A selection of news and other articles with 'no particular place to go'!

On one of my morning walks with Nutmeg four or five weeks ago I came across a wounded kestrel at the bottom of the Sewage works footpath. It had a badly damaged right eye, it couldn’t fly and its only defence was digging its very sharp talons into my fingers.

I wasn’t sure how to deal with a wild bird in this state. After a couple of attempt to pick it up – including the bloody fingers – I tried putting my handkerchief over its eyes which calmed it enough for me to hold it. It didn’t really struggle for the whole way home but looked in a really bad way. 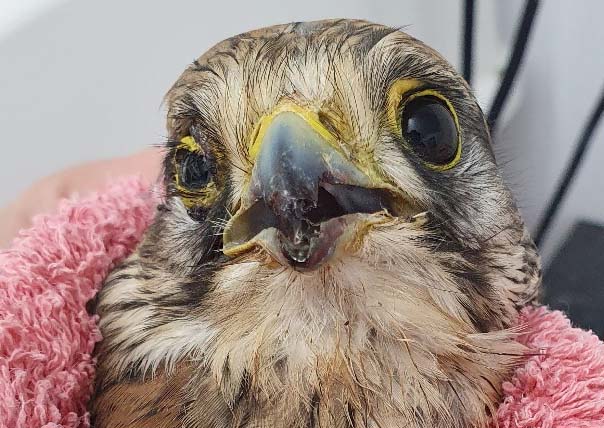 Via the Norfolk Wildlife Trust who recommended a lovely man who said he couldn’t do anything for the bird but put me in touch with a raptor rescue specialist called Jo. Jo runs the Phoenix Bird of Prey Rescue and came over to look at my female kestrel that afternoon. She took one look at it and pronounced that there was nothing she could do. The poor bird apparently had something that sounded to my deaf ears like Trowse Trichosis. I later found out it is actually called Frounce Trichomoniasis – a horrible virus endemic in pigeons who are not affected by it. It is thought, after much research, that where pigeons drink they leave a trace of the virus and if a raptor drinks soon after the raptor can catch it. In raptors it leads to blindness, damaged hearing, weakness, digestive problems and death. Great disappointment.

However the lovely Jo said she would try. There might be a small chance that a course of anti-biotics might help alongside intensive care and careful feeding. She took the female kestrel away and I thought that would be the last I would see of her.

About two weeks Later Jo phoned to say that, against all expectations, our kestrel was responding to treatment and was getting stronger. This week (last week in October) Jo rang again with the amazing news that she (the kestrel that is) was ready for release. Today, 29th October Jo brought her here and we released her by the bridge where I found her. It is Jo’s policy to release the birds she rescues from the place where it was found – seems eminently sensible. After a bit of a struggle to get out of the box she flew off in a big arc and landed in a tree by the footpath. Apparently that was a good release. She looked strong and happy to be flying again. Pity it was raining but preferable to release in rain than keep too long in captivity.

The big lesson to me was to have acted quickly. Another few hours may have triggered a less happy outcome. If you find yourself in similar circumstances please do act quickly.

Jo at Phoenix can be contacted on 07914 661385 and her website is www.phoenixbirdofpreyrescue.org.

On Sunday we had a virtual Open Gardens in Forncett via our Facebook page as the real event couldn’t be held. We had no idea how it would be received or indeed if members would post their photos on the D and D Facebook page. It was a real success and we are going to share a selection of the photos from members of the group and from the allotments who were going to start off the event. Thank you everyone for agreeing to share your photos on the Forncett website which can be seen on the Virtual Open Gardens Page.

Forncett has an amazingly rich history that has been documented in detail over the years by the Forncett History Group and especially by its Chairman, John Webster. However much of this history is not widely known and in recent discussions the History Group decided that a dedicated web site would help to address this. Our new website is now live at www.forncetthistory.net and we hope that lots of people, both within the village and much further afield, will take the time to visit it. The site can be viewed on desktop computers, laptops, tablets or phones.

This is a project that is very much “in progress” so please revisit the site from time to time to see what’s new. We are also very keen to have input and feedback. If you find any errors, or if there are topics or stories that you think we could include please let us know. We are also always very interested in historical photos of Forncett – both of places and people. You can get in touch through the “Contact Us” section of the web site or by emailing me () or John Webster ( ). We look forward to hearing from you.

Whilst those familiar bucolic views of our village are very attractive I thought you might like to see some of the area where most Forncettians reside. It's my son's drone and he is a strict complier with the Civil Aviation Authority Rules. 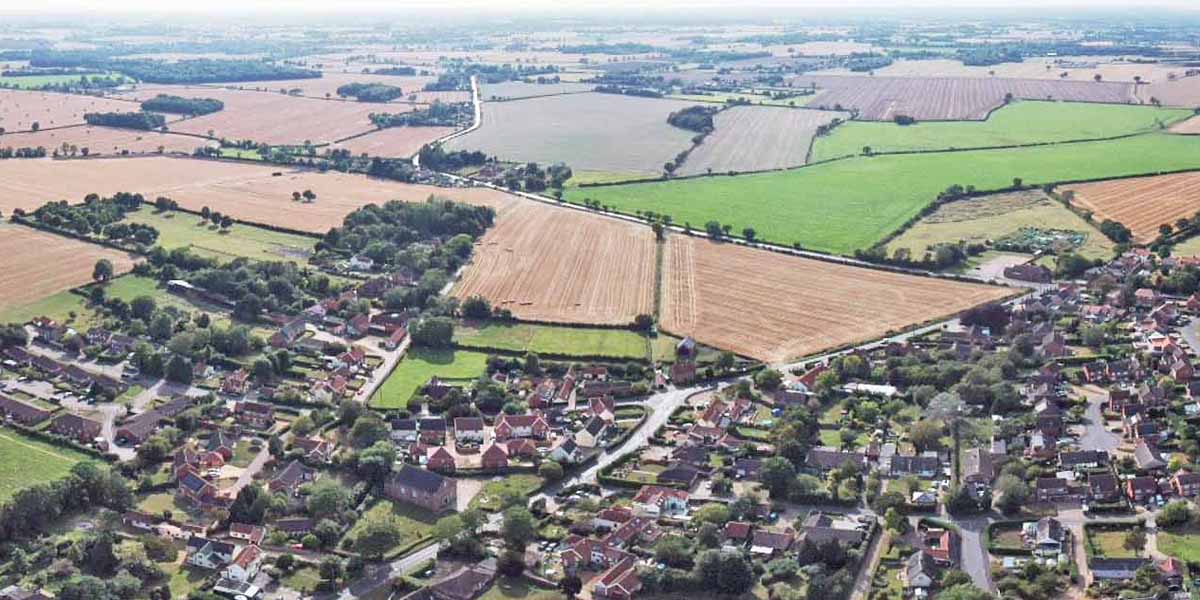 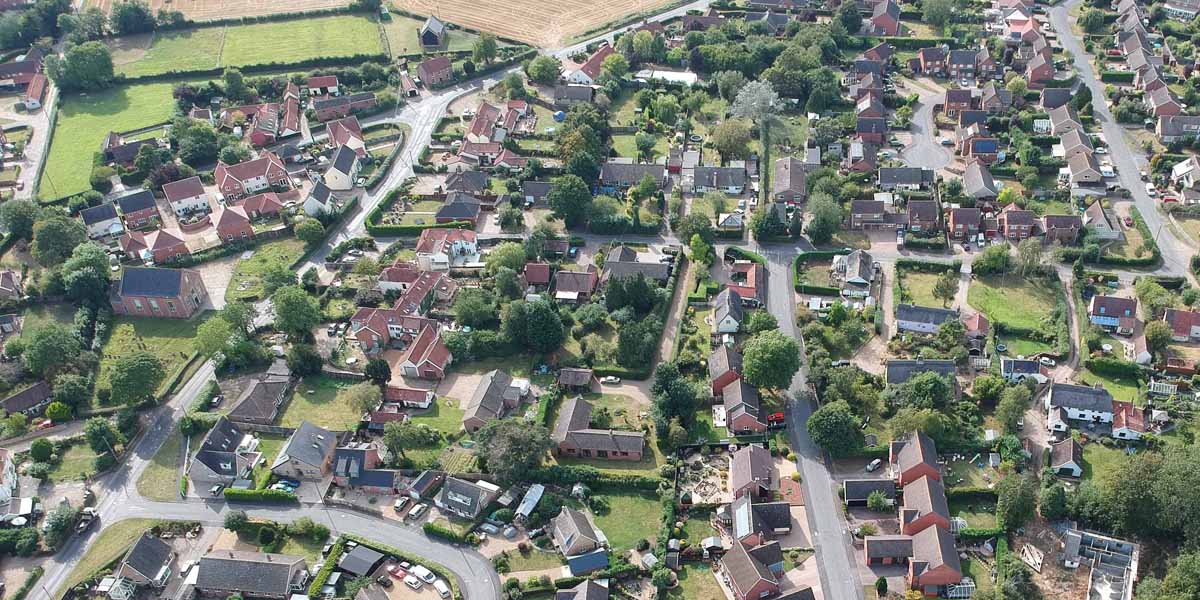 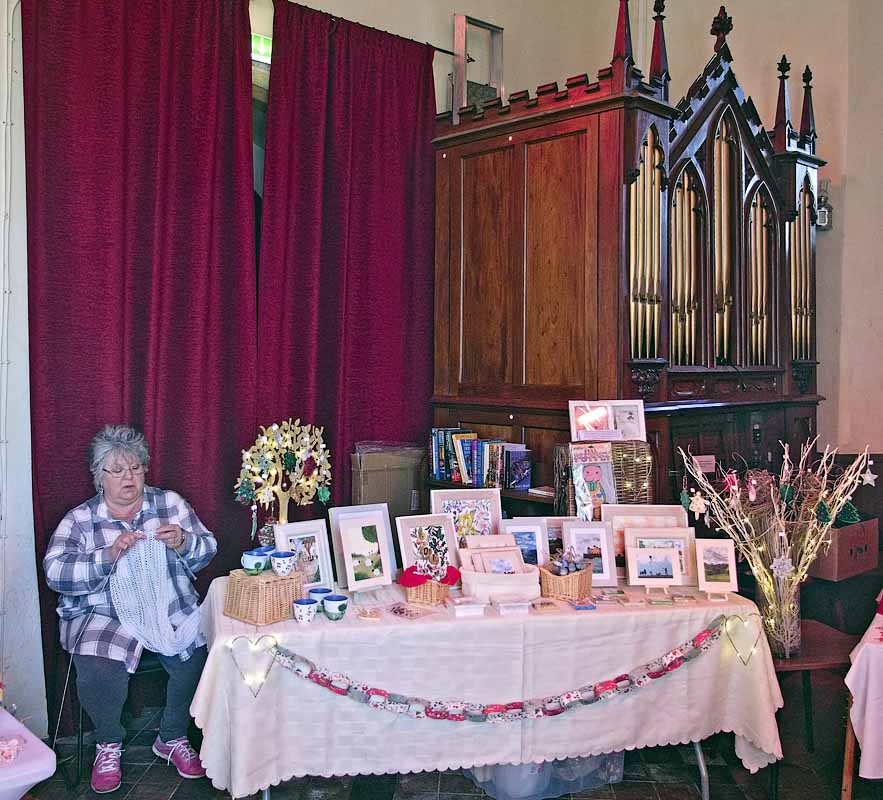 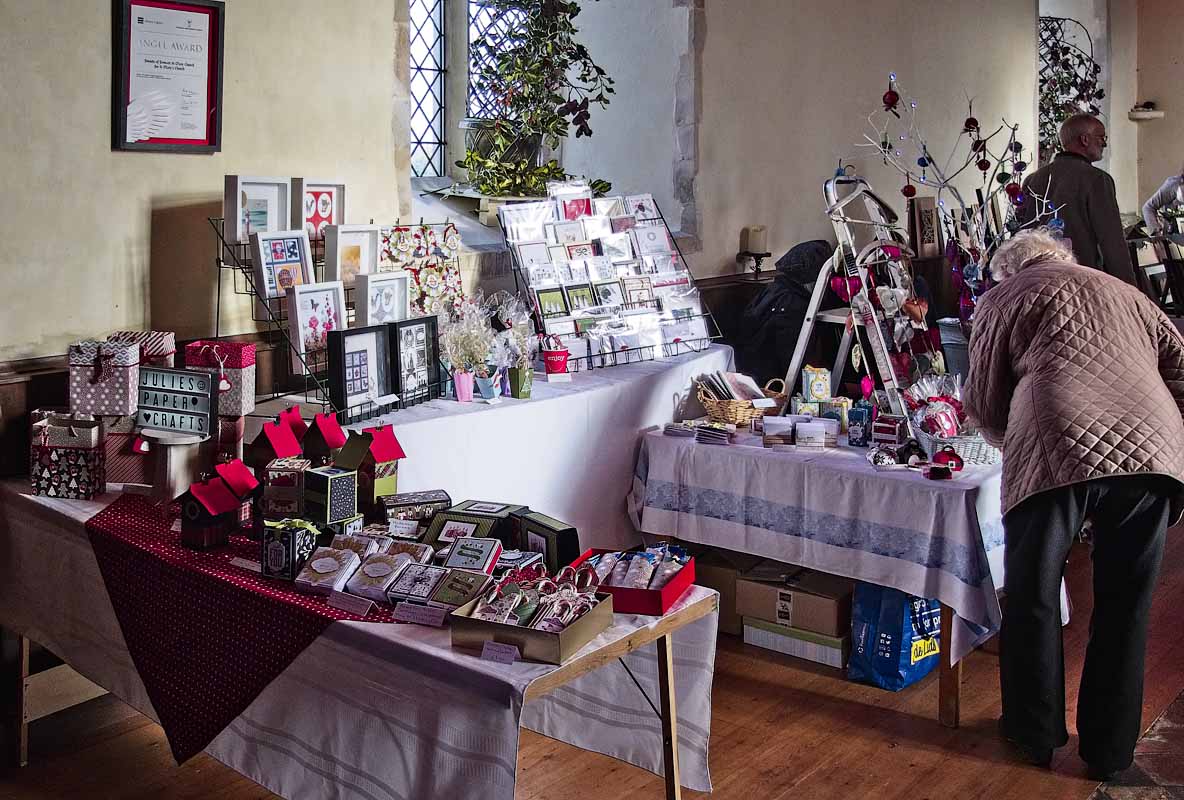 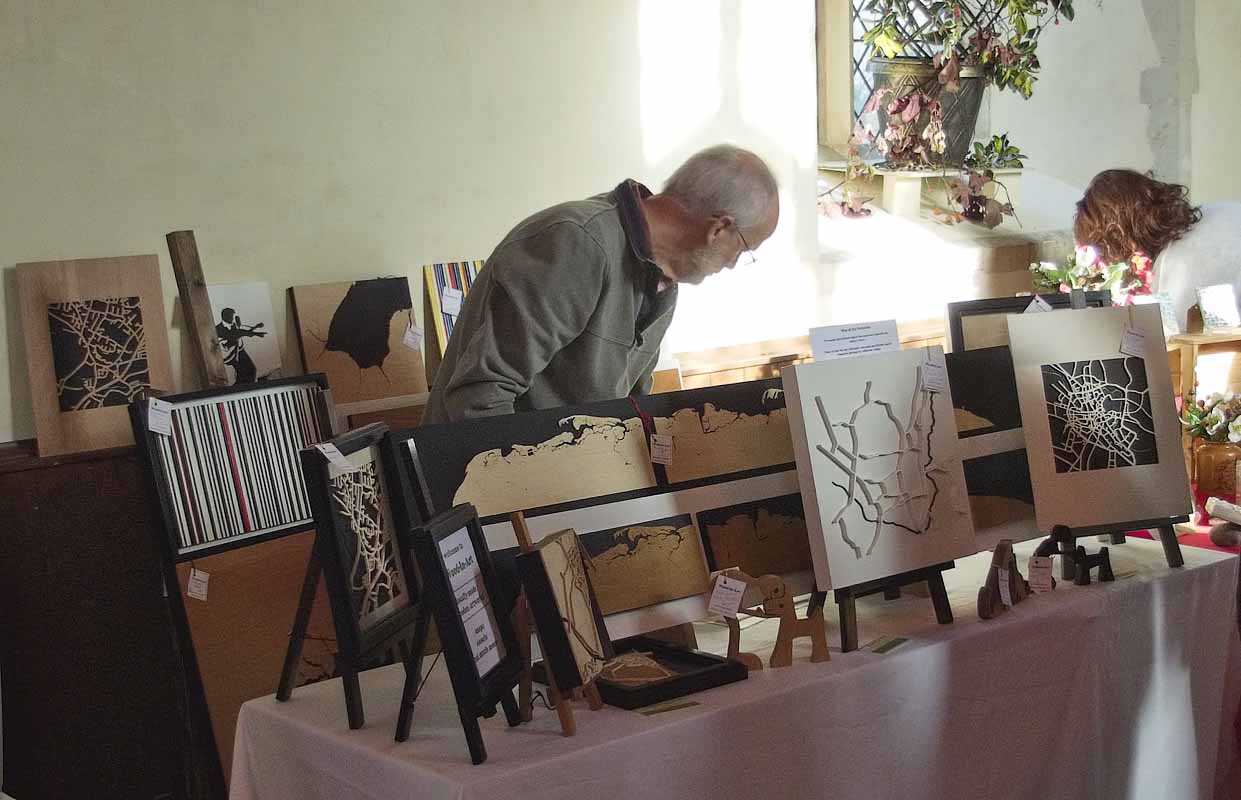 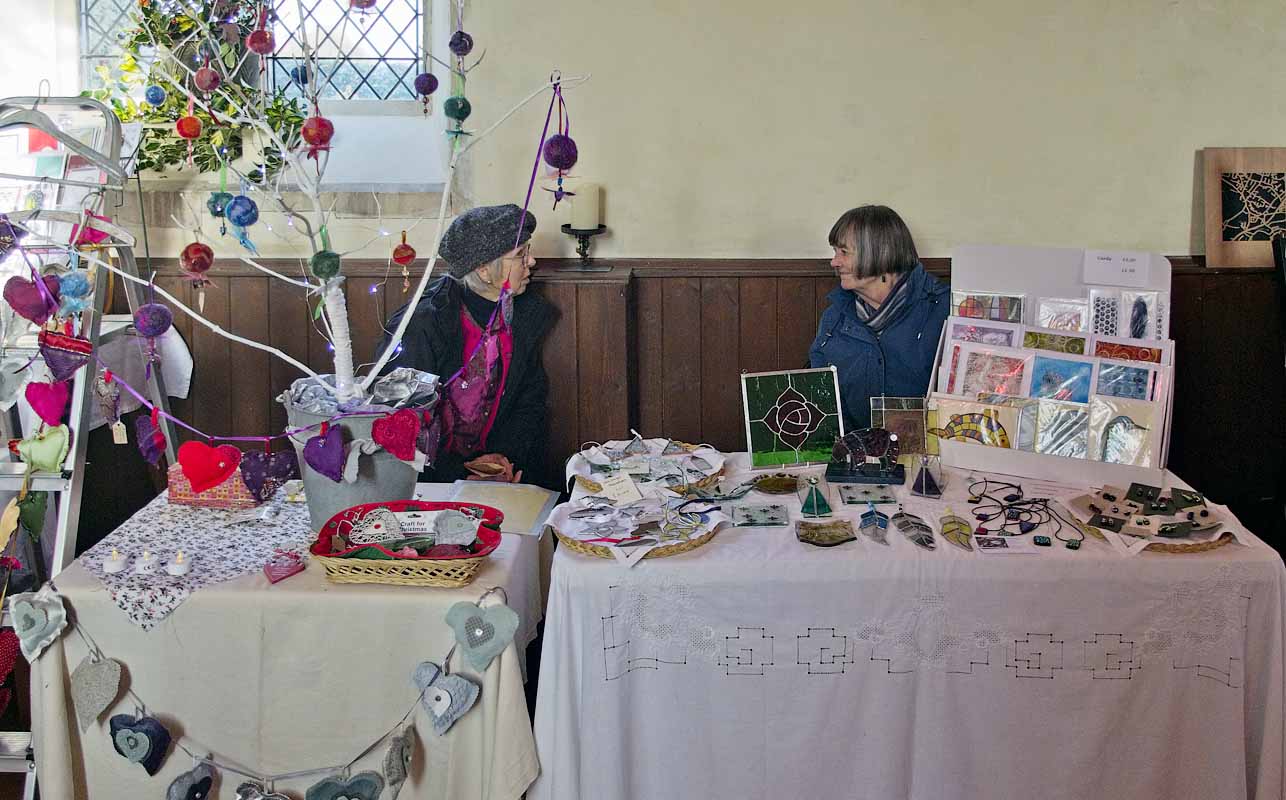 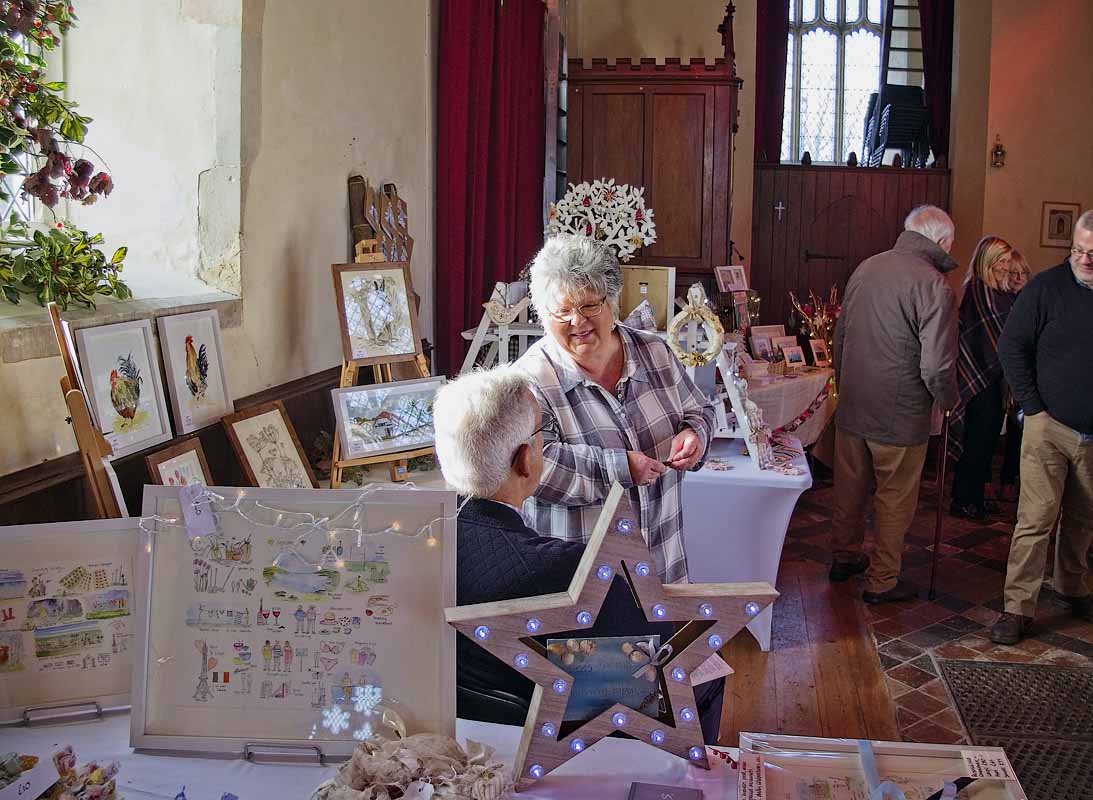 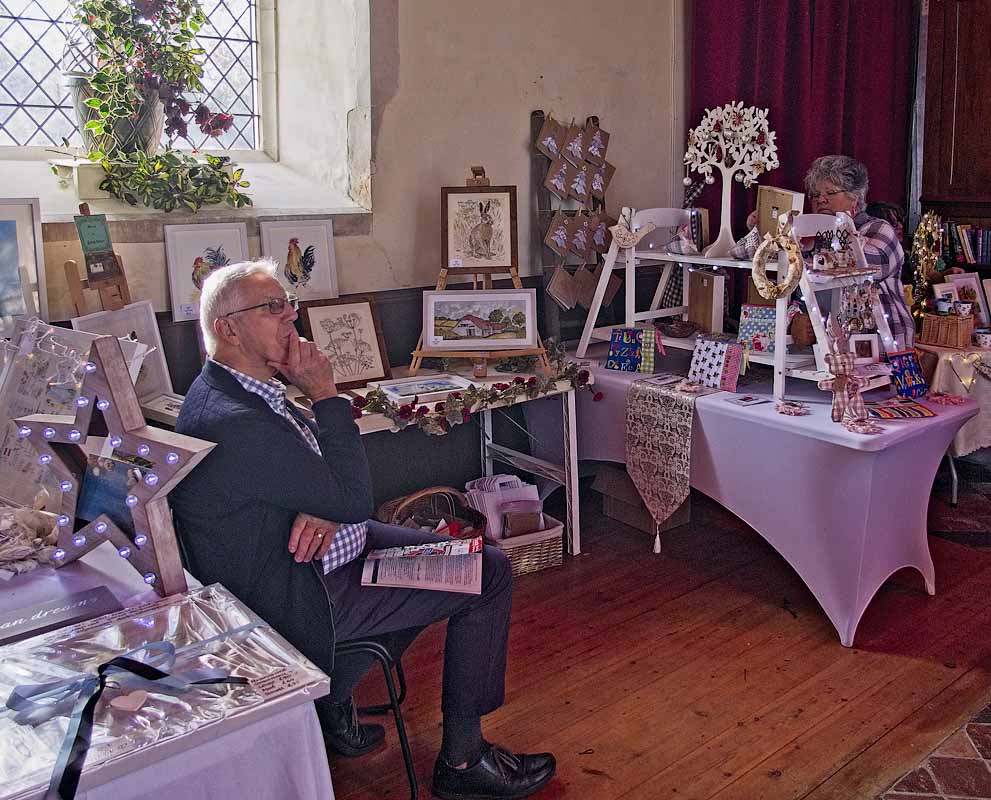 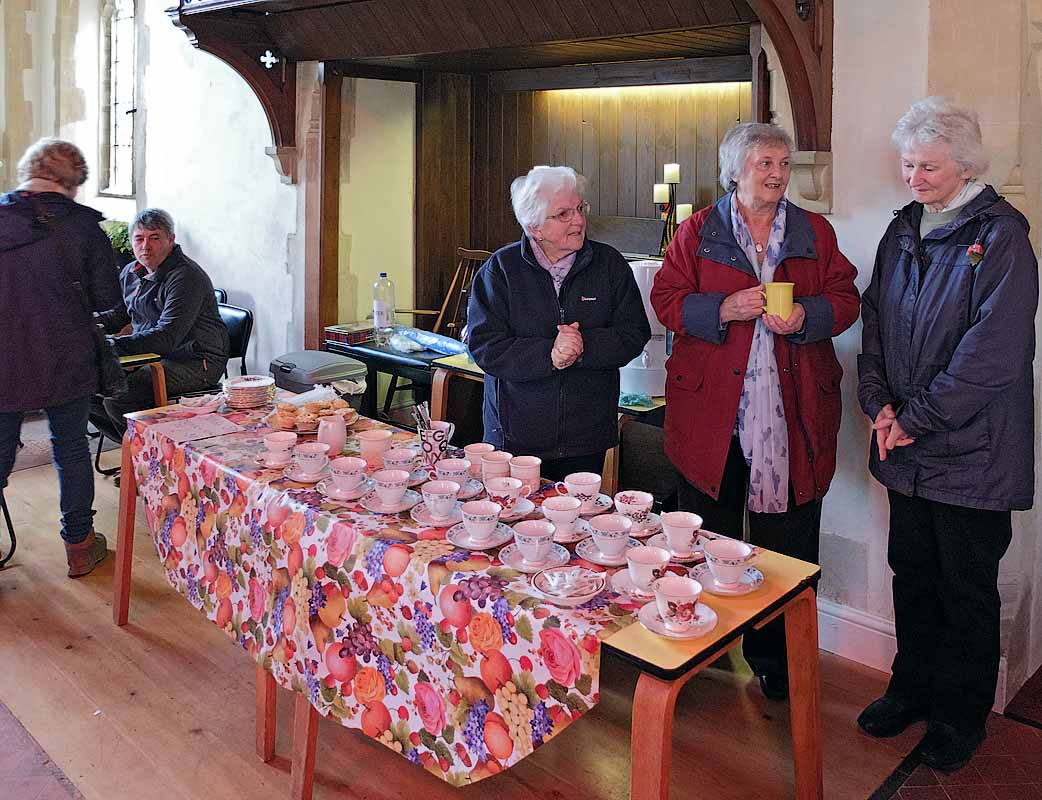 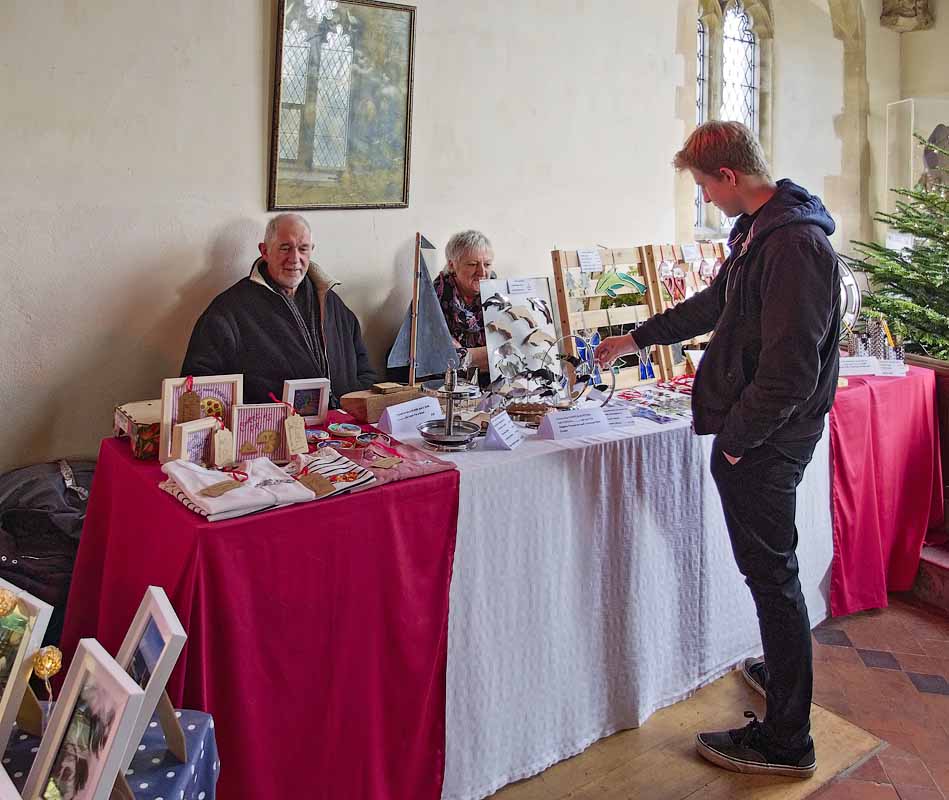 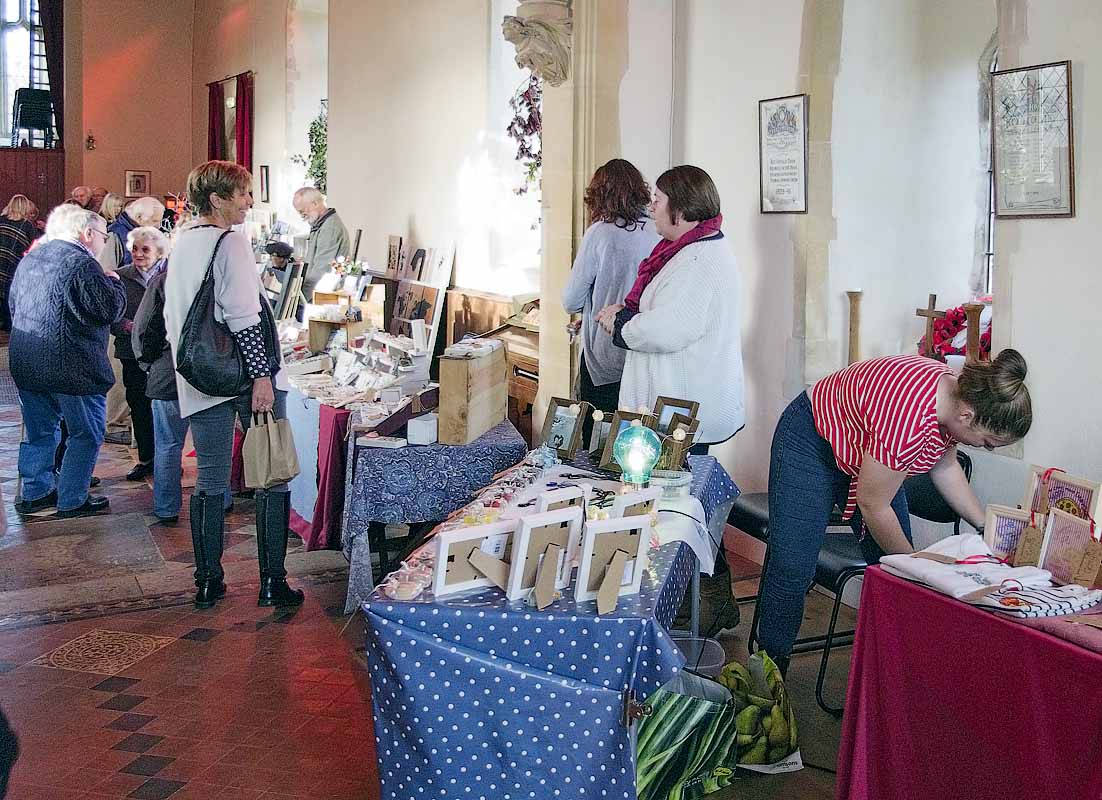 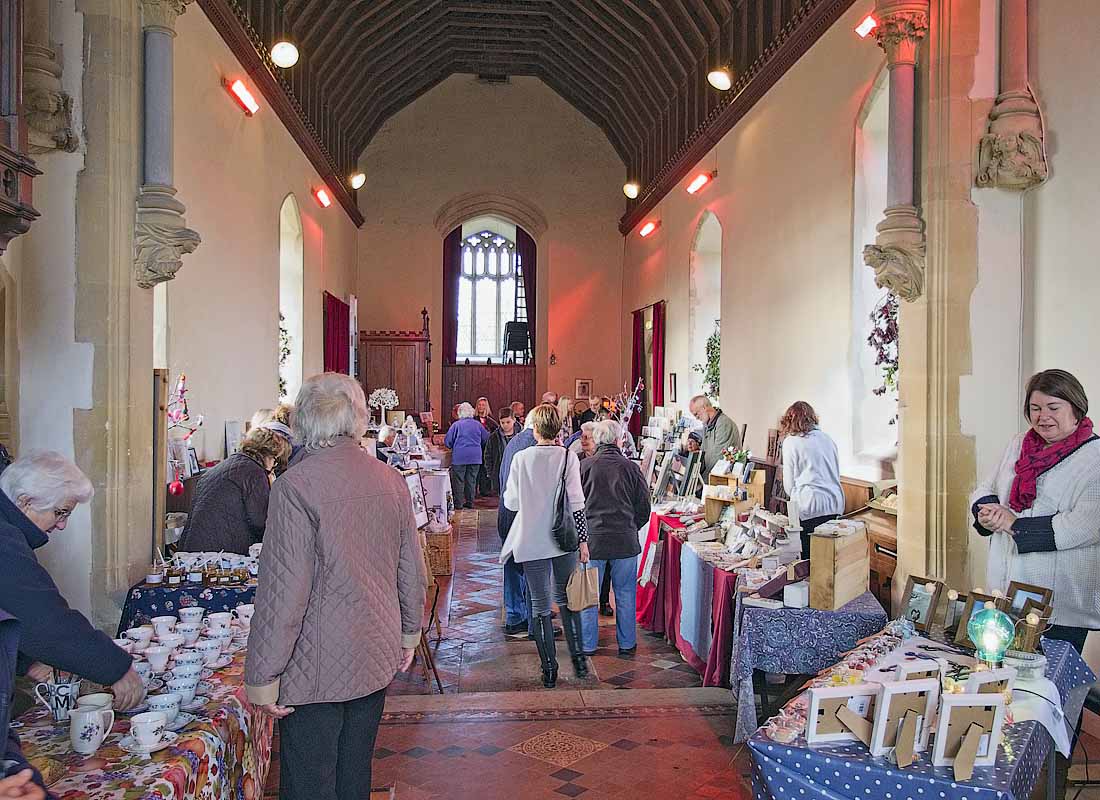 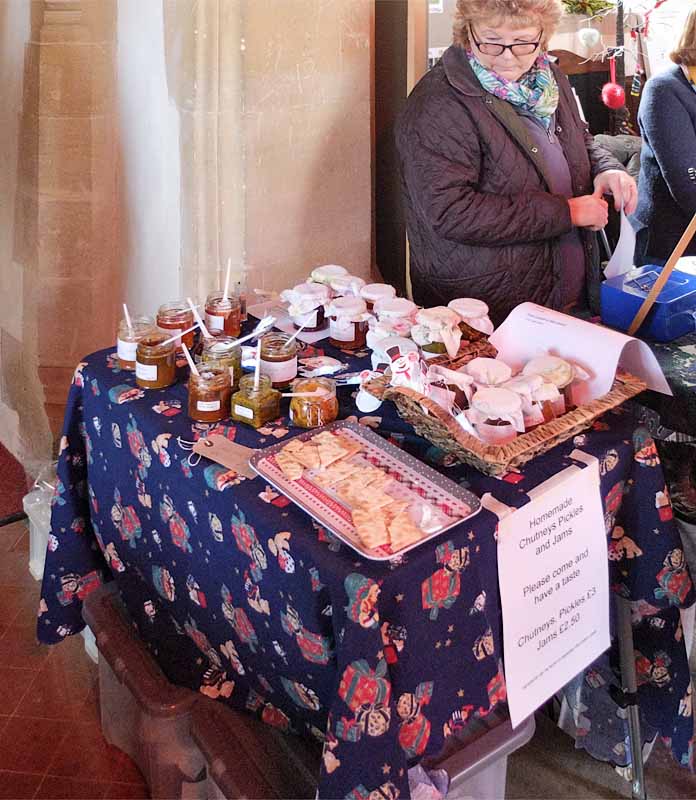 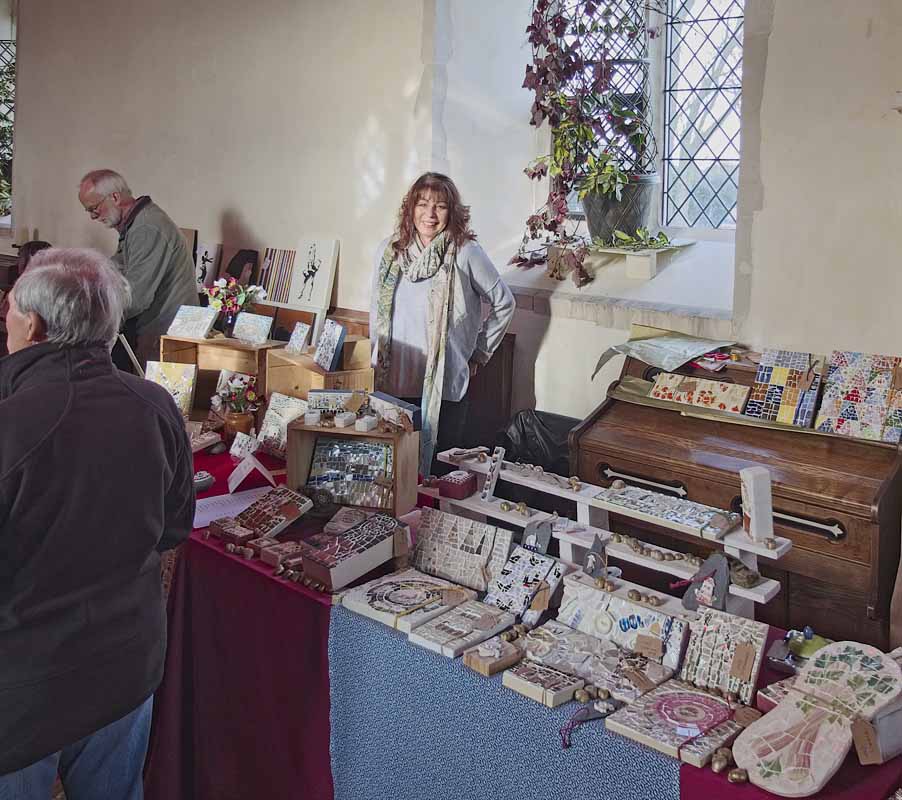 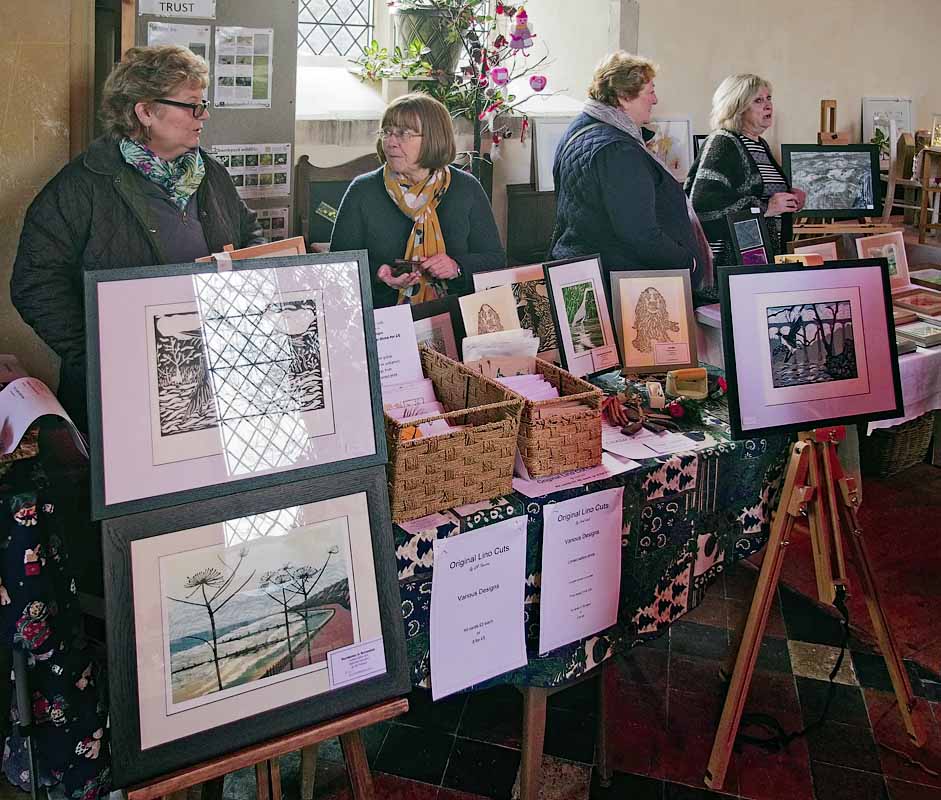 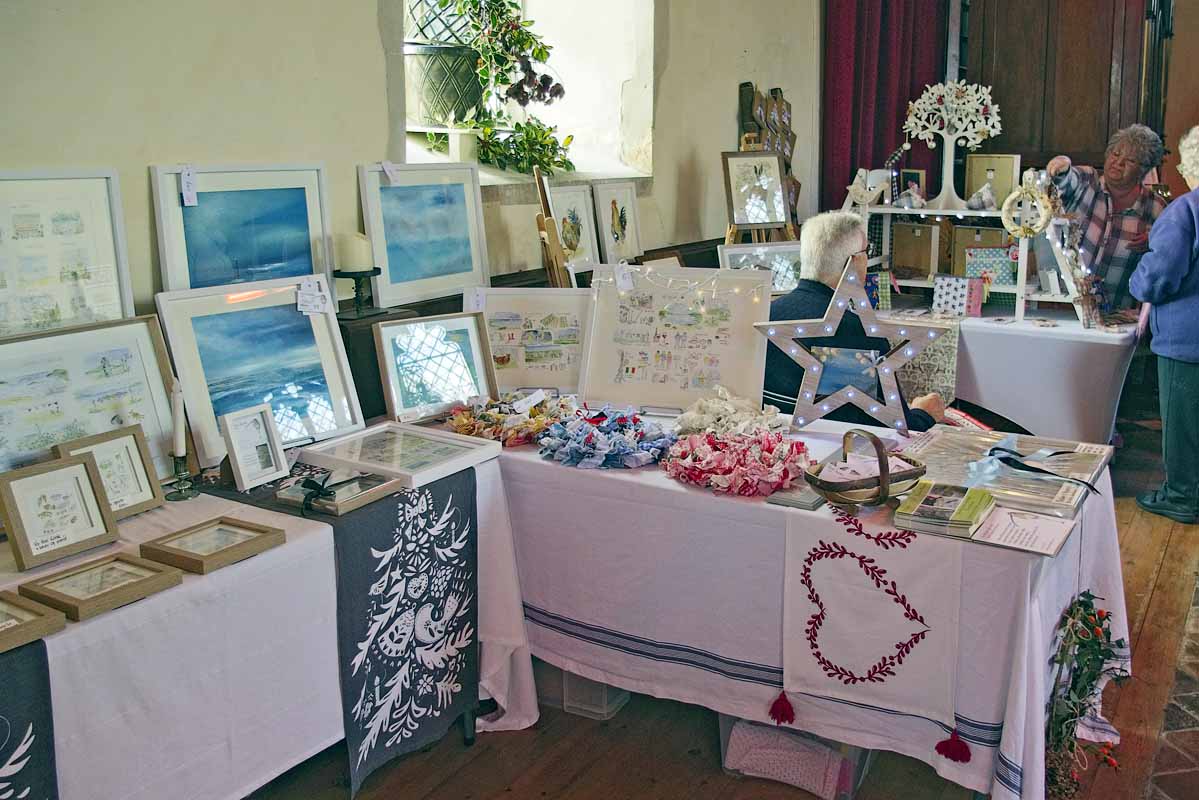 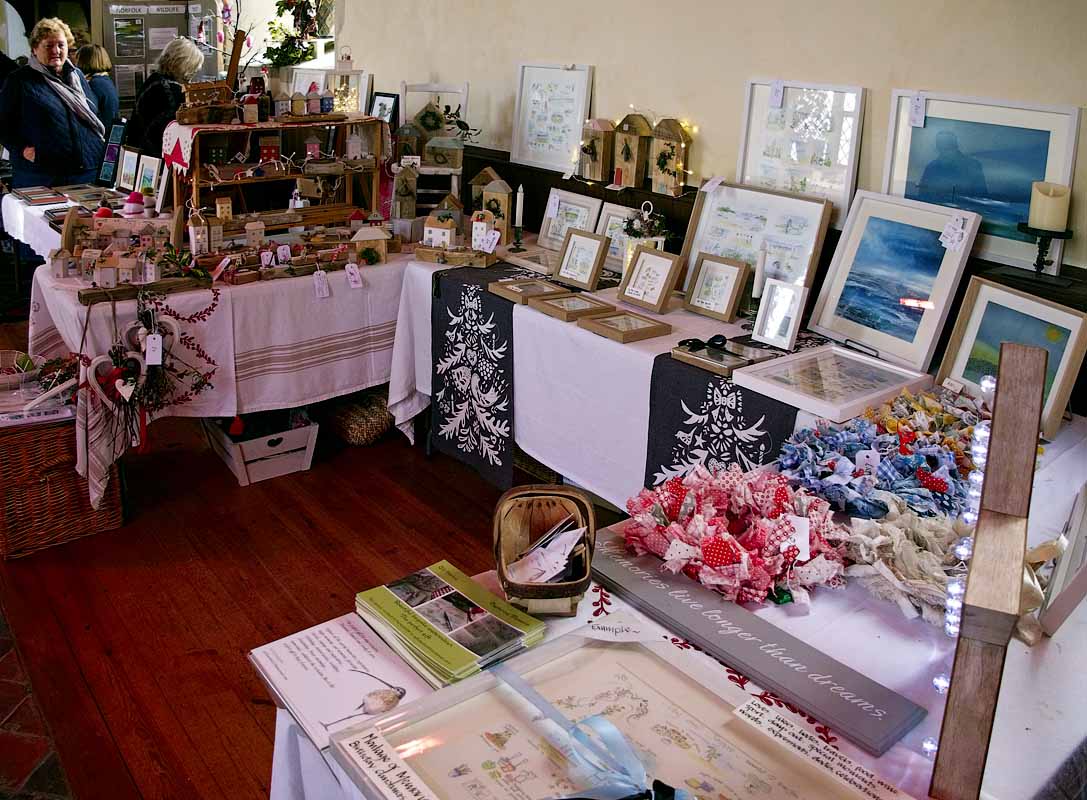 There was a great atmosphere, created by beautiful lighting, glowing Christmas trees and lots of happy chatter and colourful creations. This all came together, promoting a very Christmassy feel to the venue. Hot drinks and mince pies added to the occasion, so there was plenty of time to sit and enjoy the scene. We were treated to a perfect performance by the wonderful ‘Clangers’ – the bell ringers from St Peters School. We were even given the opportunity to ‘have a go’ which was very entertaining.

Well done to all the stall holders in the Art Group, to Graham and May and their little Church team for helping us host the event and thankyou to everyone for supporting us and for buying lots of gifts from us.

After the deluge which wiped out the 2016 Fete in mid afternoon, we were blessed with near perfect weather for the 2017 event.  Consequently, the crowds came out to enjoy everything on offer - as can been seen from the selection of Su's photo's.  The trailer rides to and from the Steam Museum (which also opened specially for the afternoon) were much appreciated, as were the wide variety of stalls, stands and games.  Refreshments from the BBQ, teas in the Hall, bar, ice creams etc went down well with everyone ... and the many children (when they were not performing in the ring) enjoyed the petting area, bouncy castle and all the other games.

Net profit from the afternoon was £2933, meaning that almost £978 was donated to each of Forncett School, Little Tractors Playgroup and the Village Hall.  Thanks to everyonewho came along or helped in any way.

We’ve been asked if the use of the sign actually has any effect on the speeding behaviour of drivers but this is difficult to prove conclusively without comparative data being obtained when the sign is not operating. However, the manufacturer advised that the sign could be put into ‘stealth’ mode which sounds sinister but simply means the vehicle numbers and speed data can continue to be logged without the speed display working. So when the sign was located on Mill Road in early June it was operated normally for the first week and in stealth mode for the second week. I won’t claim this to be a highly scientific exercise but the results are interesting. In the first week 48% of all vehicles were exceeding 35 mph and in the second week when the display was turned off this increased to 55%. So it does seem reasonable to infer that the sign does have a positive impact on driver behaviour — unfortunately this doesn’t disguise the fact that over the two weeks 78% of all drivers, some 7,459, exceeded the 30 mph limit with 219 exceeding 50 mph! This location remains the worst for speeding and clearly isn’t a particularly good place to be a pedestrian.

For details and tables of the results please 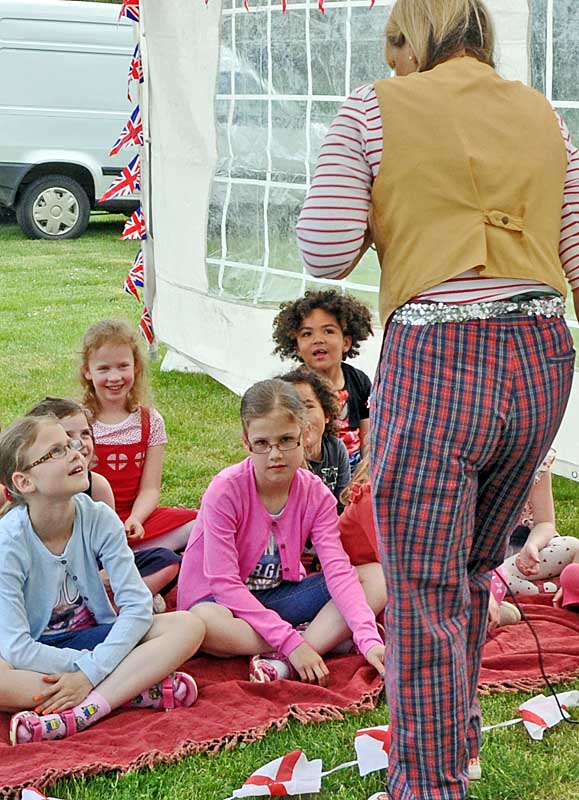 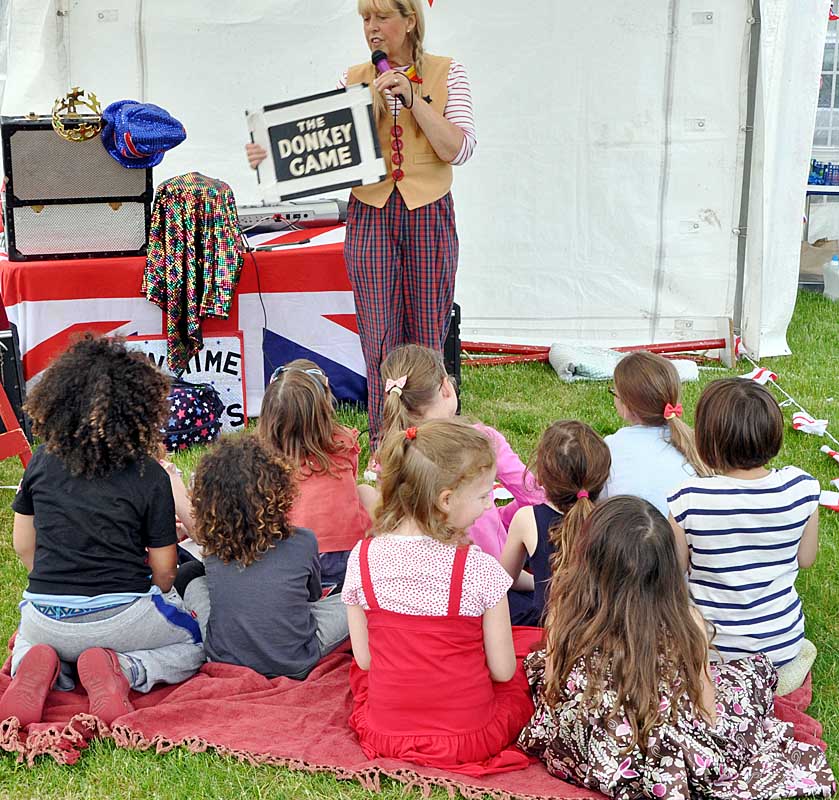 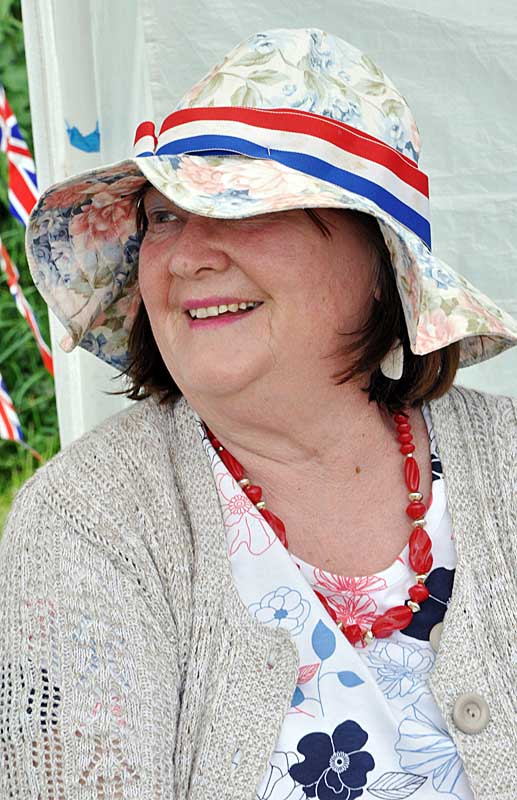 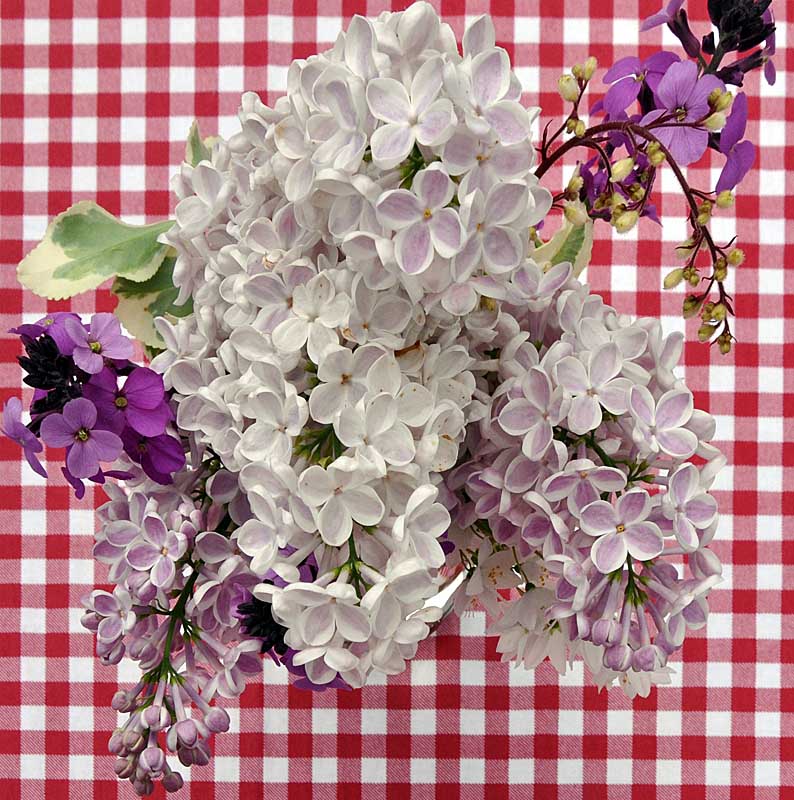 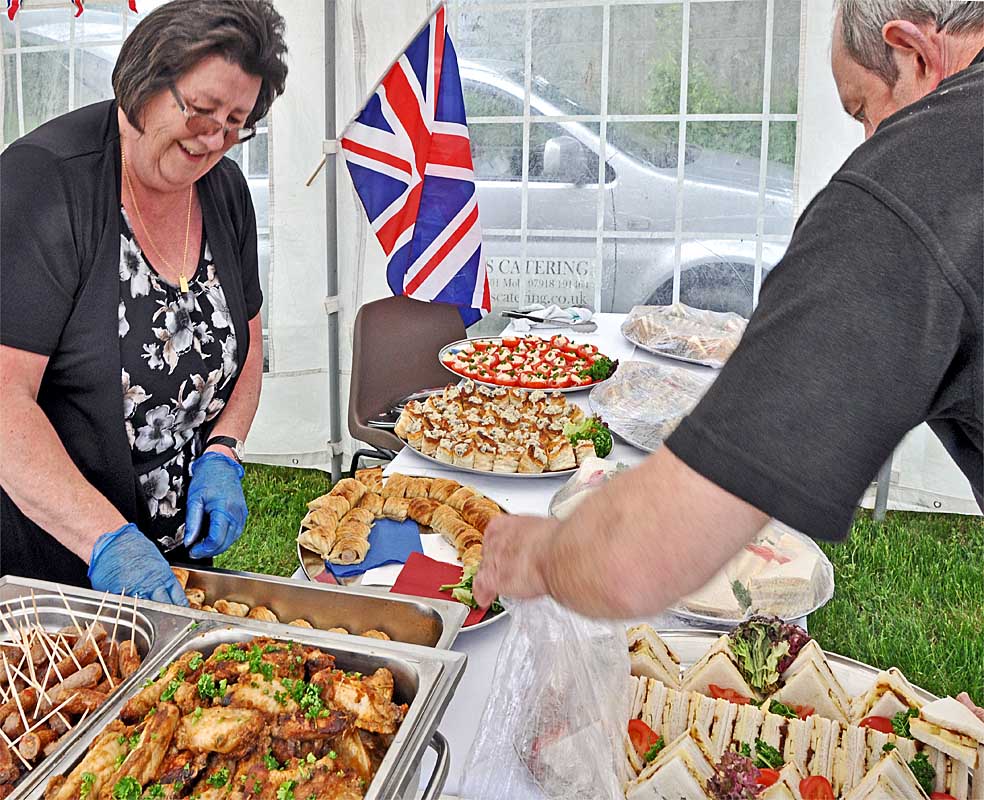 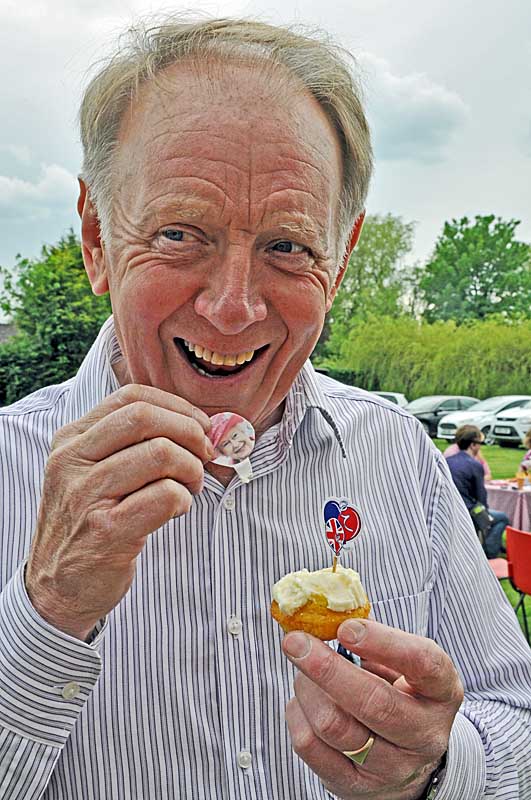 On Sunday 22d May, thanks to a grant from South Norfolk Council, about 100 residents joined our celebration of The Queen’s 90th birthday.

The children enjoyed a variety of entertainment from Frances, JMS Catering (Jan and Mike Smail) provided a fabulous savoury buffet; Jackie and Gill produced lots of beautifully decorated ‘fairy cakes’; Barry supplied all that was needed from the Bar and thanks to Andrew for the PA system.

We all enjoyed near perfect weather on Jubilee Green and the chance to meet old friends and make new ones. Thanks to all who helped get everything ready in the morning, who came along to join the celebrations in the afternoon ... and helped clear up in record time at the end.