Owing to a torrential thunderstorm the afternoon session came abruptly to an end! 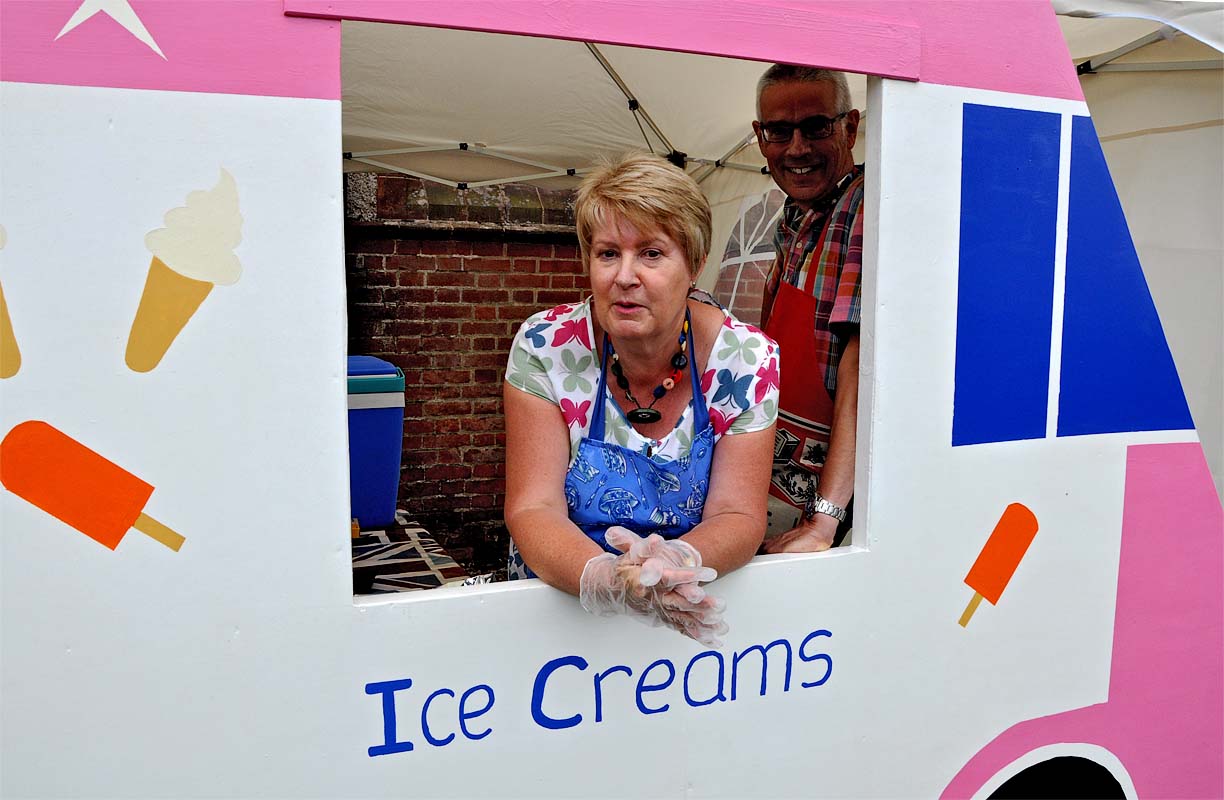 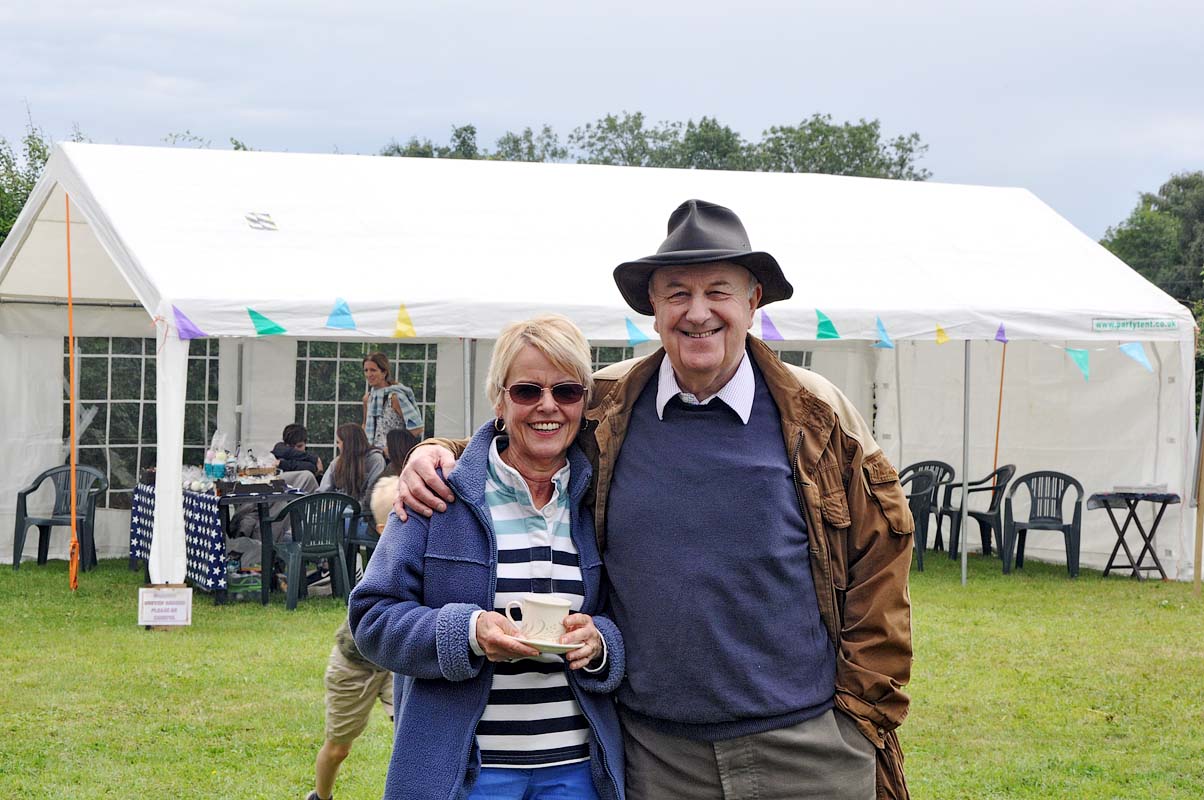 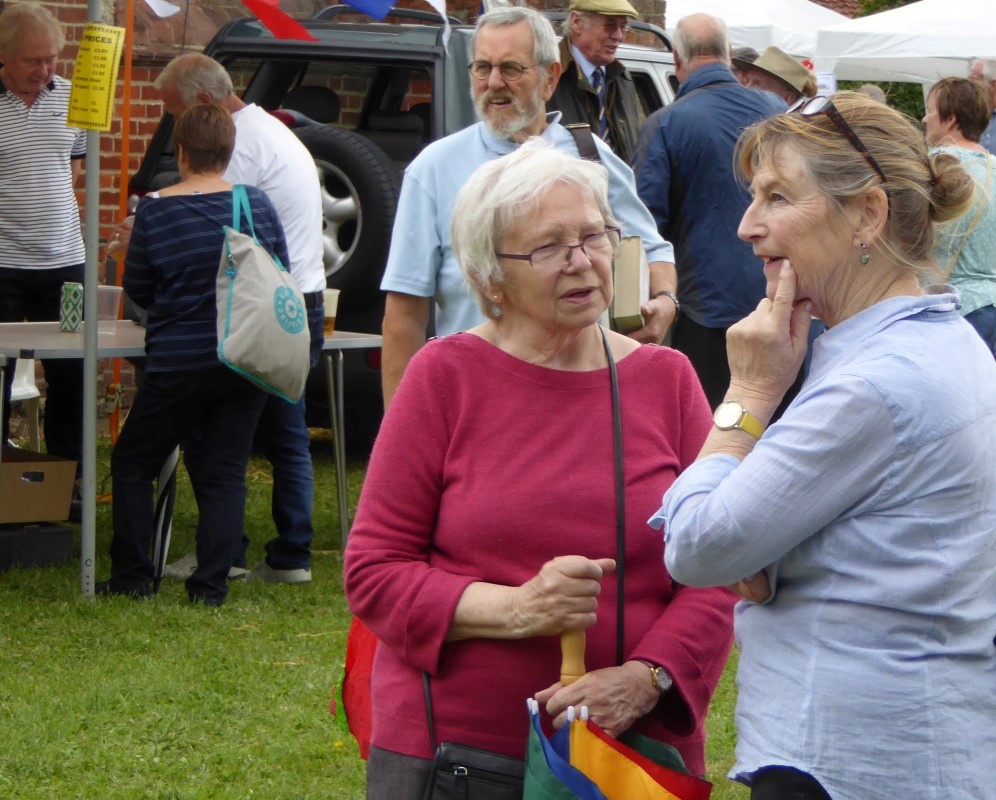 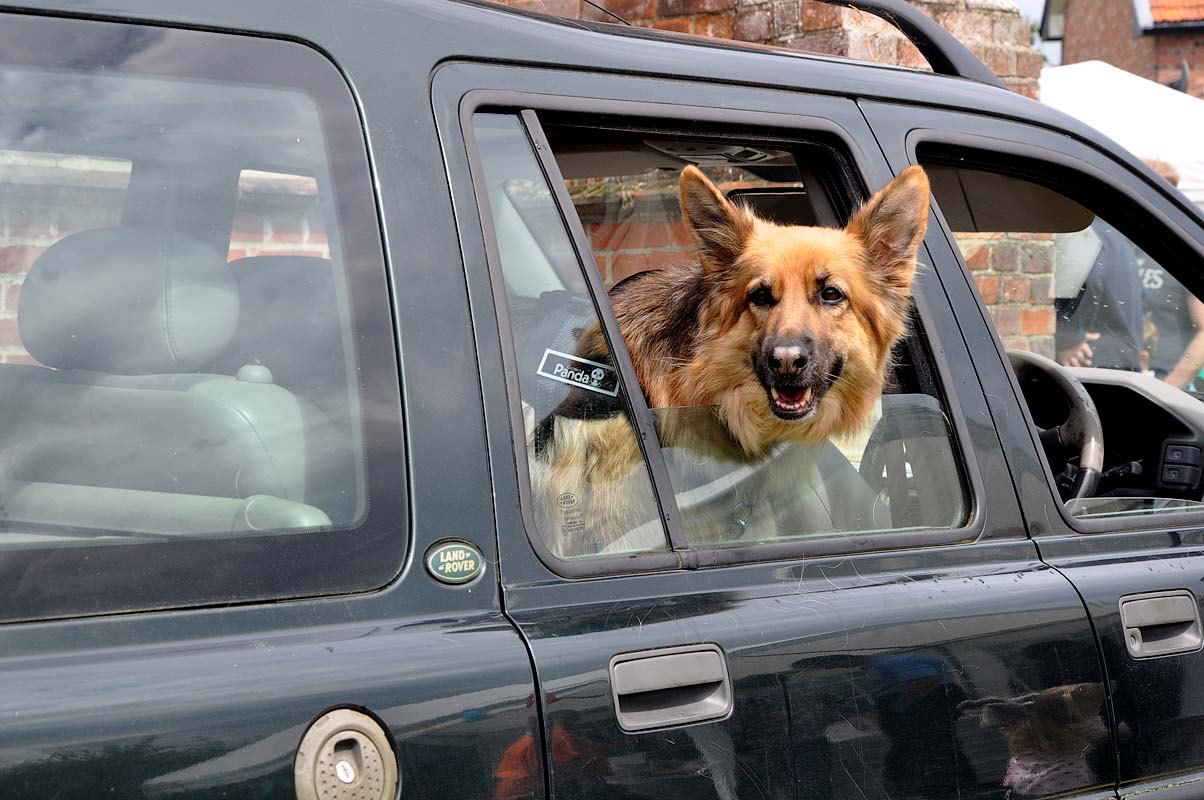 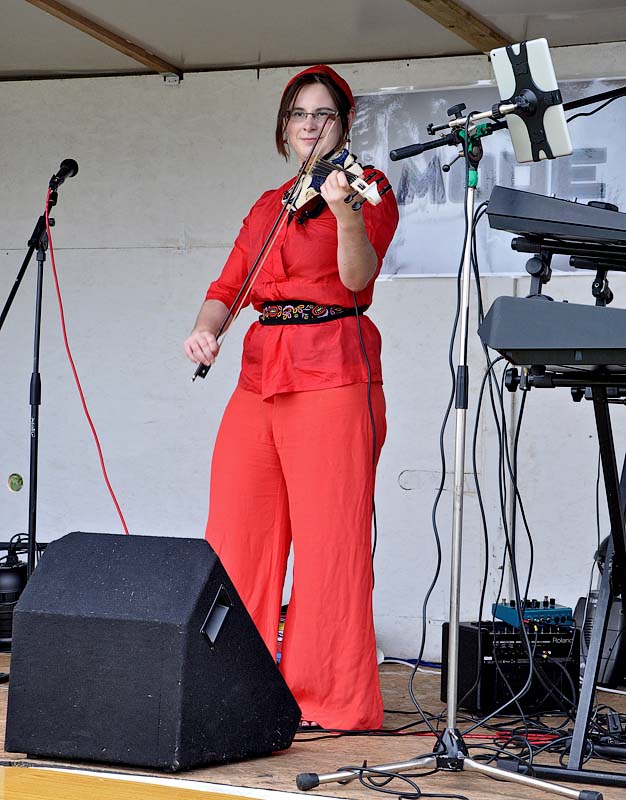 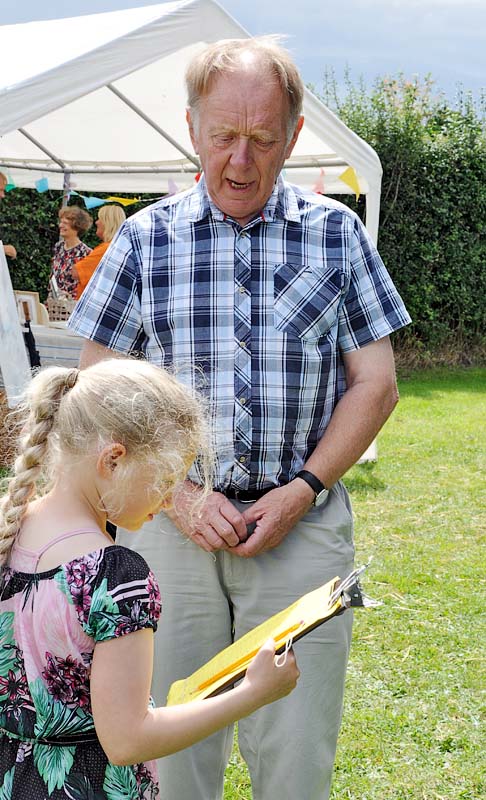 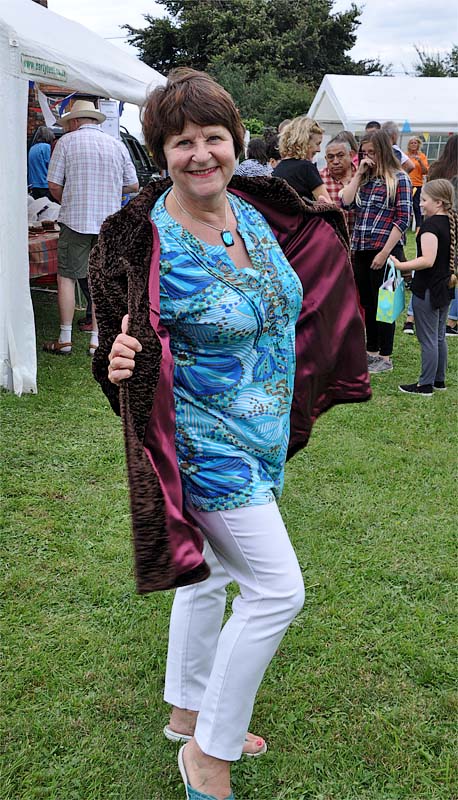 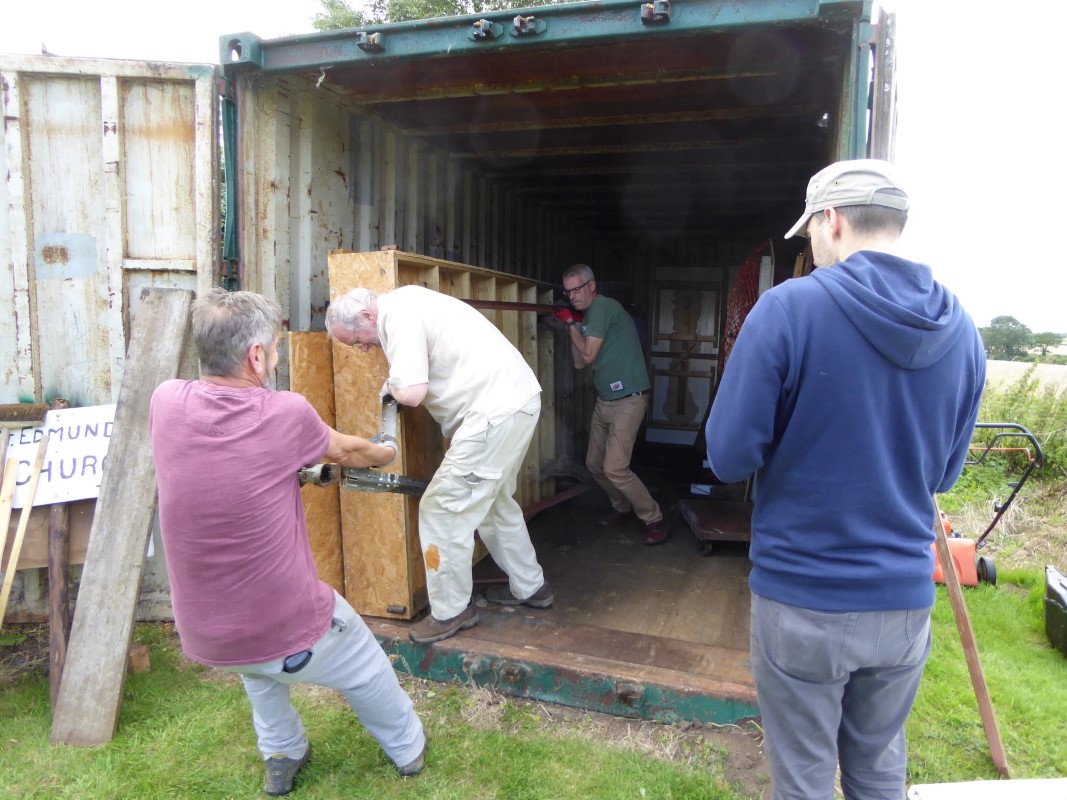 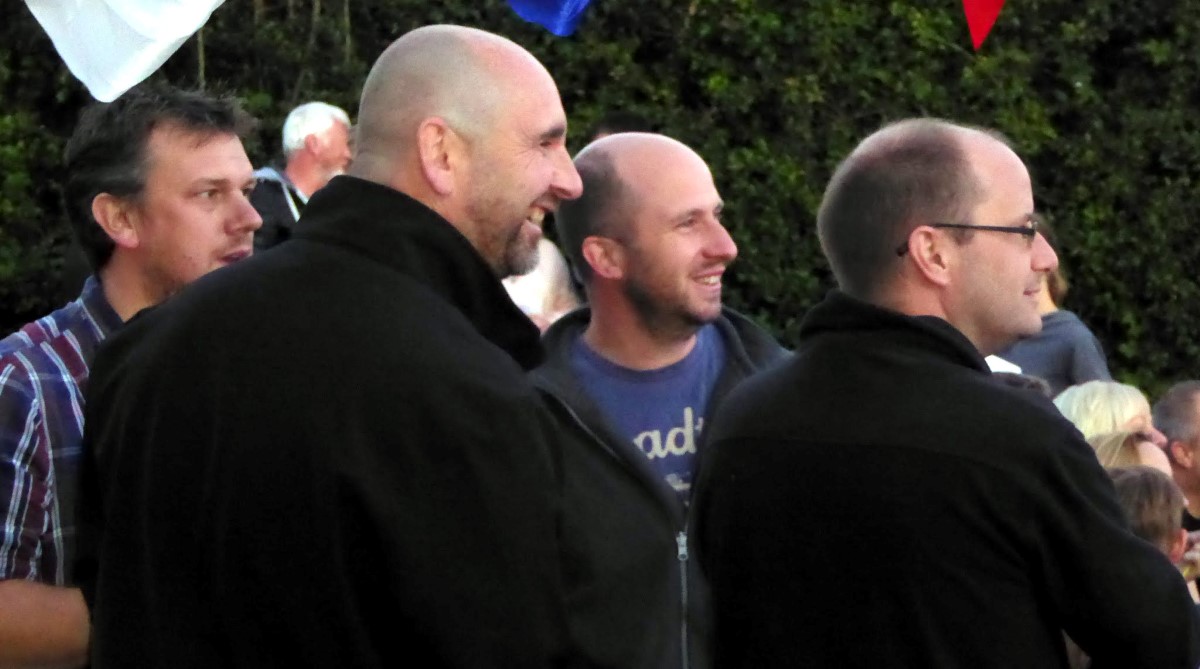 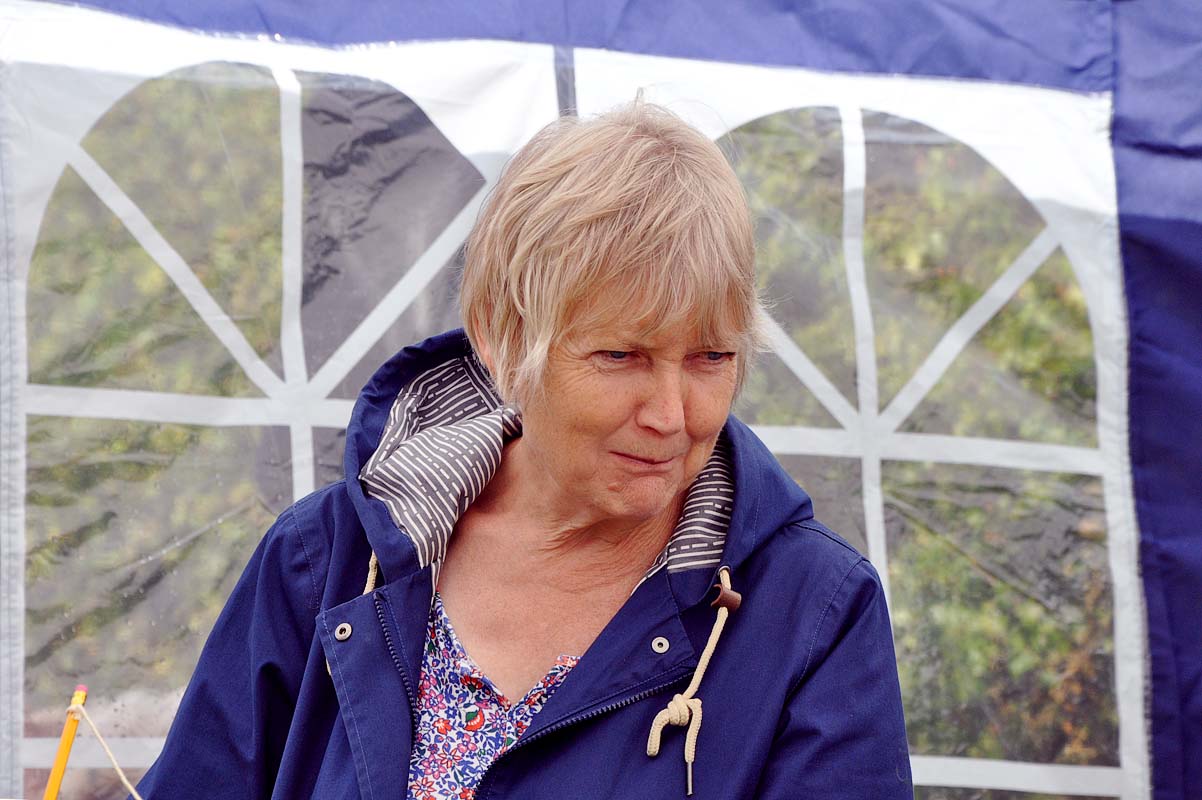 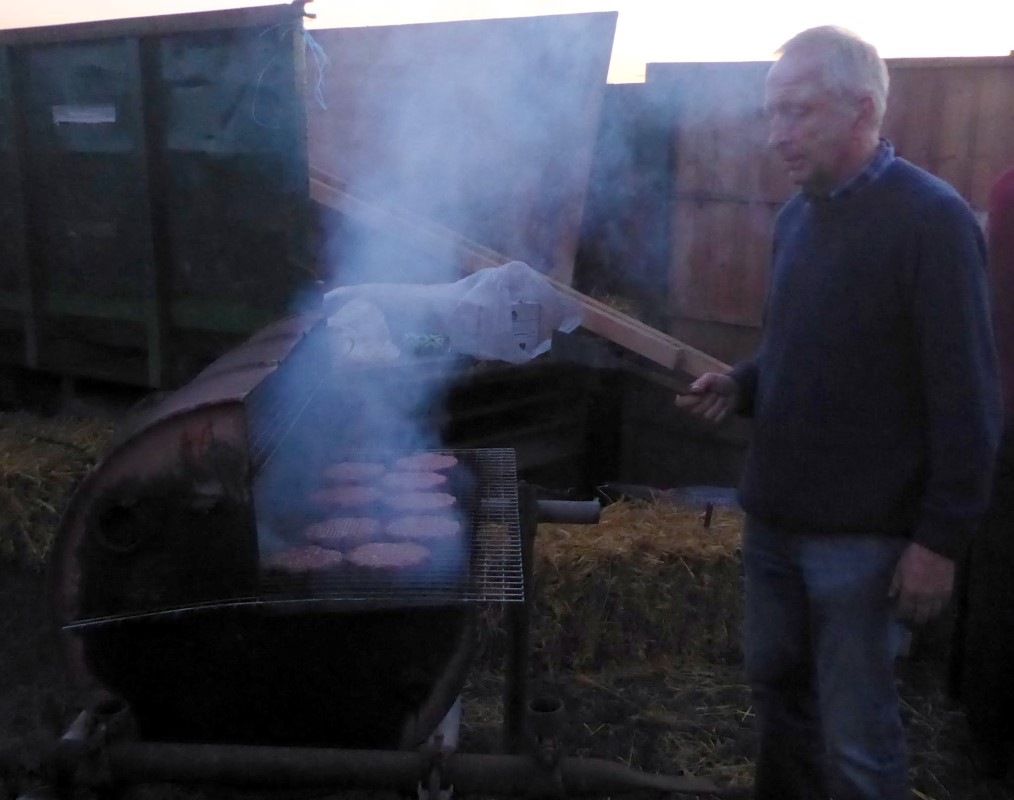 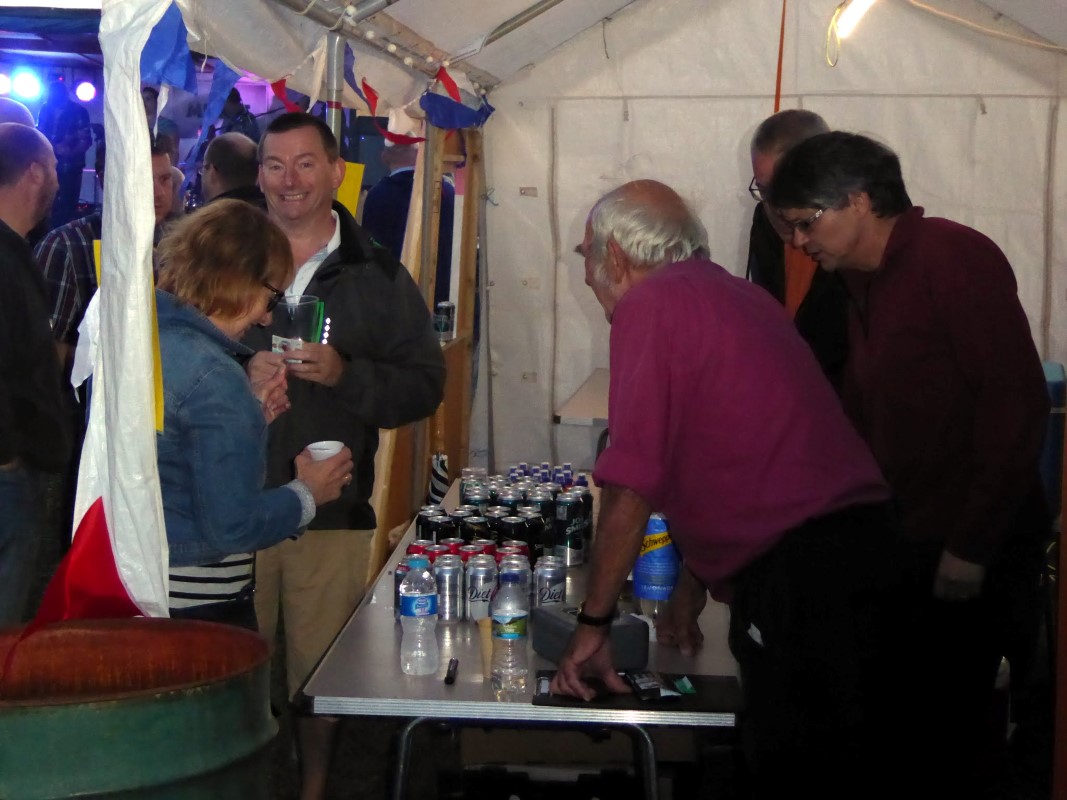 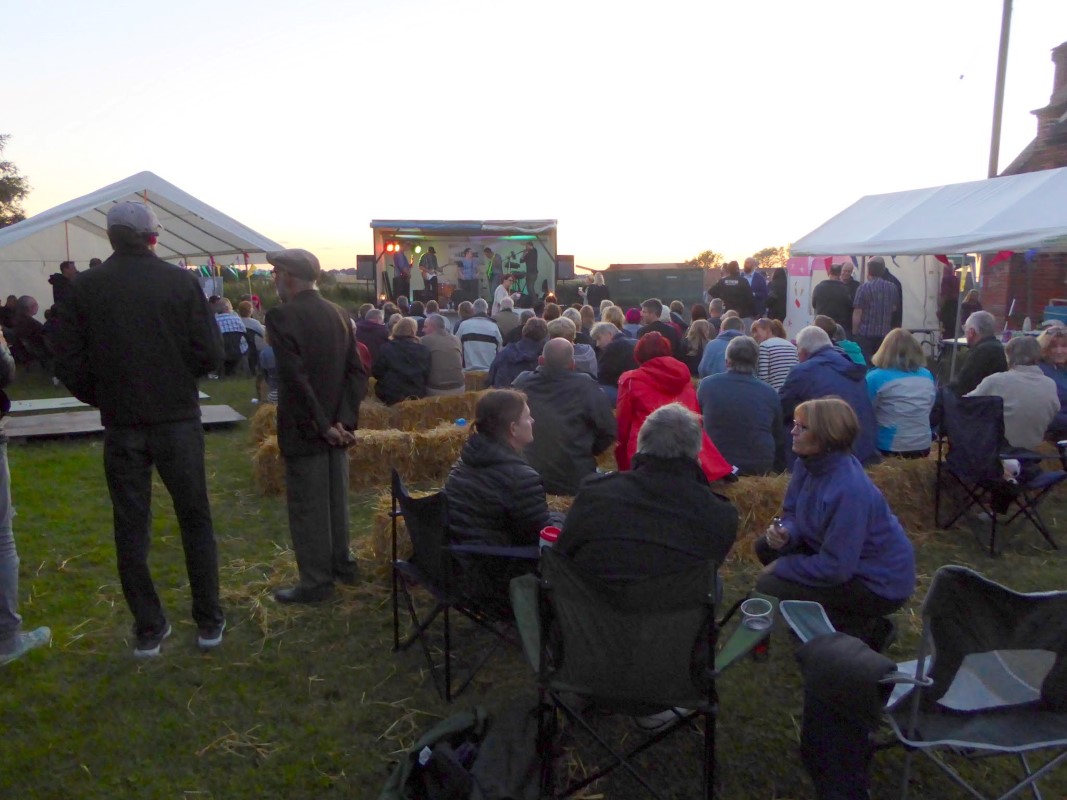 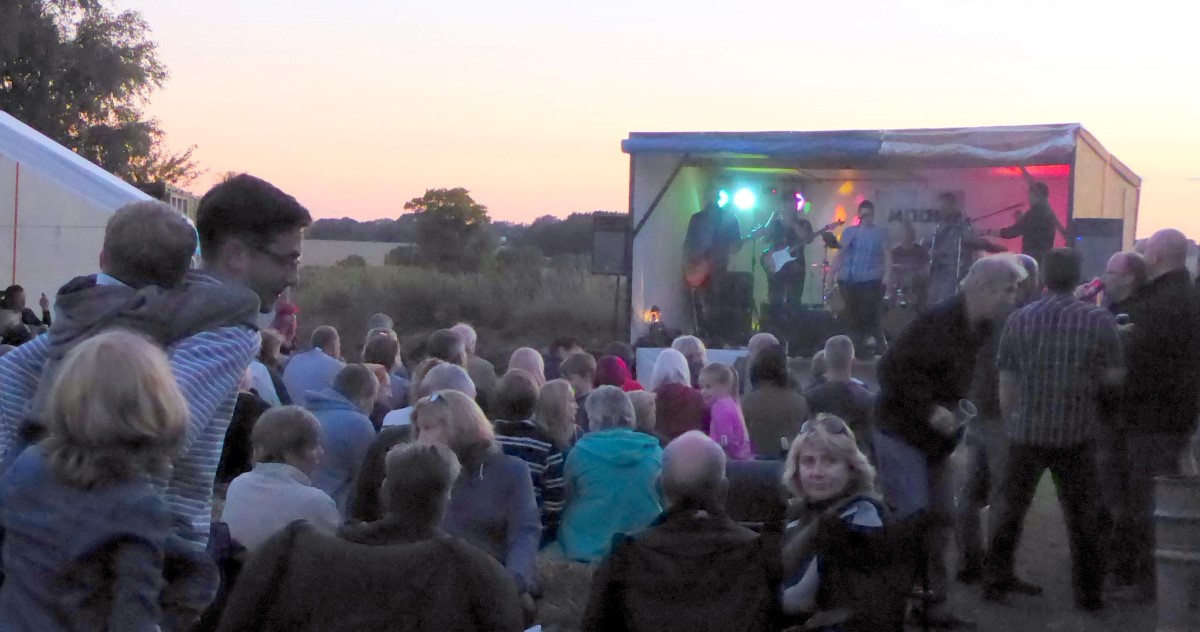 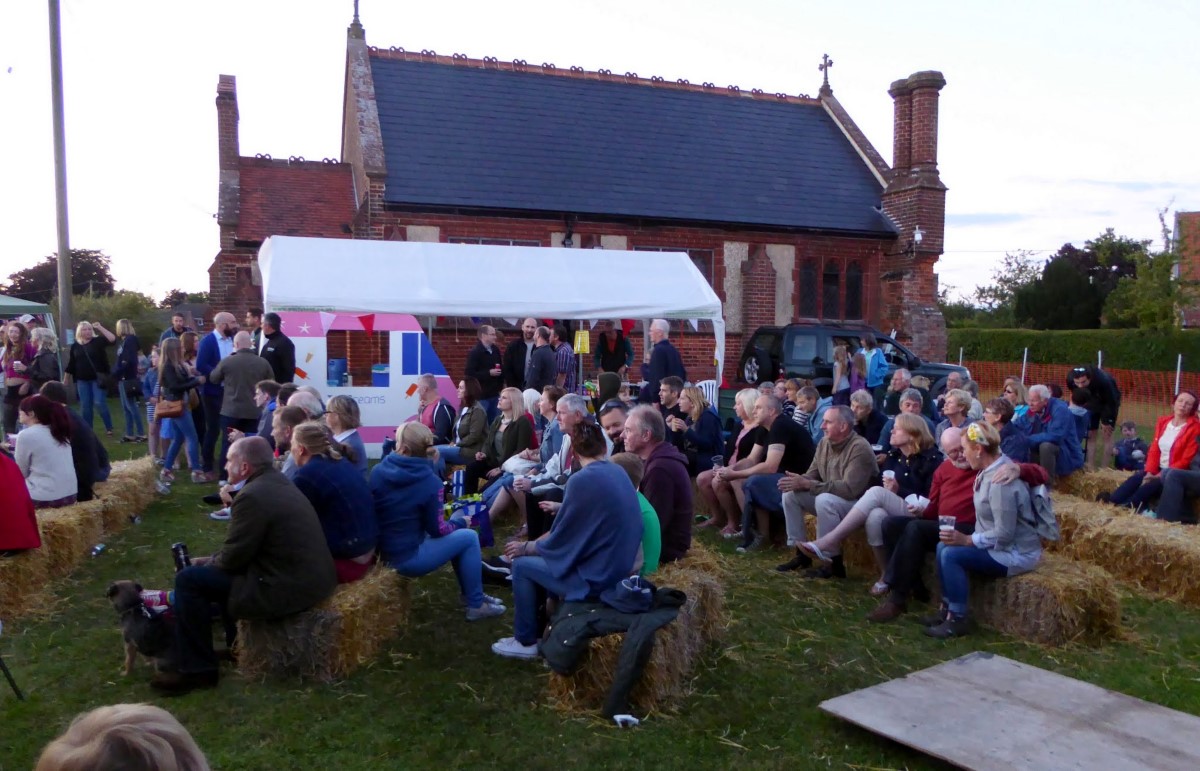 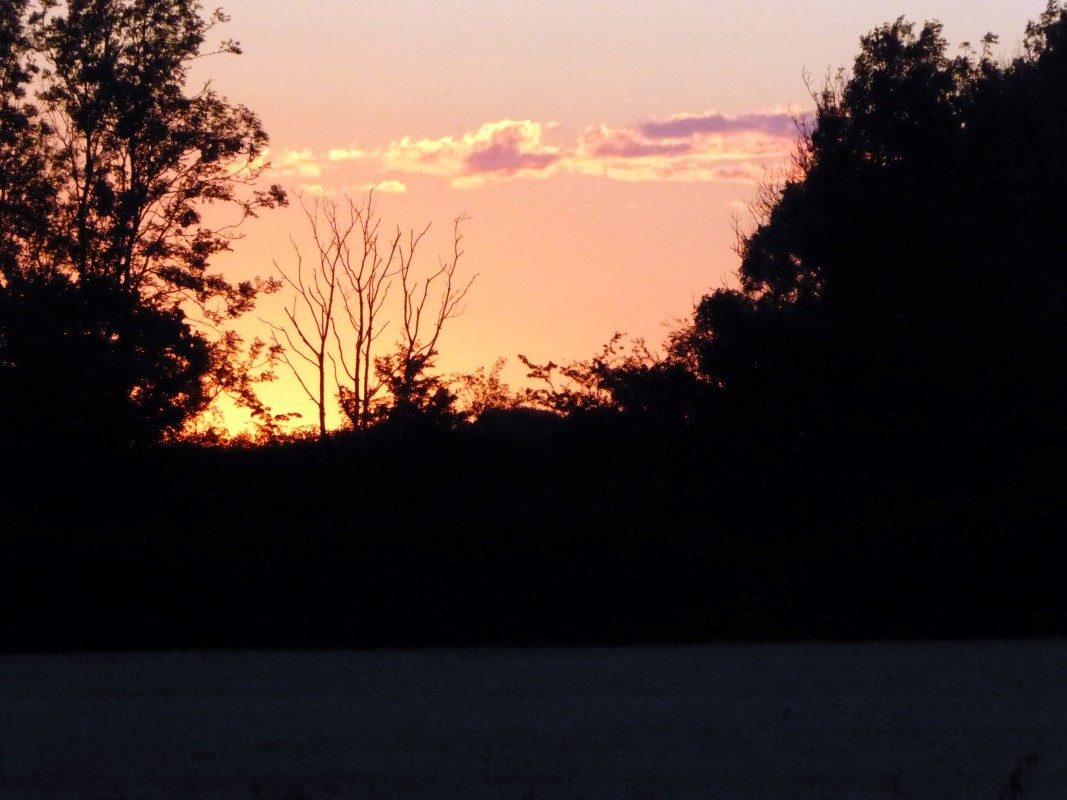 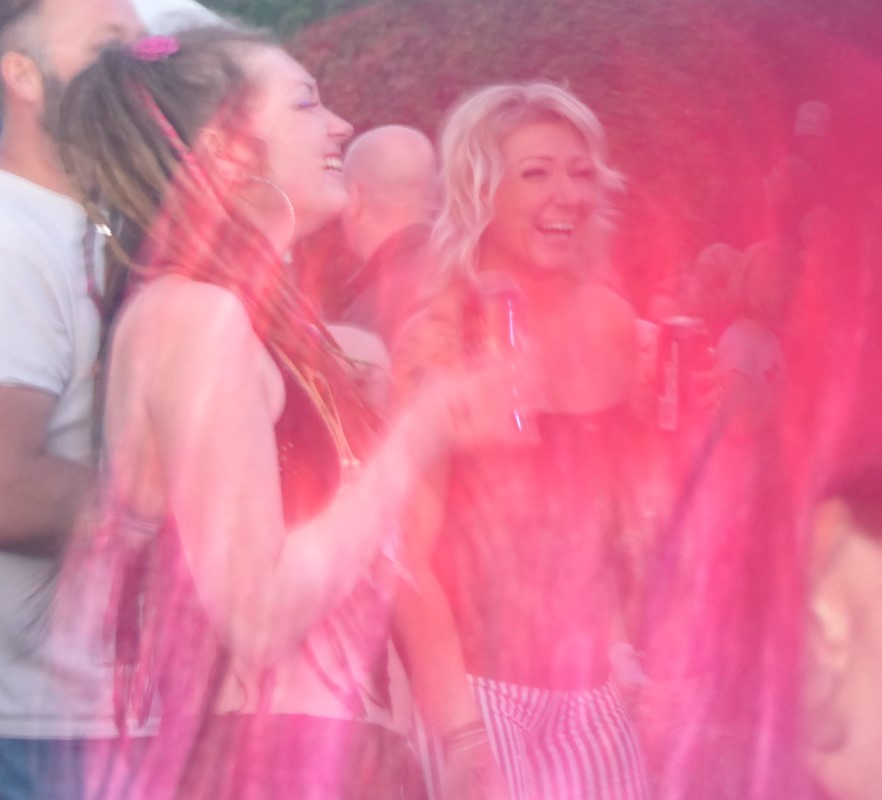 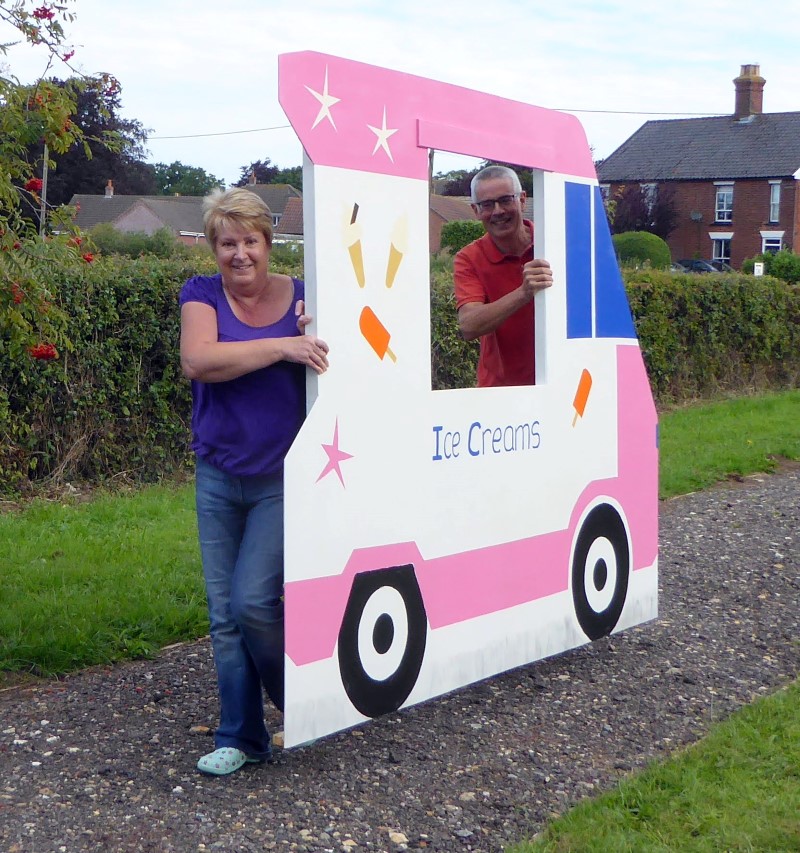 Nevertheless the skies brightened and visitors began to gather for the evening session, eventually exceeding 150 to hear various performers: Elliott’s group ‘MODE’ making their last public appearance as the sun set in a clear sky and the full moon rose. The show ended on cue at 10.30 pm. Full details and acknowledgements will be published in the next Forncet Flyer. 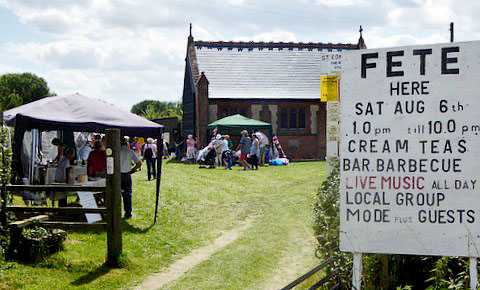 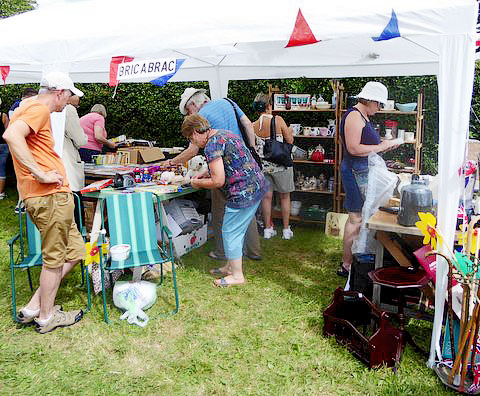 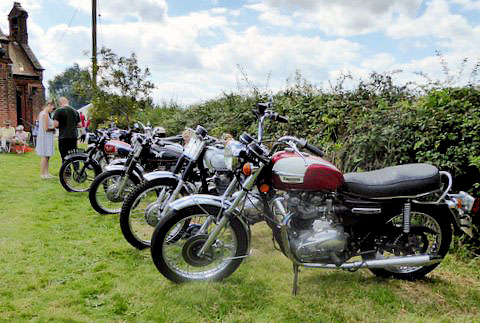 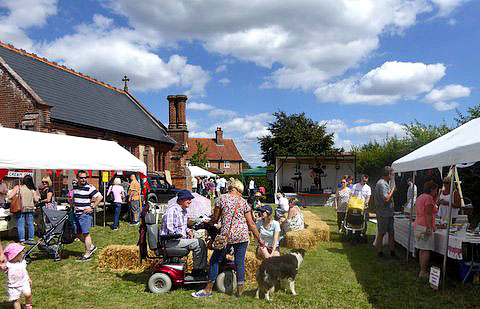 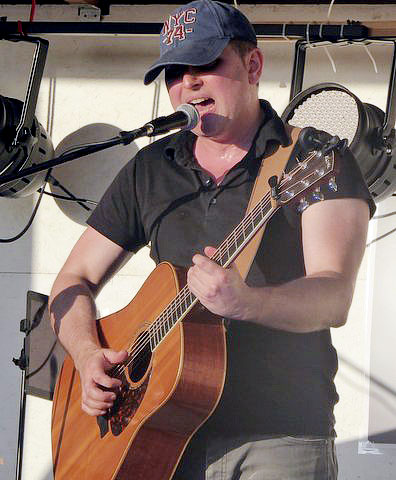 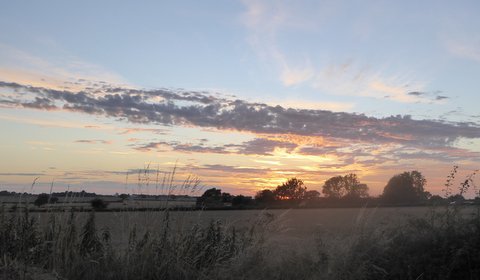 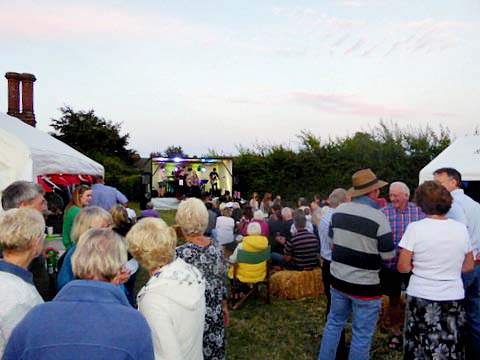 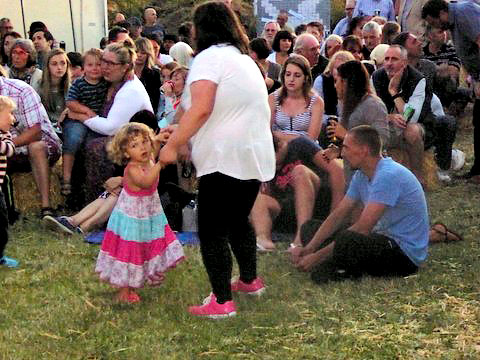 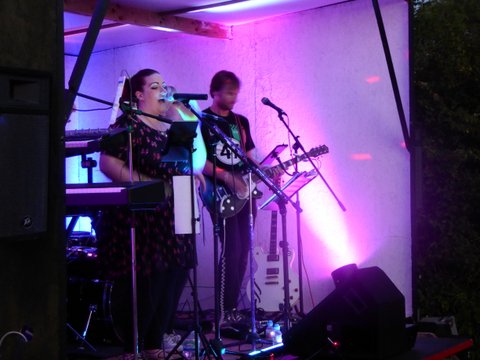 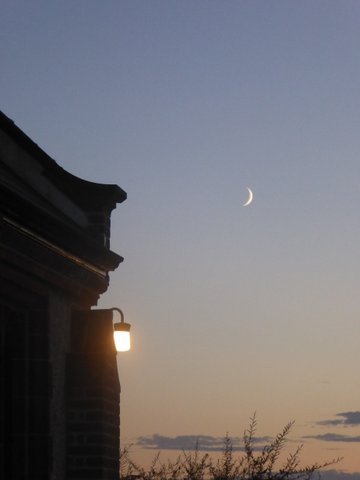 Now into its sixth year our local fête at Forncett End again proved a popular venue for locals and their families, keen to experience a traditional gathering where folk picked up real bargains at the extensive bric-a-brac stall, chose from a super selection of home-made cakes and pastries, as well as indulging in games of skill and chance, while listening to live music performed on the stage from afternoon to evening. Of course, refreshments were at the top of the menu: tasty burgers and sausages from local butchers, cream teas, and soft drinks or alcoholic ones – wine and beer.

All this on a really fantastic summer’s day and evening, when Elliot’s varied programme of musical items culminated with his vibrant group MODE performing with panache till the very end accompanied by a beautiful sunset. The committee will soon meet to discuss the event and verify the amount raised after deduction of the many expenses.

(click on photo for more)
photos by John Webster

The spirit of the past in our close-knit community was re-awakened as the pleasant notes of the New Buckenham Silver Band wafted across the locality from St Edmund’s on Midsummer’s Day. Directed by Sam the band’s members were cosily accommodated beneath a marquee and played a wide-ranging medley of musical pieces orchestrated for brass-band, including marches, songs from shows and special pieces, like the one for three trombones. We should like to thank those who make the much admired cakes and the little band of helpers especially eagle- eyed Gabi, and our thanks too to Peter (and Paul!) for mowing the meadow impeccably for the event.

June has been a busy month for us. The 18th saw our Summer ‘Naughty Cakes’ coffee morning with weather just about clement enough to sit out in the garden bedecked with blooms of many kinds against a delightfully backdrop of greens of many hues; the Japanese maple looks especially fine.

A select number of supporters dropped in for a mardle accompanied by a delicious cake and coffee or tea. Despite the limited numbers we managed to add some £140 to church funds, which of course includes many donations from folk unable to visit on the day. Our ever popular raffle, expertly managed by Brenda G helped swell the funds as usual with Joyce drawing the first ticket.

We are most grateful to all our supporters and hope to welcome you all and more at our next coffee morning on 17 September. But before then we have Forncett St Edmund’s Fête 5 on 15 August. Do offer to help! Do come and support us! Contact Margaret on 01953-788114.

Last month's Flyer contained a number of photographs which illustrated the traditional nature of this now established and popular event in the summer calendar. Quite rightly no longer billed as mini-fete it continues to attract growing numbers of Forncett folk and people from neighbouring villages. I would like to thank Barry Bradford, John and Margaret Webster, the rest of the organising team and supporting cast of volunteers and stall holders that make this event happen. My own short stint on the bric-a-brac stall was really enjoyable as customers searched for bargains.

It is the wide range of stalls, games, cream teas and BBQ that make this fete a real family event. Where else could you search for hidden treasure in Forncett, enjoy a freshly cooked hot dog, buy local produce, pick up a bargain and meet friends and neighbours in a single afternoon. This year we also had several great old British motorbikes on display, including a restoration project for sale.

After a short break in proceedings to pack away the stalls for another year the BBQ was fired up again and the bar opened in readiness for the evening proceedings. It was great to see a large crowd including many families return to see local band 'Play' take to the stage. Whilst Barry's old trailer doesn't quite match the Pyramid stage at Glastonbury the band kept everyone entertained with their wide ranging repertoire. By the end of the evening many people had taken to their feet to dance to the music.

The fête and concert really brings the village together. I understand it succeeded in raising much needed funds for the project to install a kitchenette and toilet in St Edmund's church. Once completed this will provide a more user-friendly venue for further community gatherings.