'St. Flora of the Lake', our second Murder Mystery play, was another resounding success. Many thanks to everyone who contributed to the evenings either by preparing and serving food, manning the bar, collecting and building the stage (thanks to the school for lending us this) and general preparation and clearing away ....... and of course everyone in the audience who came along to support us.

'Ghostly Goings-on at the Murder Mystery'

On the 13th and 14th October two full houses witnessed the second murder in Forncett this year. The victim was the sleazy and lecherous George Allen, played with alarming ease by Peter Schmidt-Hansen. Murdered on the anniversary of the death of St Flora, who drowned with her young son in 1612, suspicion turned to some ghostly intervention. However the audience had other ideas. Could the murderer have been farmer Jack Farrow (Norman Stevens) who stood to gain financially from George's death? Or the deranged vicar’s wife Florence and her protective husband, played by real life wife and husband team Dee and Nigel Youngman? Or even the timid young girl Josie Carter (Alex Preece)? Suspicion even turned to a Machiavellian plot by the bickering couple Ruth and Arthur Thomas, played by April Carlin and Terry Hickman Smith.

Inspector Halfpenny (John Wilde), of the Tas Valley Police, investigated and his persistence was rewarded with a confession from Josie. Another entertaining mystery in which Brian Frith (stage manager) had an off-stage cameo role as Sergeant Jones and in which a teddy bear was implicated as the murder weapon. The play was again written by April Carlin, and thanks must go to Gill Starkie as director and Margaret Hickman Smith as prompt.

If there are any more dastardly deeds in village we'll have to ask the Parish Council to start twinning procedures with Midsomer. 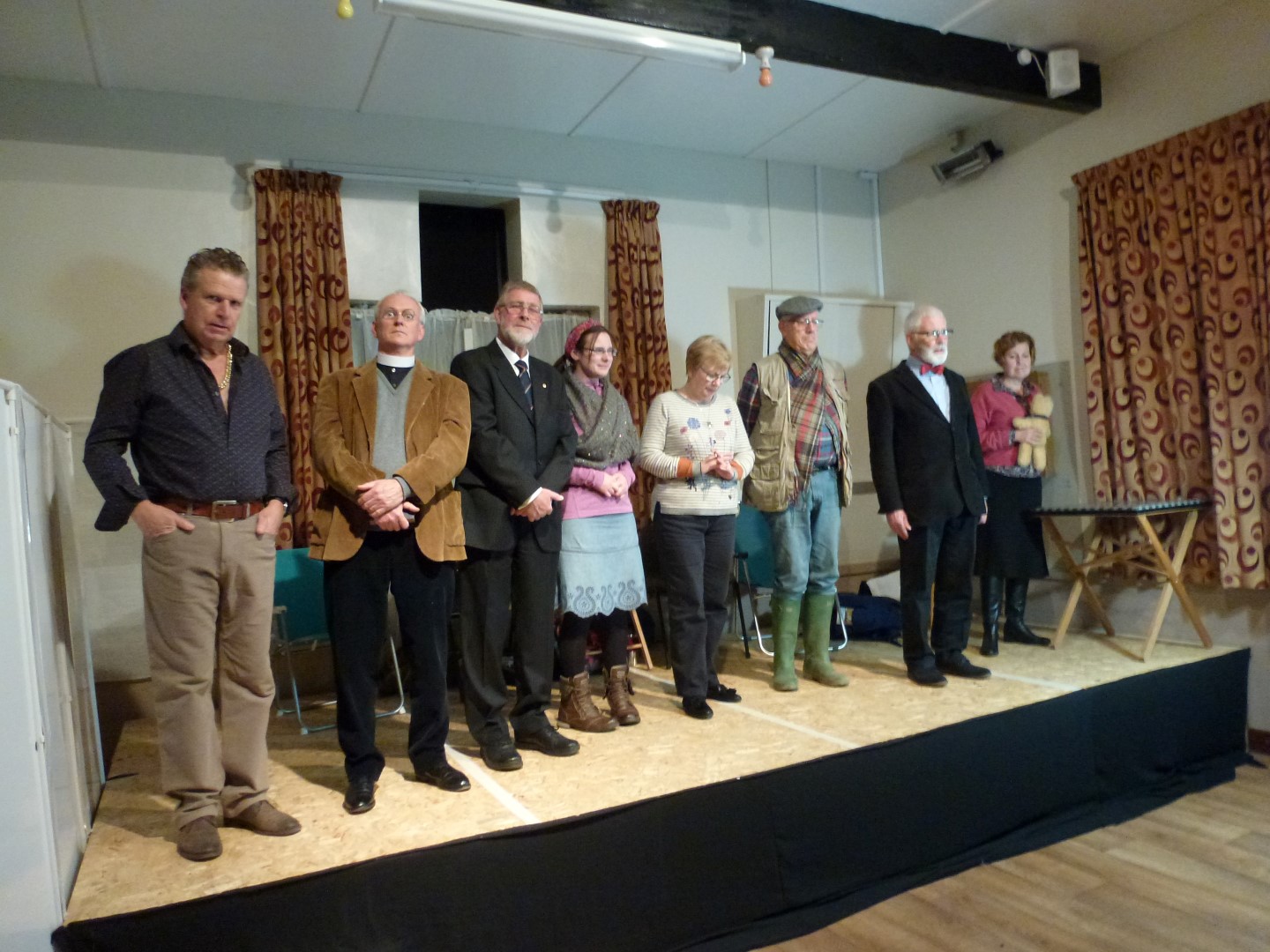 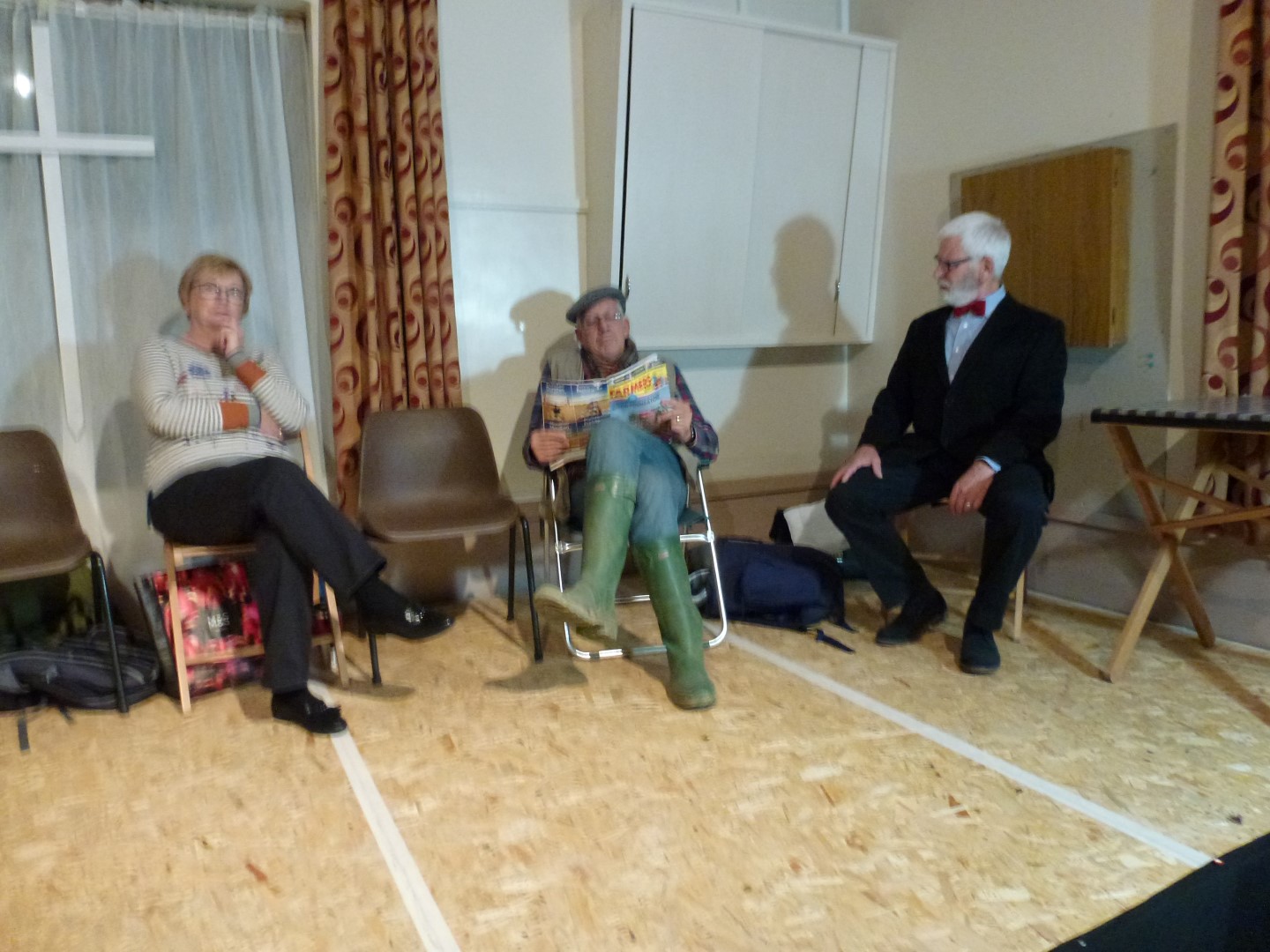 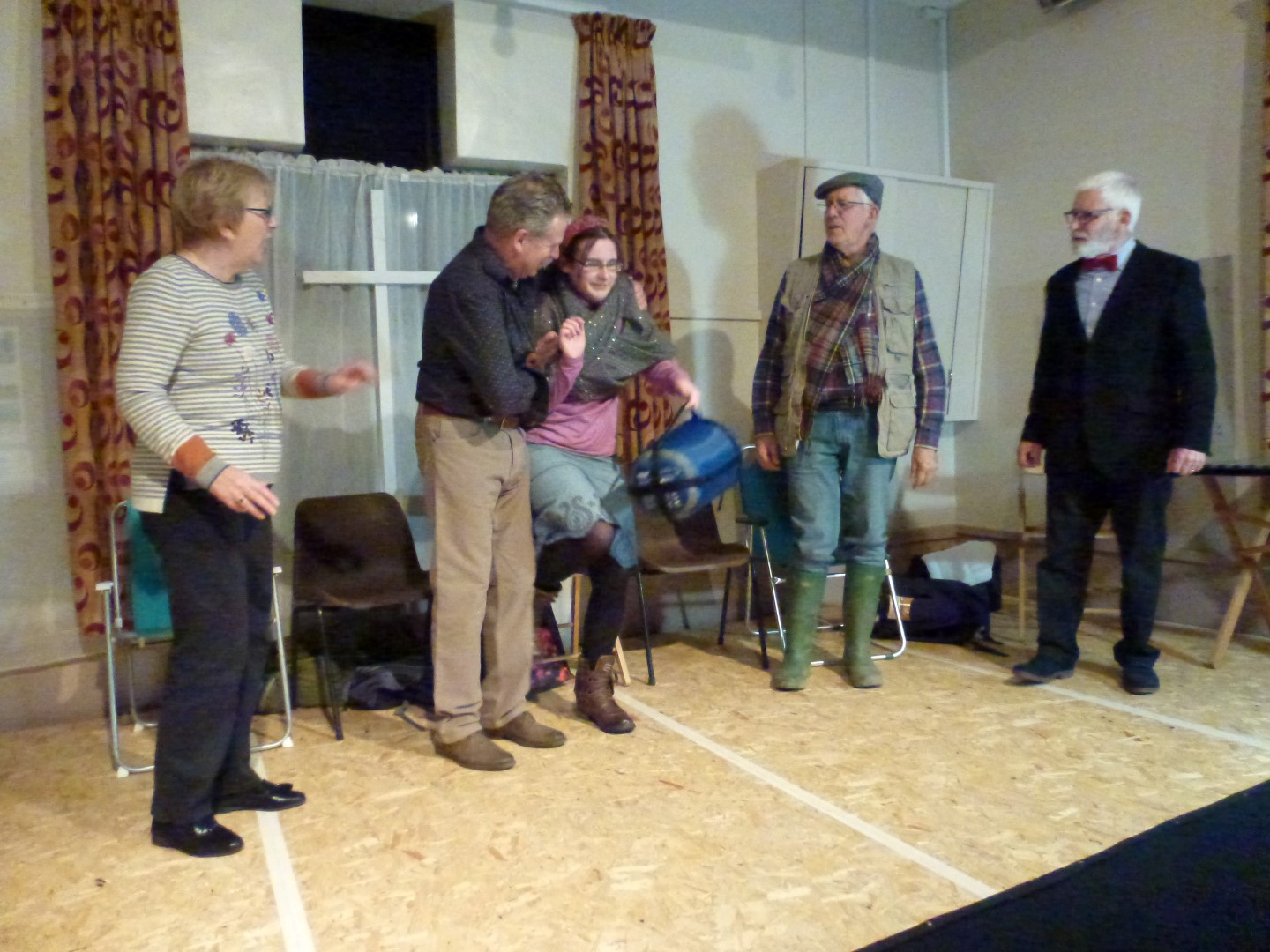 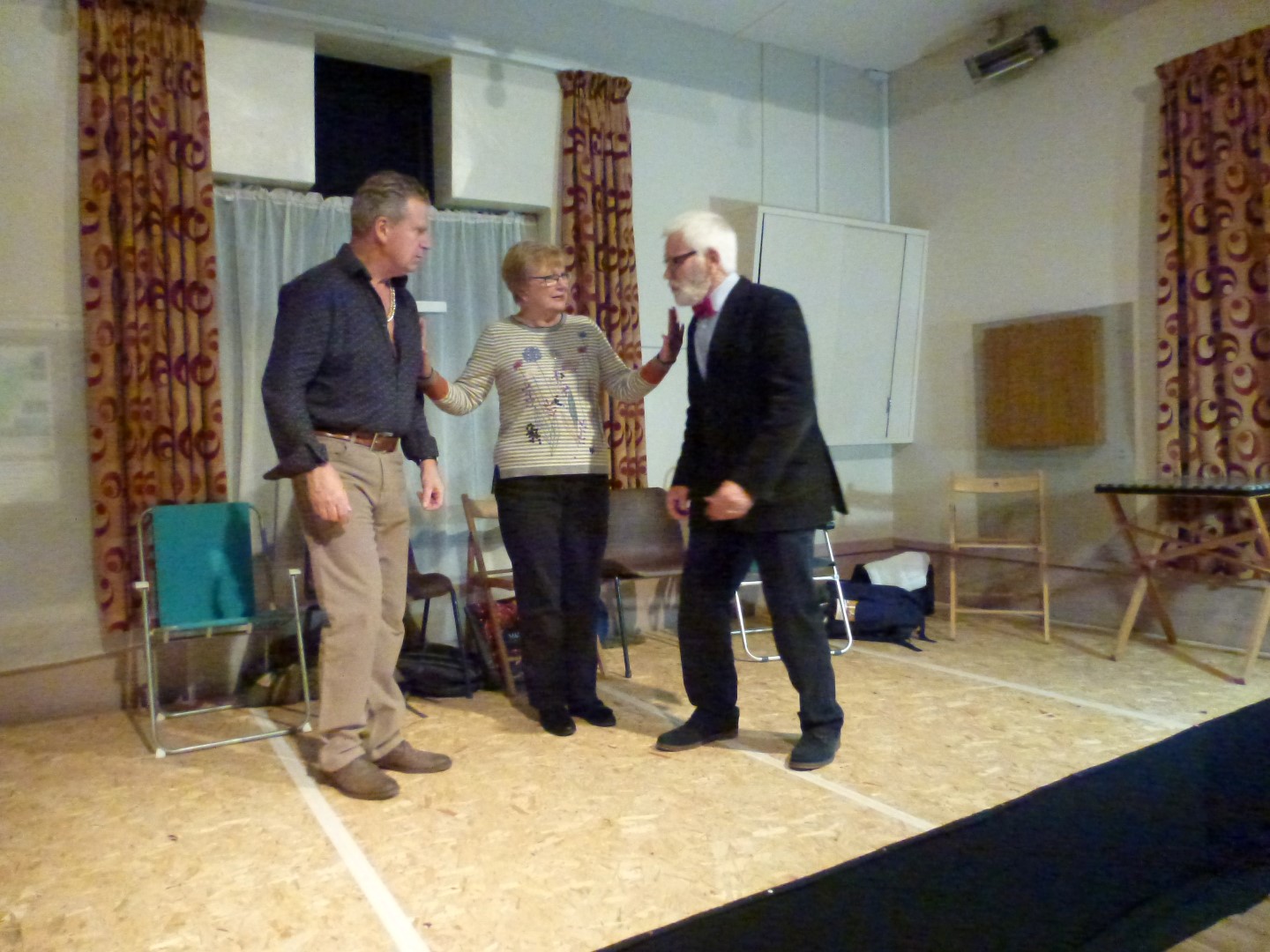 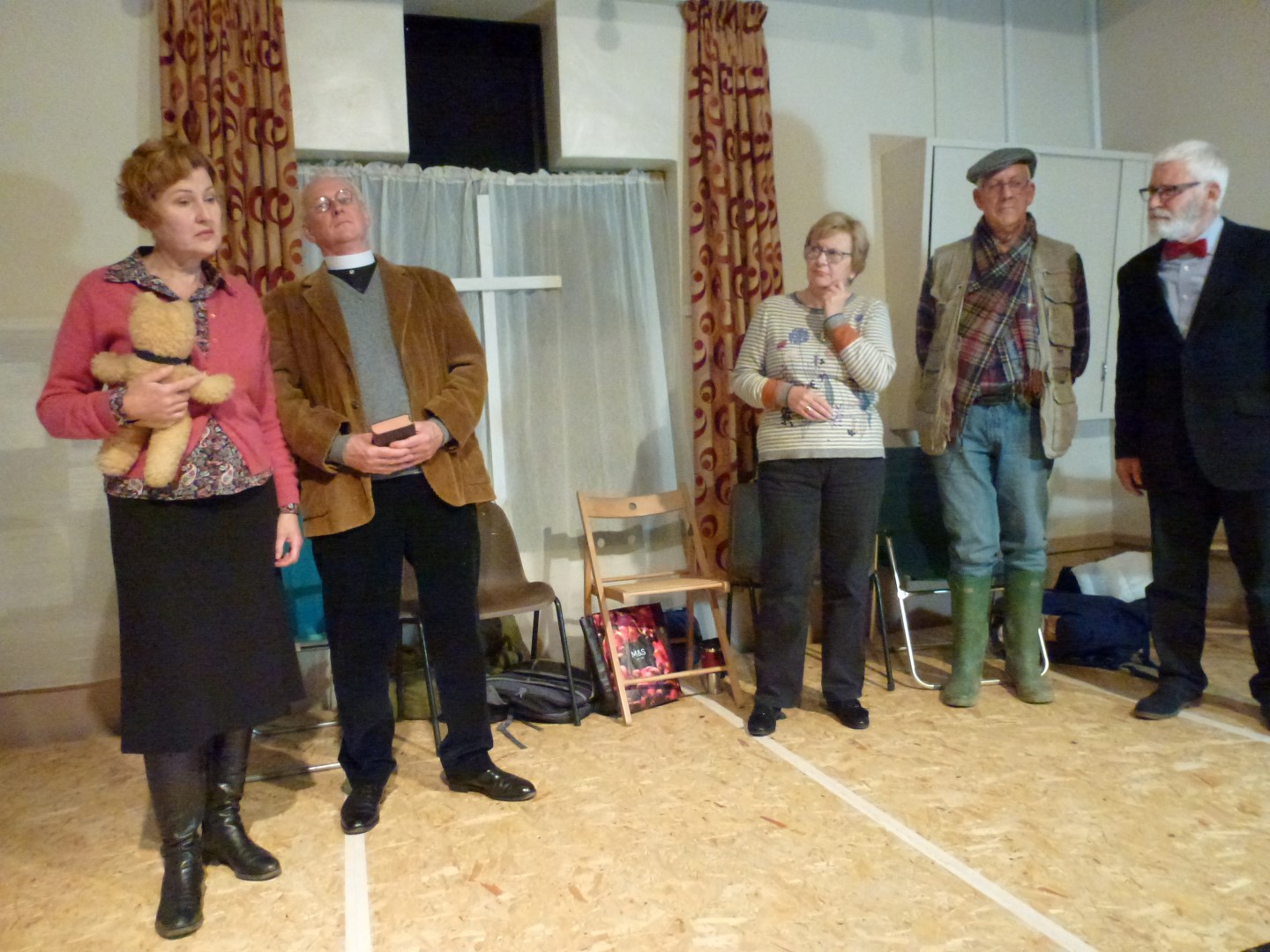 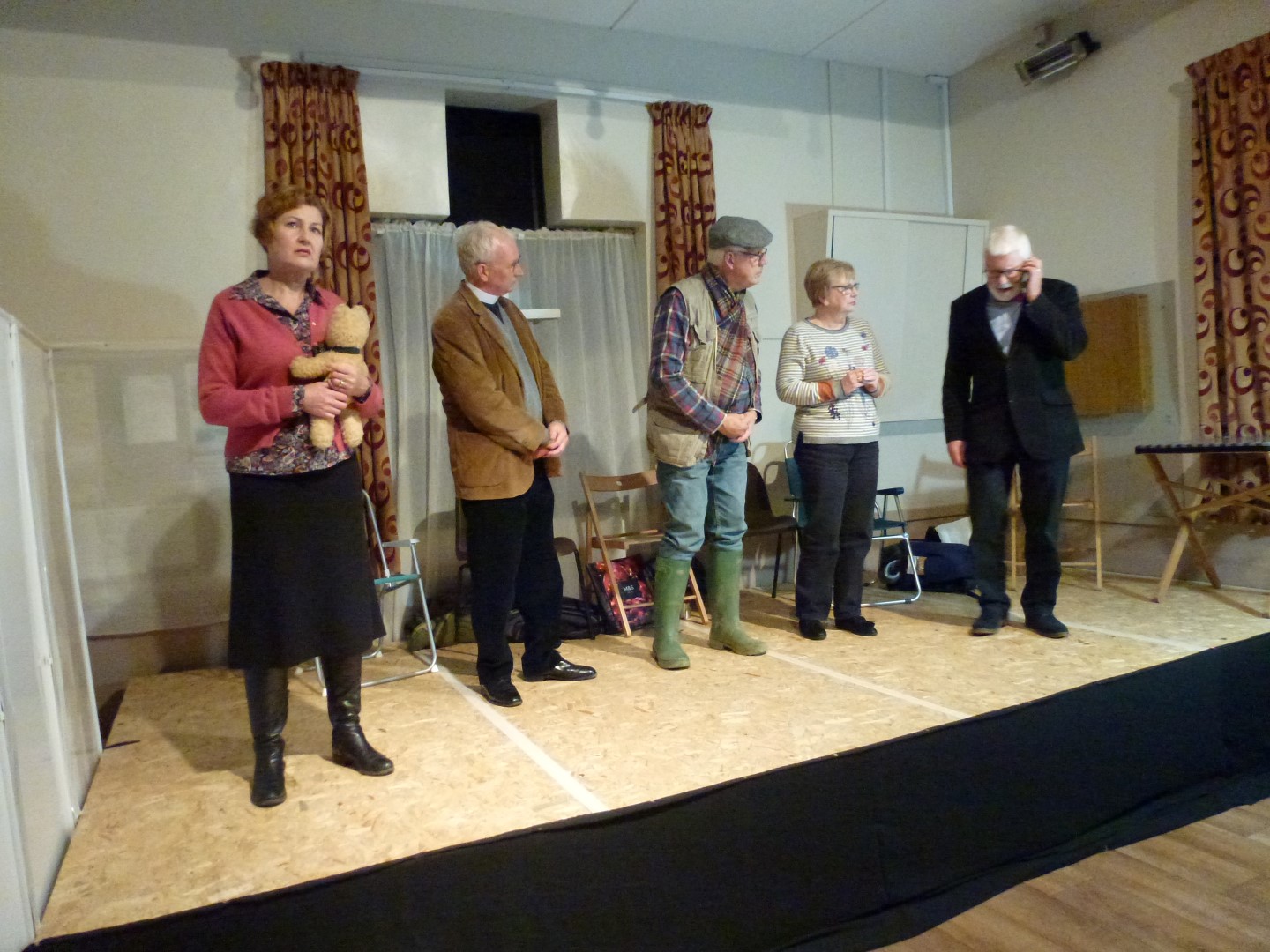 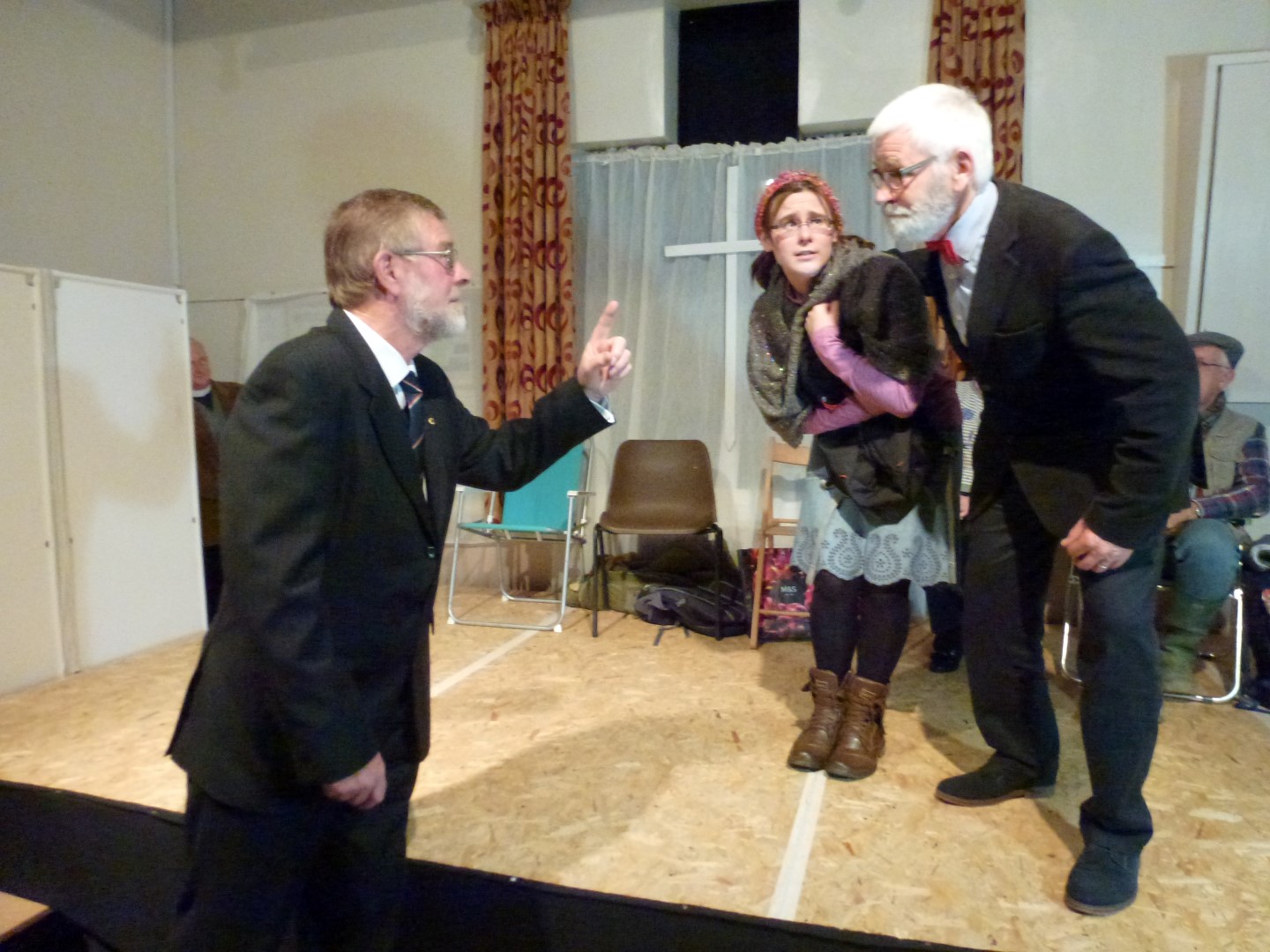 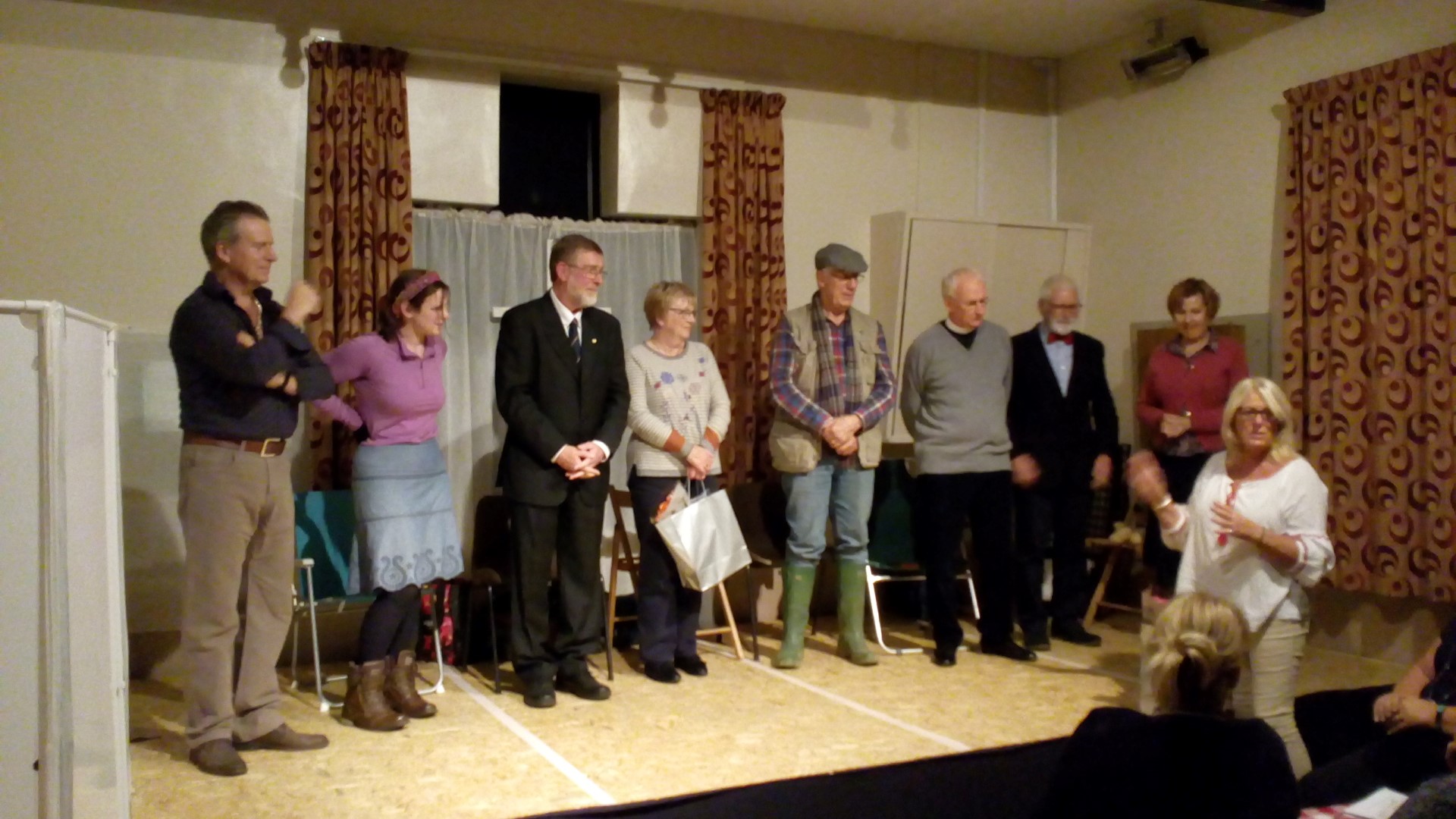 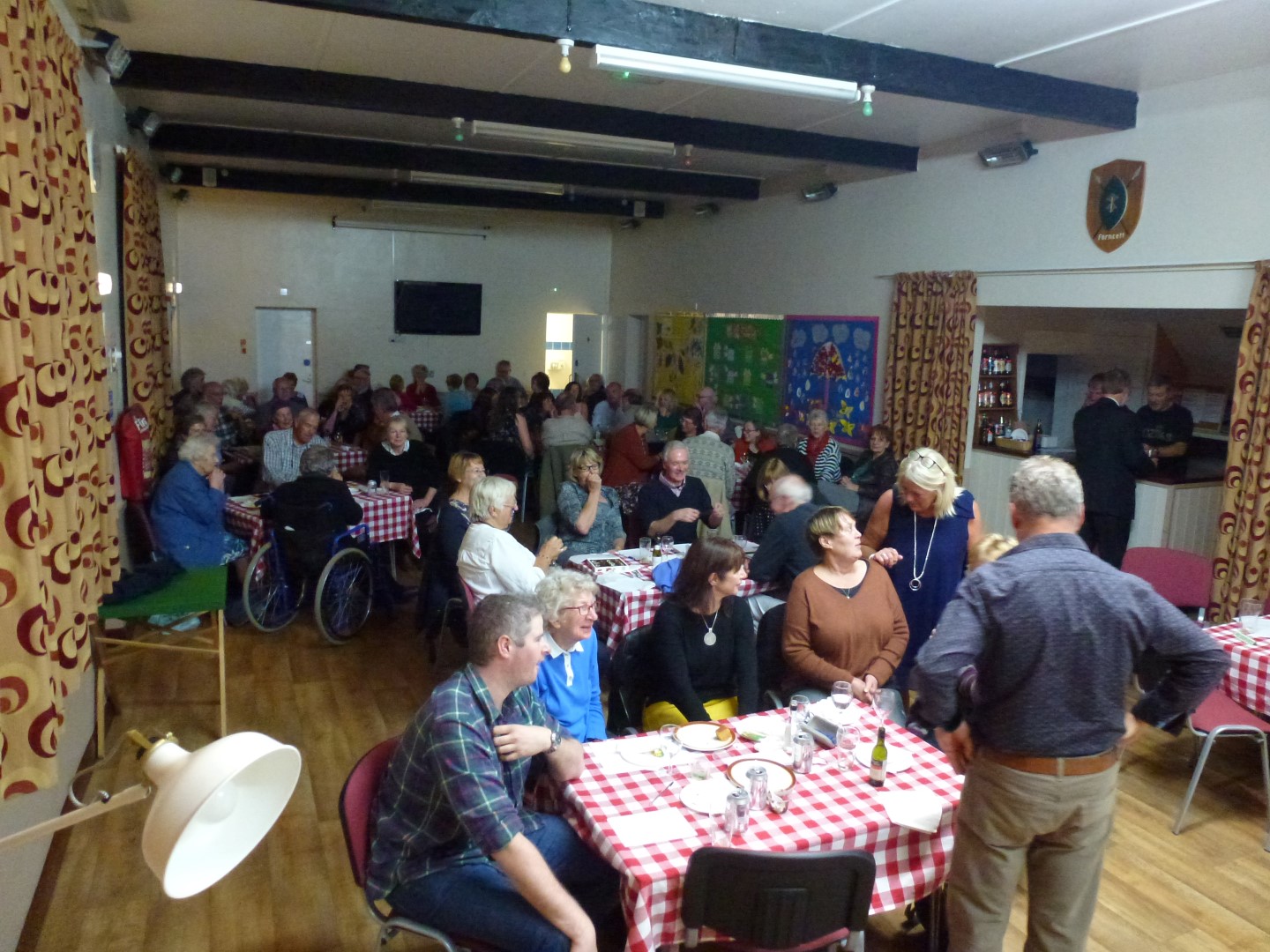 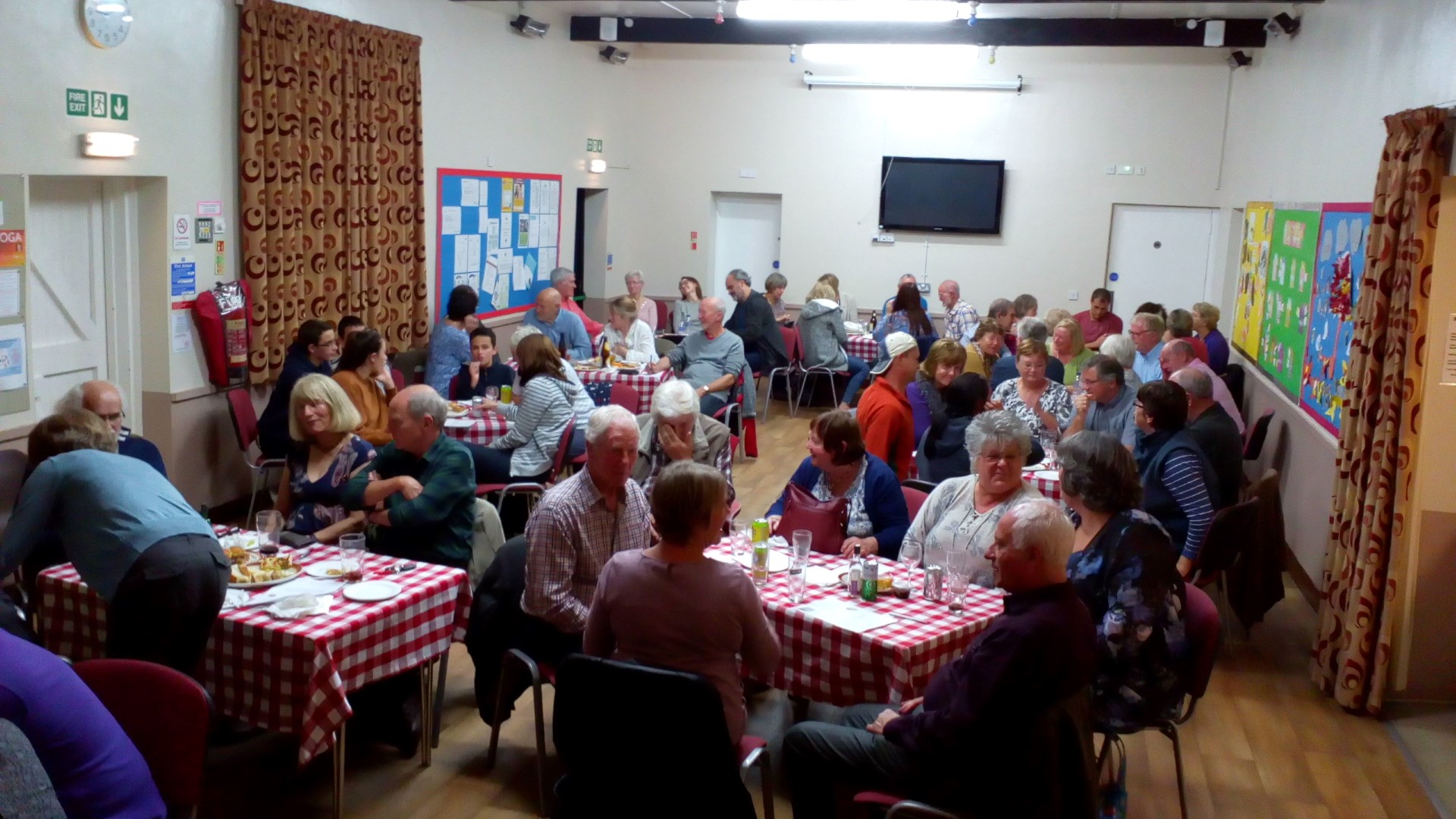 This year it was decided that our 'end of season' BBQ and Music night should be a fund-raiser for the Norfolk 'Big C' Cancer Care Charity.  Singer Eileen Mascoll gave a great performance (free of charge) to aid the cause - featuring various well known pop, reggae and soul music songs to keep everyone entertained.  The weather, having looked a bit 'iffy' earlier in the day, turned out to be very kind bringing ourt the crowds and making a memorable evening for all involved.  With raffle, BBQ, Bar and donations the total raised was £825.64 - a great result.  Thanks to all who contributed in any way. 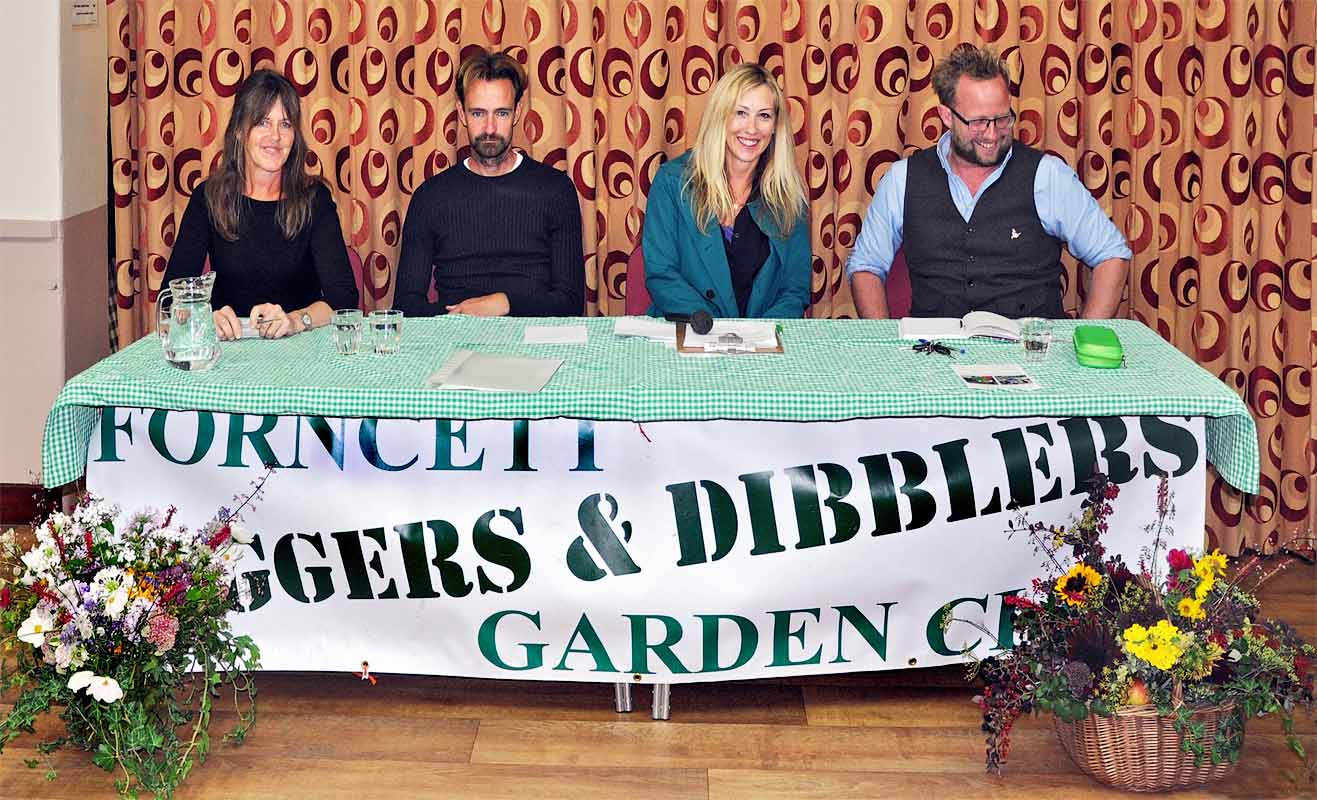 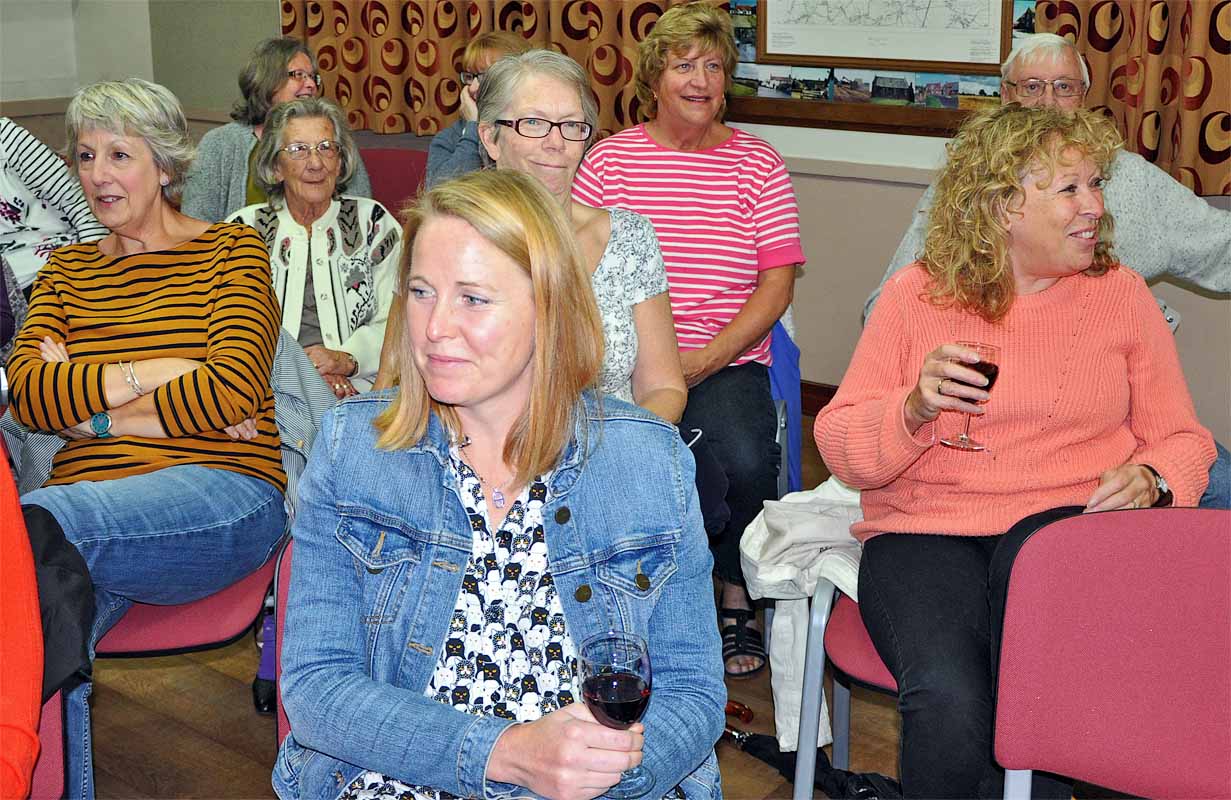 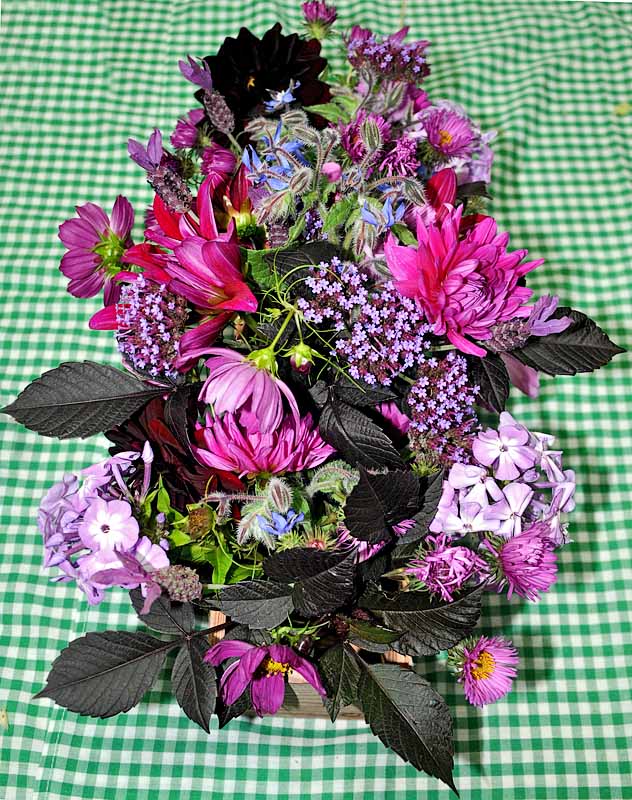 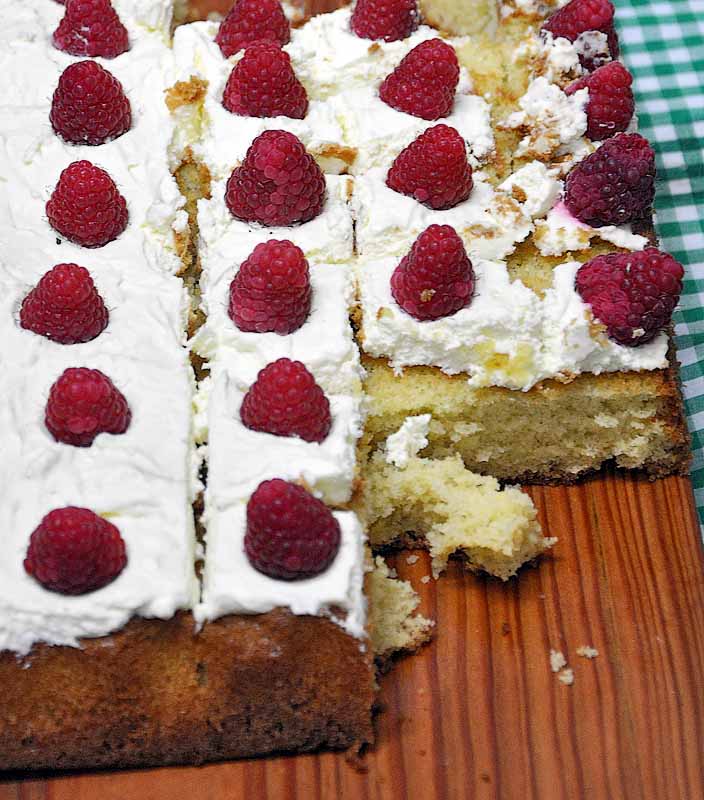