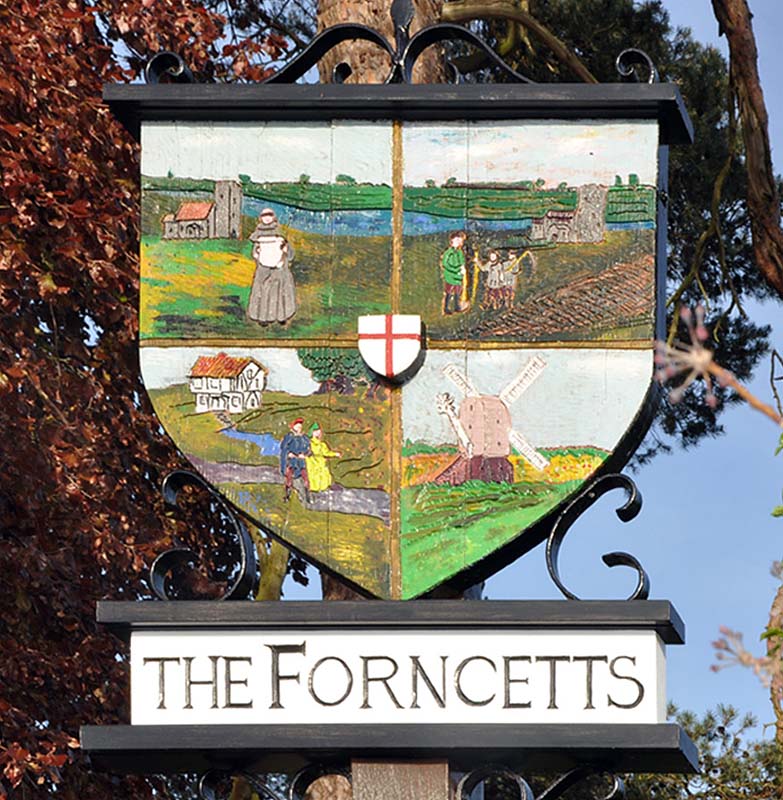 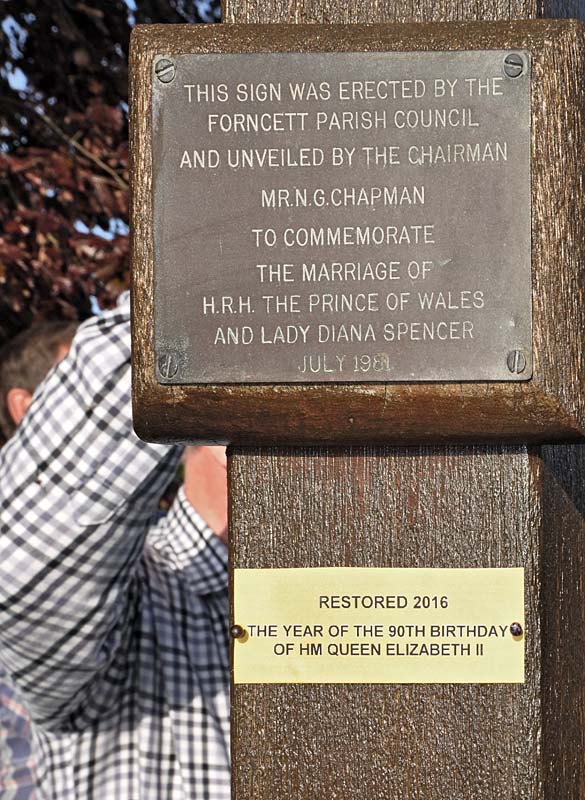 Several months after it was removed from its prominent position at the road junction at the bottom of Mill Road, in front of St Peter’s Church. our Village Sign has now been fully restored and returned to its proper place.

The design of the sign was originally researched by Bill Matthews in the late 1970s and, helped by his daughter Debbie with some of the drawings, it was eventually constructed and erected on its oak post and flint base (topped with a millstone from one of the Forncett mills) to mark the marnage of Pnnce Charles and Lady Diana Spencer in 1981.

Over the years. former Parish Councillor Andrew Smith has carried out maintenance and re-painting as required, but it was decided a year or so ago that a total refurbishment was required. Bob McClenning spent several months drying out. stabilising and eventually re-painting the actual decorative sign. David Taylor supplied wood sections for the lettering and the other supports, expertly crafting them to match the (by now very decayed) originals. Linda Preece used her skills as sculptor and wood carver to recreate ‘The Forncetts' name.

Graham Gale and Brian Frith dismantled and, after the artists and craftspeople had done their work, reassembled the whole sign (using the original re-painted wrought ironwork).

Now on show for all to see, complete with a new plaque to remind everyone that the renovation took place in the year of the 90th birthday of HM Queen Elizabeth Il, we hope the sign will last many more years.