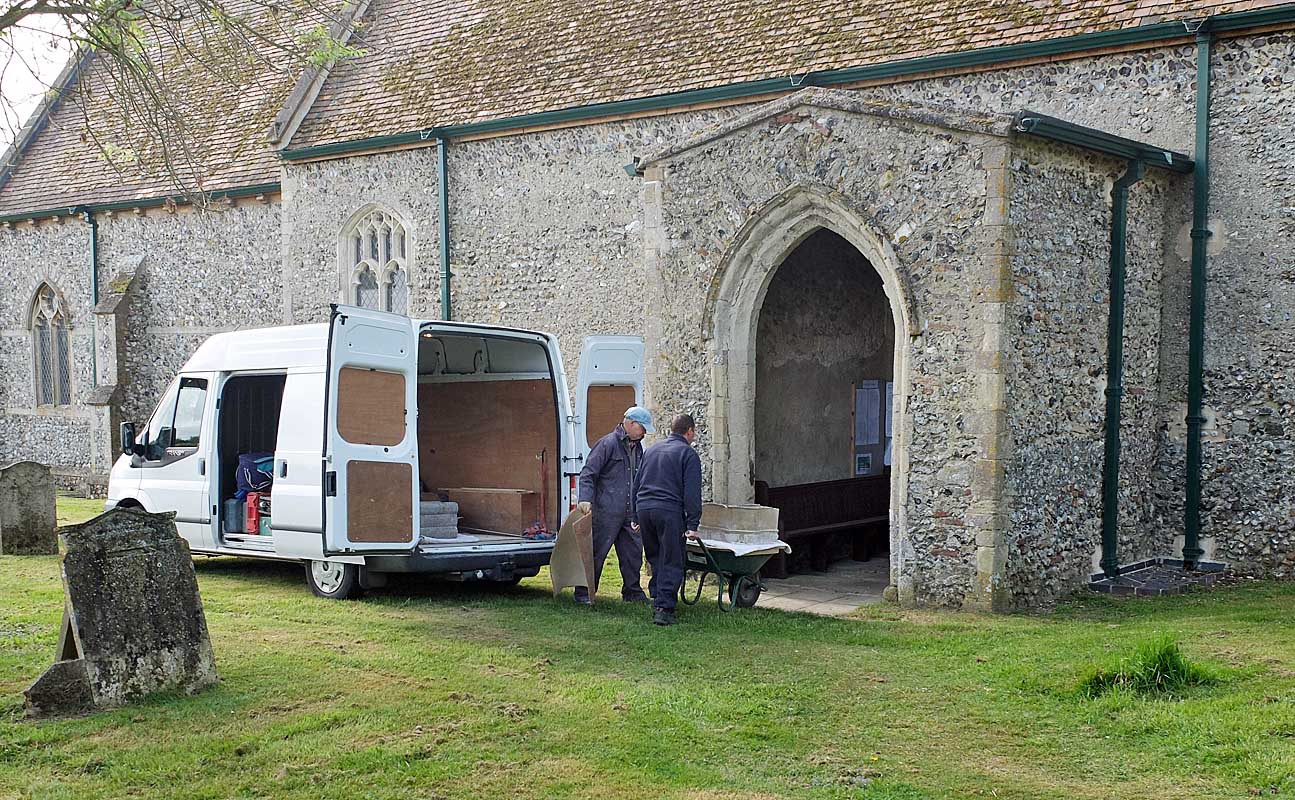 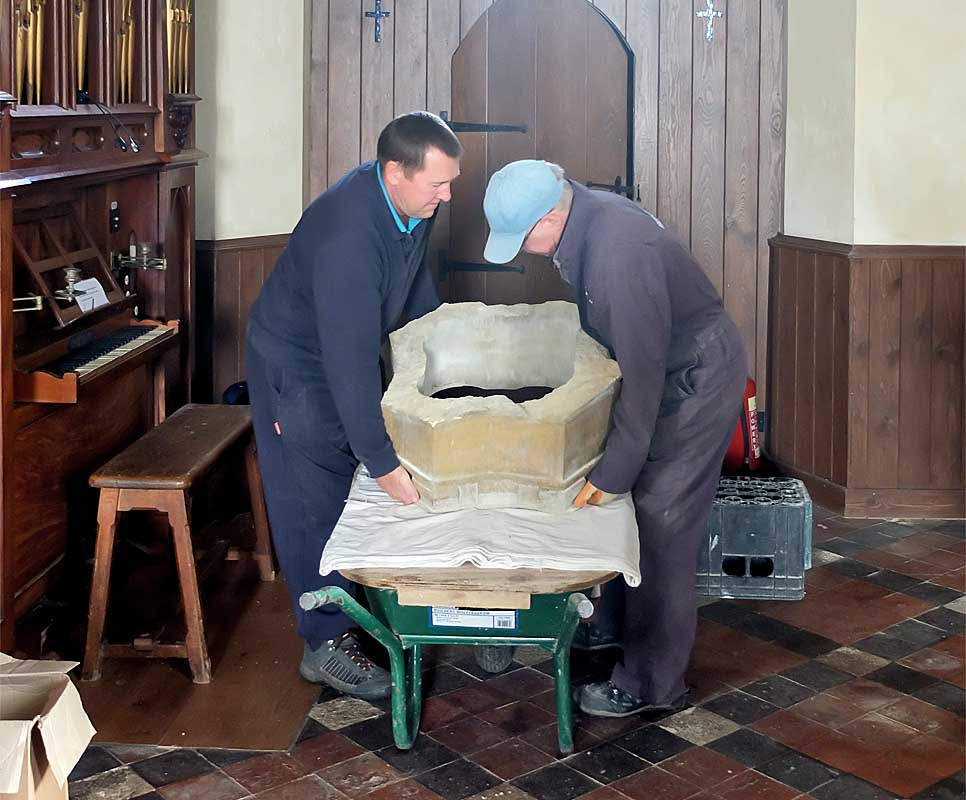 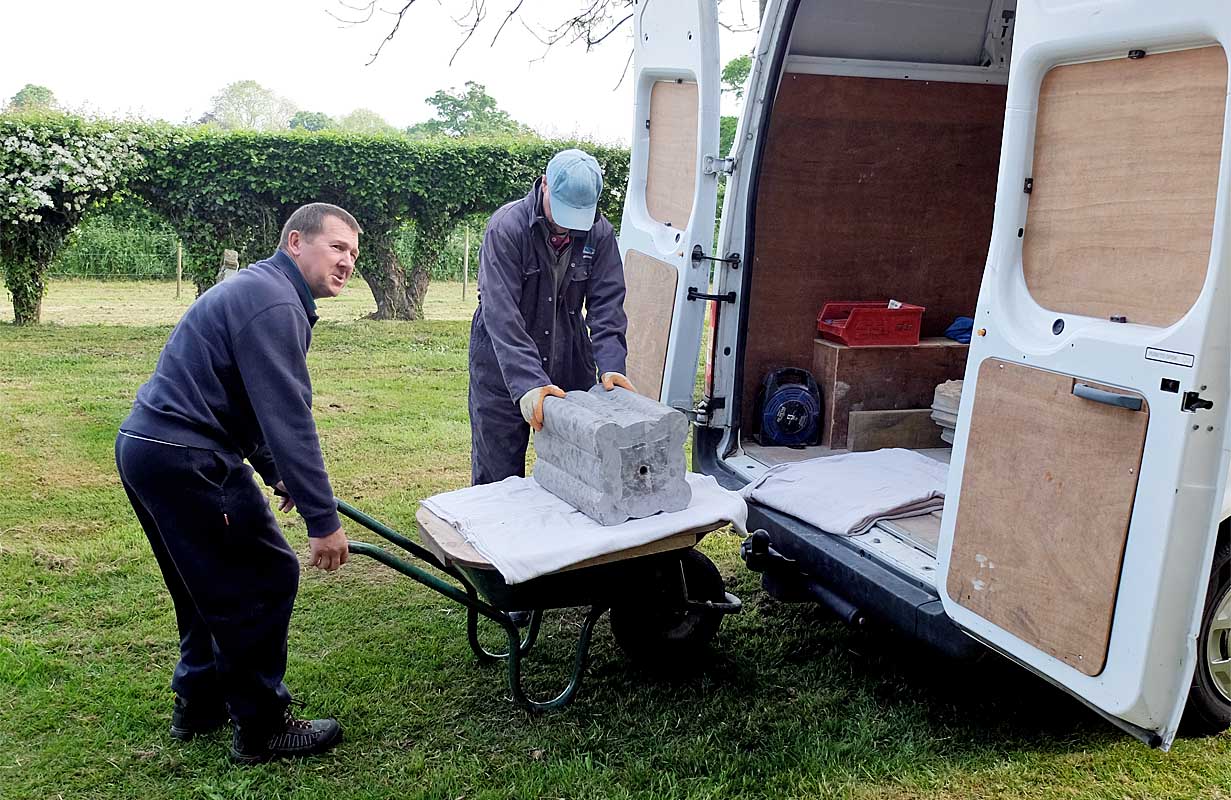 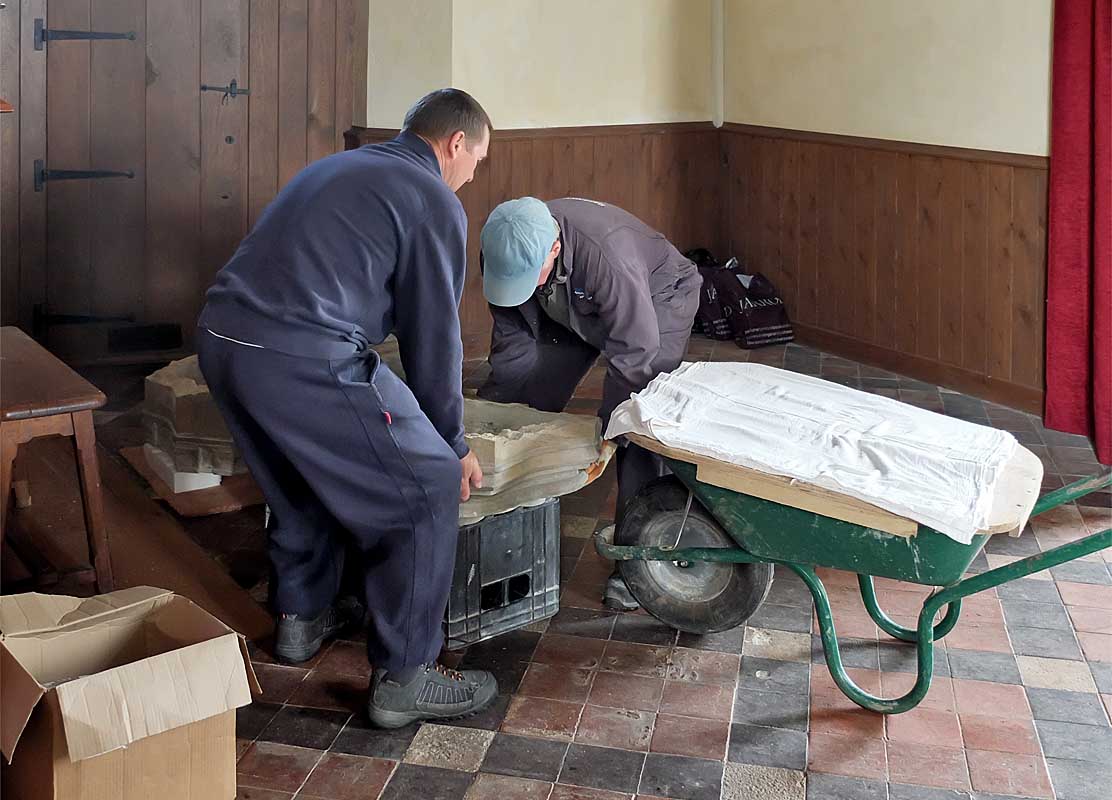 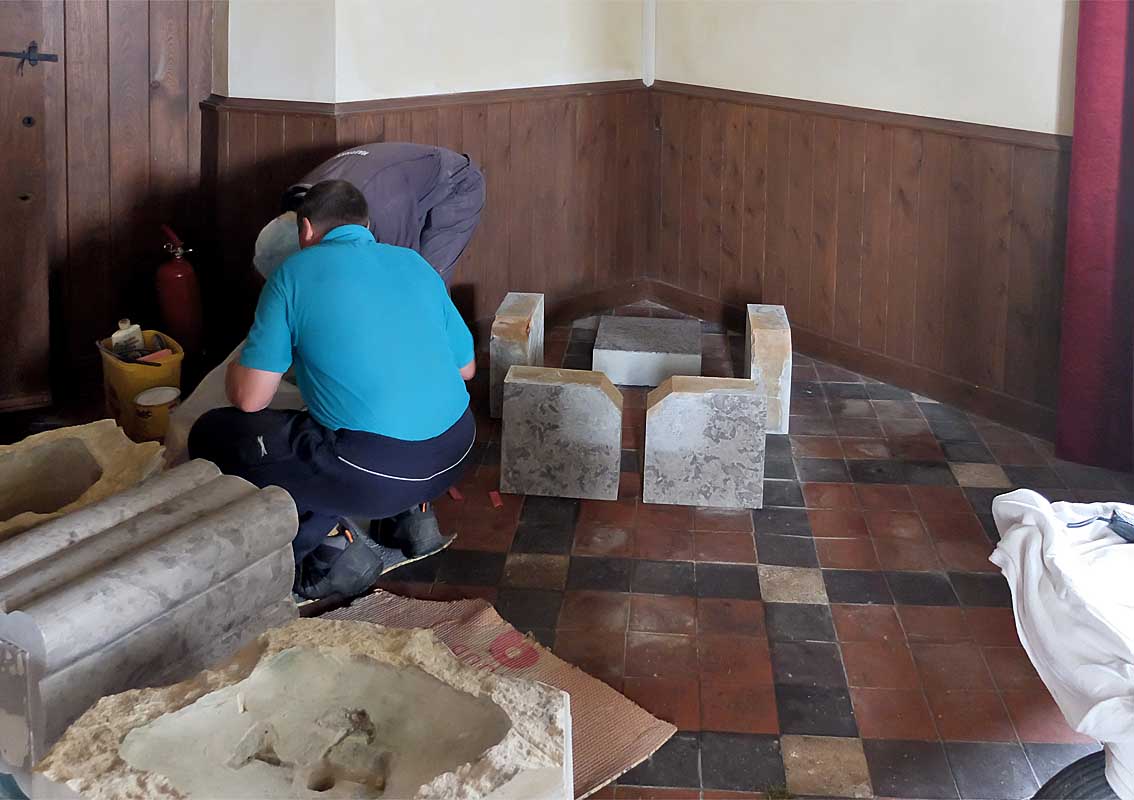 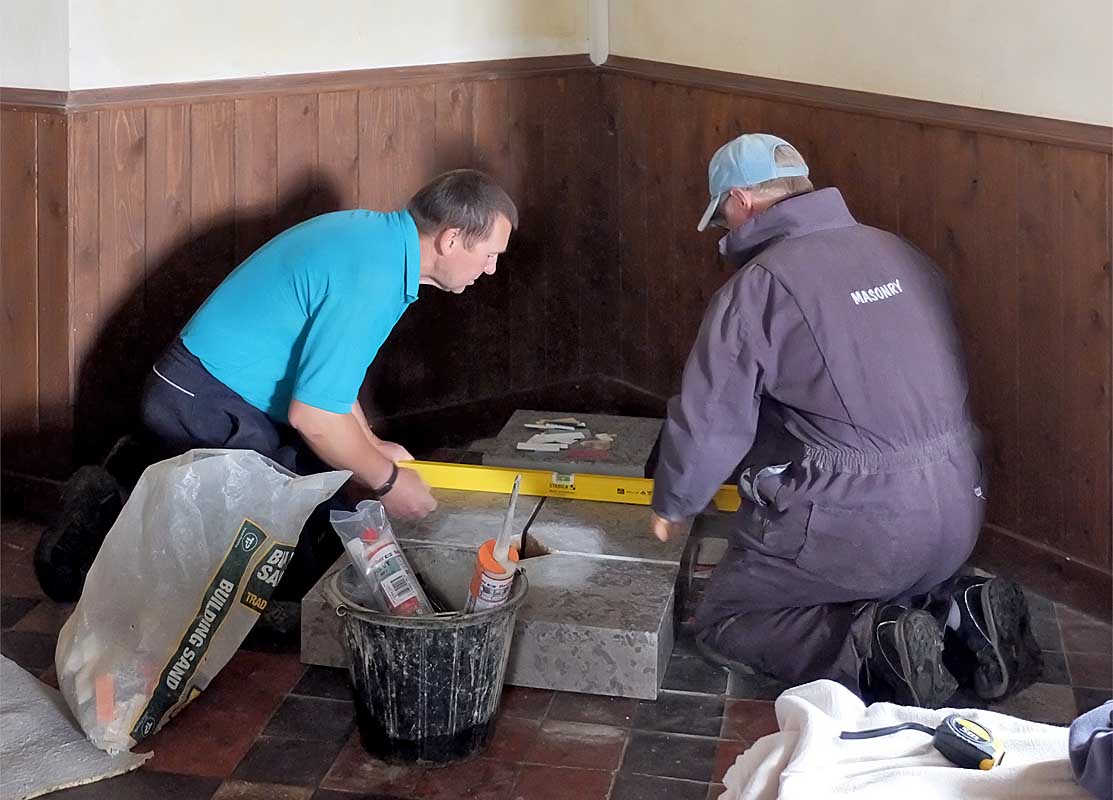 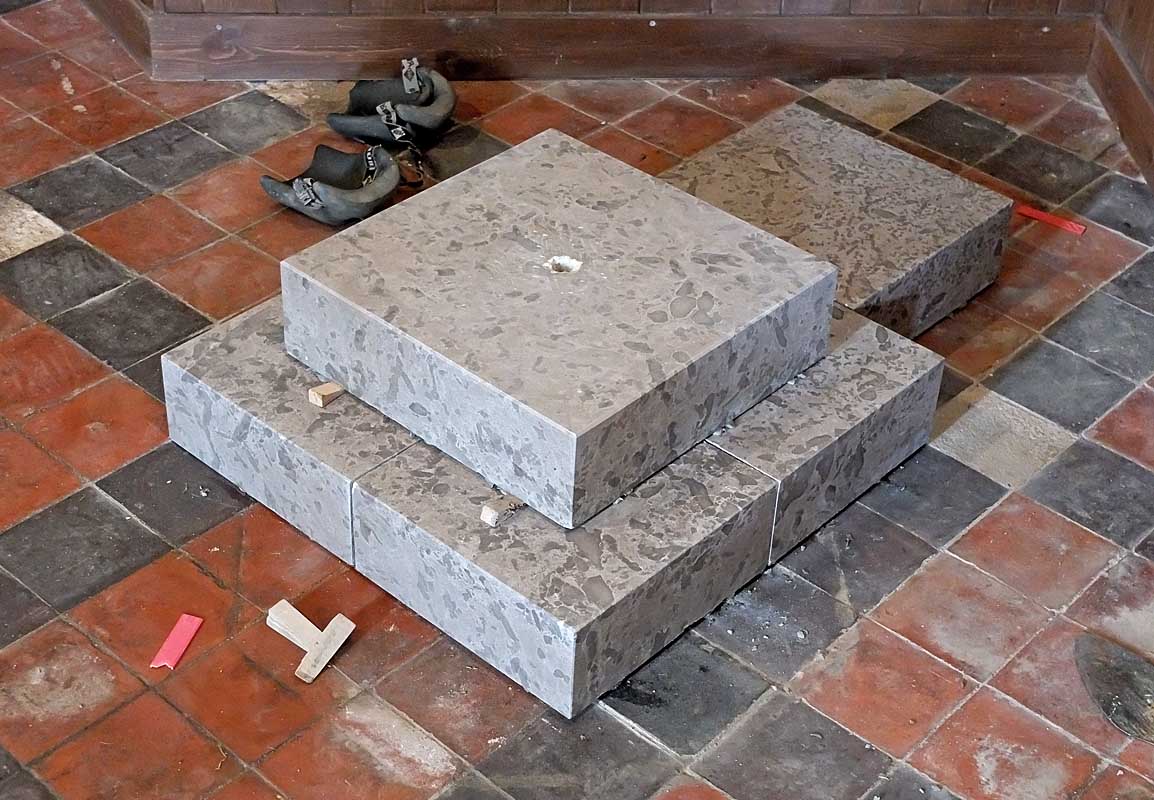 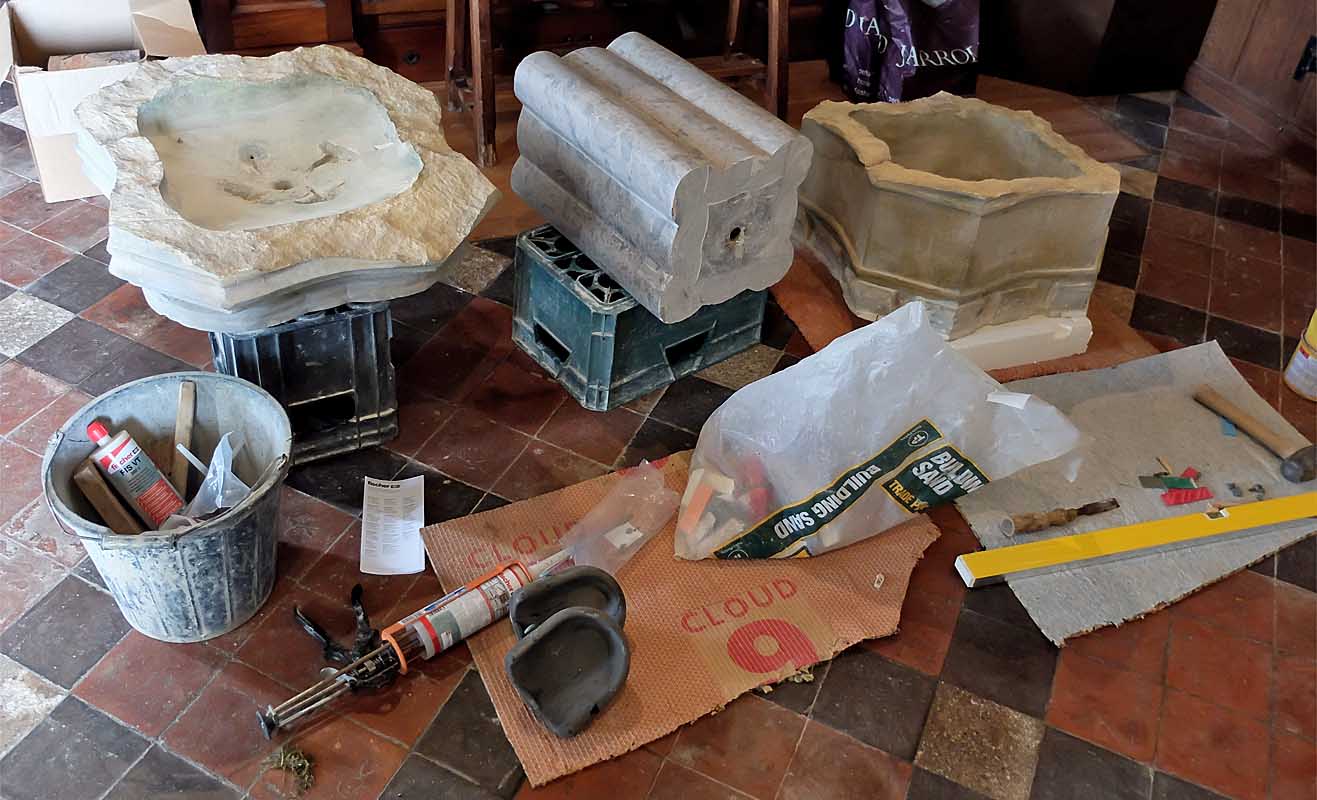 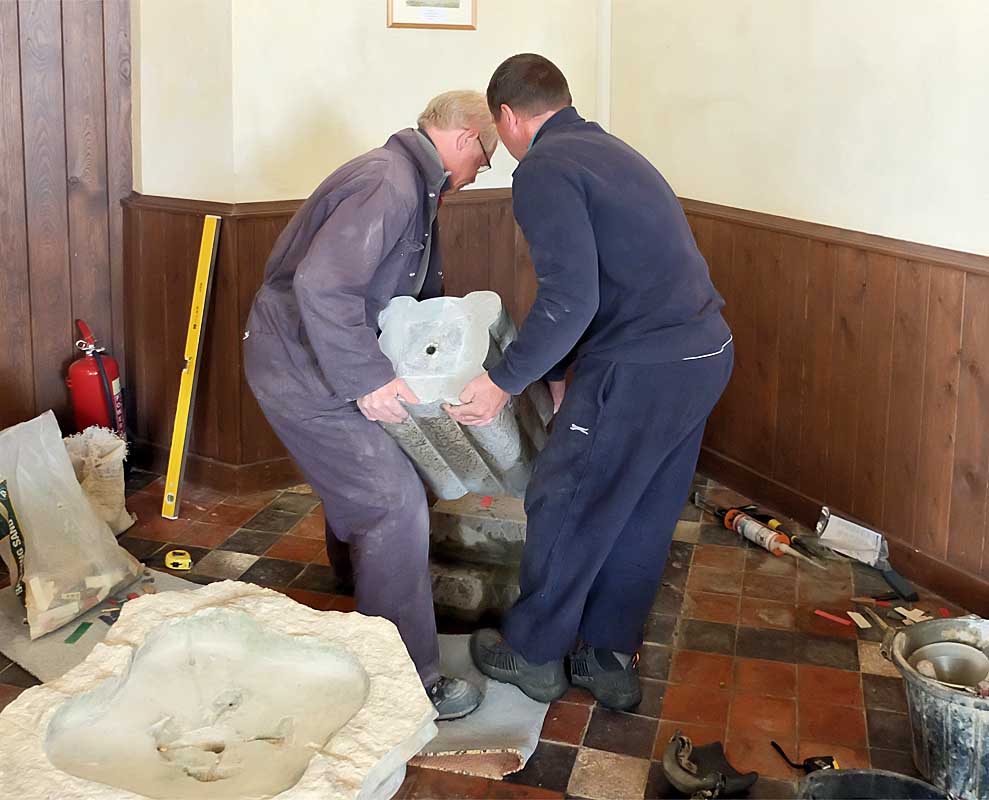 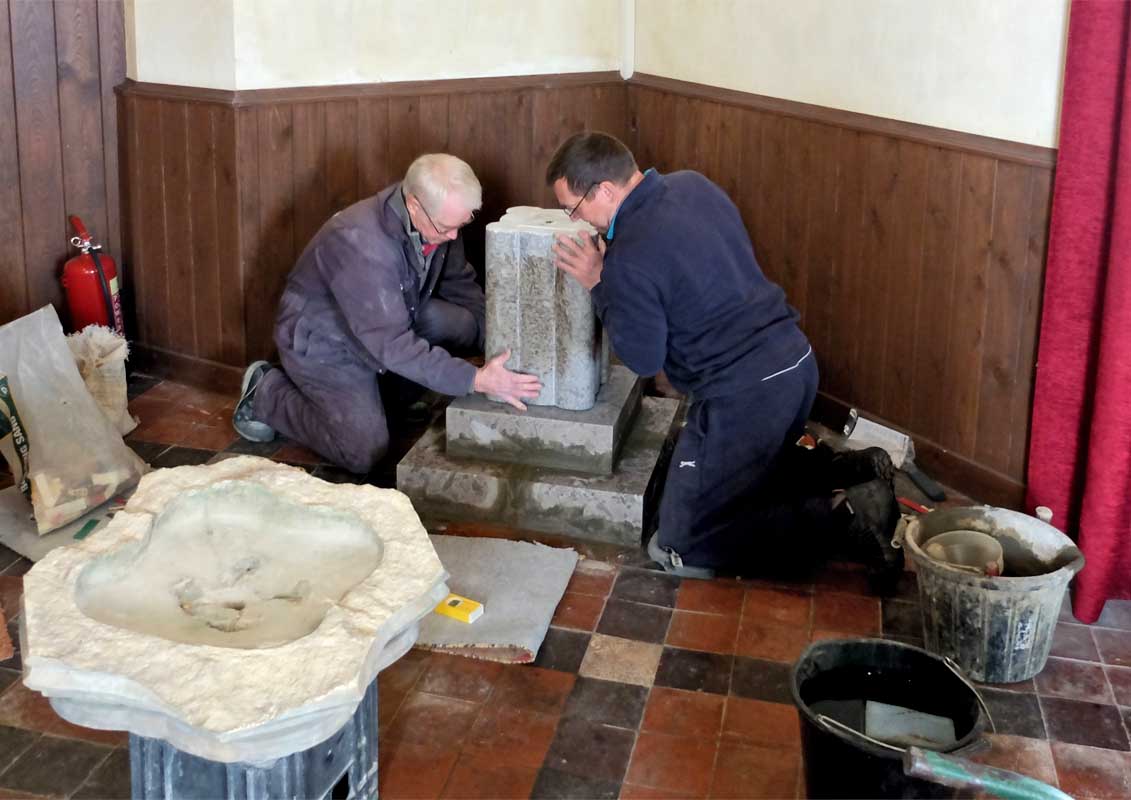 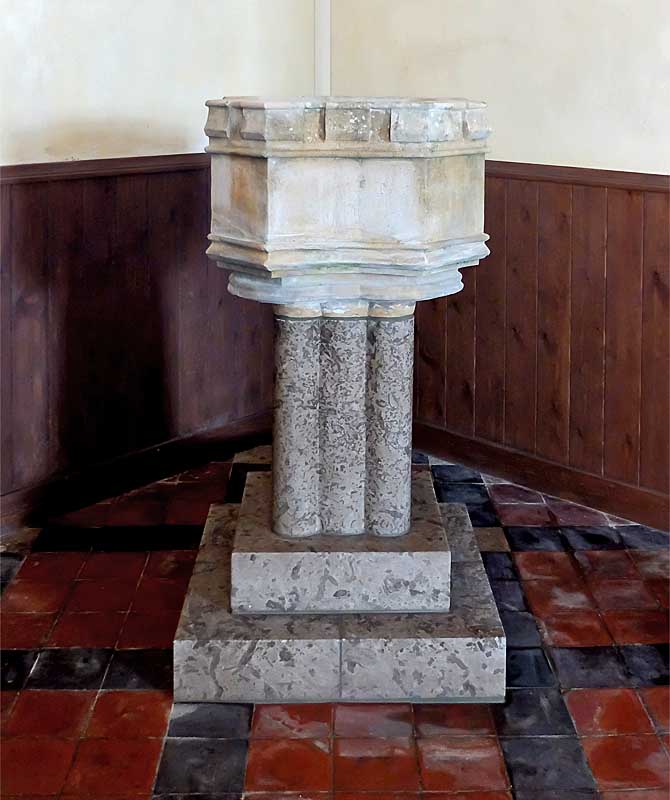 When St. Mary's was closed in the early 1980's everything from the interior was removed or vandalised. The medieval font was given to the Roman Catholic Shrine at Houghton St. Giles, North Norfolk, where it remained for many years. After hearing of the restoration work and the 'Angels' Award last year the font was offered back to St. Mary's, being surplus to their requirements.

It was removed from the shrine in late 2015, and repaired and restored by stonemason Bruce Riley. On 27th May 2016 he installed the font back in the church. It is probable that the marble plinth is of the same type used in Norwich Cathedral.

Currently (June 2016) there are still many people alive who were christened in the font before it was removed.