We were delighted with the turnout for our meeting on Friday 20 January 2023, 7pm, at Forncett Village Hall, in spite of the very cold, wet evening. Over fifty people from up and down the river and beyond, as well as a good number of Forncett folk, attended and enjoyed the inspiring presentations by our three speakers.

Tim Fisher of the Norfolk Rivers Trust gave the introductory talk, outlining the scope of the Trust’s work and his own role as Volunteer and Engagement Officer. As a result of the interest shown during the evening and the questions asked, Tim is going to work on a plan to visit the catchment and meet some of the people who have land bordering the river. He invited people to contact him to register their interest, ideas and observations, or to inquire about volunteering for the trust by email 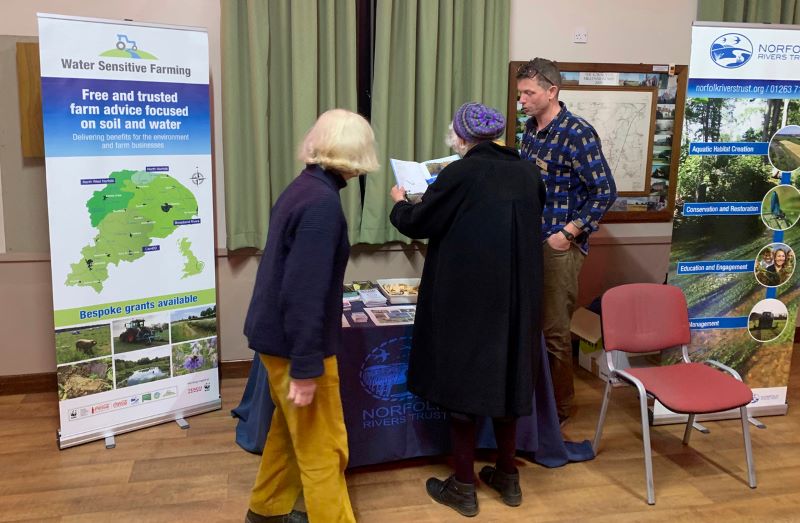 Rodney Aldis, one of the campaigners for the Chet Valley B-Line, then told us about the concept of B-Lines, which were originally devised by Buglife to conserve and increase the dramatically declining numbers of our native pollinators. The aim was to create countrywide networks of wildflower-rich habitats as a food source for all insects. (This in turn supports insect-eating birds, bats, amphibians etc, and so on up the food chain.) Funded by a Water, Mills and Marshes grant, the Chet project took off. The Rivers Trust supplied funding for an area near the headwaters of the River Chet to be seeded with green hay. This is a method of transferring seed from an established native meadow to a newly prepared site in a nearby location, thus preserving local flora. For optimal effect a B-Line should contain ‘stepping stones’ of flower-rich habitat no more than 500m apart along the 3km wide pathways, which enables the insects to fly from one to another. The B-Lines are often situated in river valleys which form a continuous linear structure providing the essential migration, dispersal and genetic exchange of wild species.

The Chet B-Line was the inspiration for Forncett Nature Matters’ interest in creating something similar along the River Tas catchment, in addition to our initial aim of encouraging wildlife corridors throughout our own village. We now have contacts and supporters along the twenty mile length of our river, one of whom, was our next speaker.

The health and biodiversity of our river was addressed by Ross Jolliffe, in his wonderfully illustrated talk about the Tas which borders his property. Wildlife of the water and riverbank were shown in Ross’s fine photos and video. A precious, rare, small colony of native White-clawed Crayfish has been discovered!  Countrywide, the survival of this species has been threatened by the invasive American Signal Crayfish; work at Banham and Bristol Zoos is being undertaken to breed our native crayfish for release into suitable areas.

There were brown trout, pike and chubb in an underwater film of the river, and Ross also showed us otters and water voles, as well as a variety of raptors, deer, and much bird life adjacent to the river. The four and a half acres were initially overgrown with willow and choked with a tangled, impenetrable under storey of nettles and brambles which needed cutting back to readmit light and encourage a wider range of flora. Nowadays the area is lightly and sympathetically managed, and winding paths are cut through the vegetation. The results of Ross’s strategy are brilliant for wildlife. You can watch Ross’s short video here

There was much animated discussion following the talks while people enjoyed homemade cake and a cuppa. New contacts were forged and plans for future activities made.

A very big thank you to all our participants. The speakers gave generously of their time and expertise and we are very grateful for their input and willingness to share their knowledge. Thank you to Norman Stevens for organising the tech side of things. It was also good to have on hand Helen Baczkowska of Norfolk Wildlife Trust who has supported us since FNM’s beginnings. 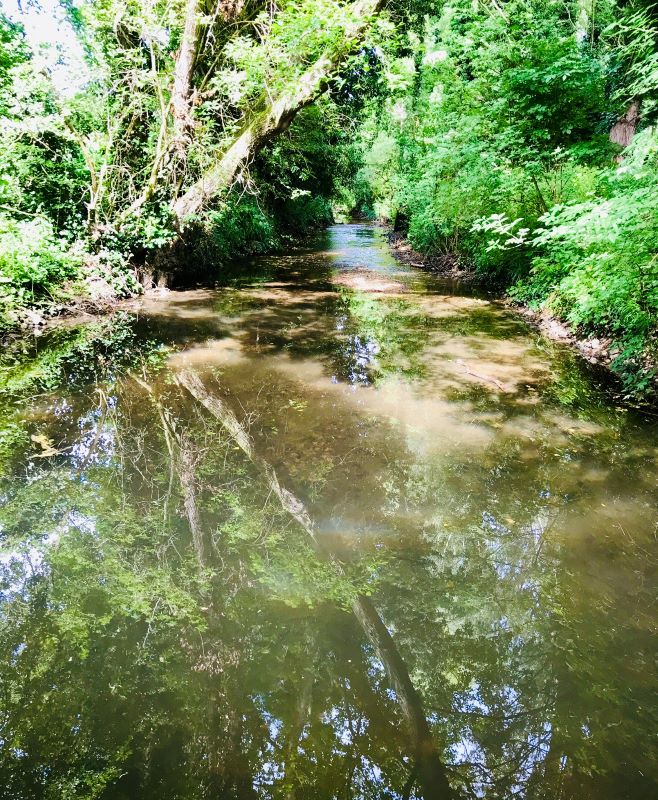