The Job of the Tree Warden

We are lucky in Forncett to have a Tree Warden. The Tree Warden Scheme had its origin in the early 1980s; before that time, no-one thought it necessary to extend particular protection to trees. It grew rapidly though after The Great Storm in 1987 when around 15 million trees were lost. Trees are of course, a precious and vital part of our environment; for the economy, helping the climate, providing rich habitat and enhancing the landscape.

A Tree Warden is appointed by the Parish Council. He or she will be knowledgeable and have an enthusiasm for the subject. He might also be a bit of an opportunist, always having an eye open for sites which could be suitable for trees. Our Tree Warden is Bob Hosea and he has agreed to be interviewed.

The first question I asked Bob was did the role involve a great deal of walking? Bob replied that he doesn't cover great distances although his patch is a sizeable one, being 4.15 square miles. From this area though, private land and gardens are excluded. He has usually planned a section of highway or public land to survey and he finds looking at hedgerows and trees so naturally interesting that he is not aware of fatigue.

'What', I asked Bob, 'are your main duties?' Before outlining these, Bob gave me some background to the way in which his role here in Forncett has developed. Several years ago, South Norfolk District Council gave the tree wardens 'independence' and so they formed the 'South Norfolk Tree Wardens Forum', funded principally by Bussey's car group. Annual meetings, workshops and forums are held and new saplings purchased. Bob does still report to and work with the Parish Council however. His role entails keeping an eye on trees in trouble. He responds to requests to assess the health of a tree and if they pose a risk will make a report. Finding fresh opportunities to plant trees is a further very important task.

'Do we have many 'veteran' trees?' was my next question. A veteran oak would be at least 3 metres 77 cms in girth, measured a metre above the roots, whereas a veteran birch would have a girth of a metre and a half and would be 150 years old. An oak classified as ANCIENT would have to be at least 400 years old. Bob replied that trees that satisfy these requirements probably exist on private land and in gardens. One such is an oak in a field nearly opposite Church Farm on Low Road, before the bend leading to Long Stratton. It is a relic however, killed by a fire caused, it is said, by schoolchildren in the 1980s. The fire was tackled by firemen and nowadays it is hollow, picturesque, with an exciting window carved in the trunk and measuring a stupendous 6 metres girth at least. This is an approximate measurement, on the low side if anything. Before this very sad incident this Forncett landmark would have been standing for at least five centuries. The biggest living veteran in Norfolk is 6.64m in girth at Dunston Hall, a Giant Sequoia. 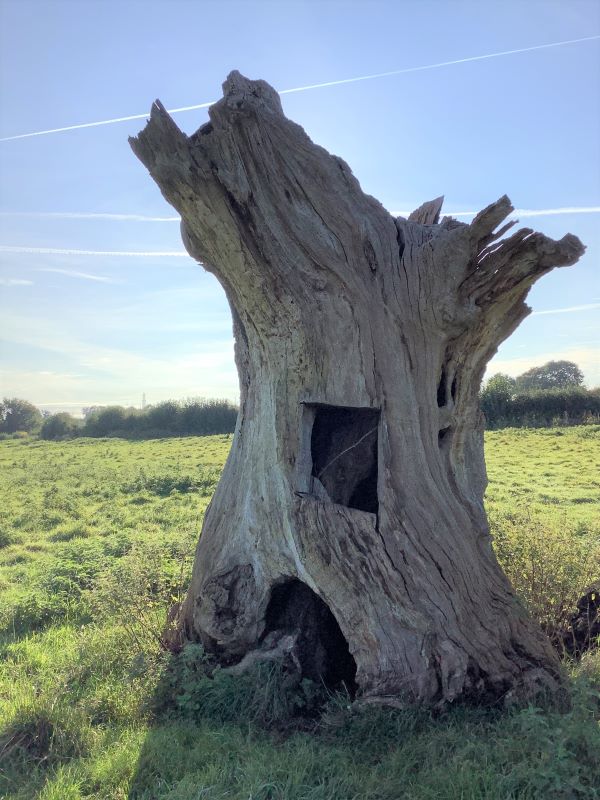 'Which trees are best suited to Norfolk conditions?' I asked. The reply to this was that 5,000 years ago Norfolk was covered in broadleaved woodland. Trees flourish here, but those that are allowed to reach full height and maturity are often found to be oak, lime, hornbeam, ash, hazel and maple.

'How many trees have you personally planted?' One of the tasks Bob is charged with is to persuade landowners to allow him to plant trees on their land. For example, there is a lovely stand of trees running alongside the road from Long Stratton into Forncett as far as the houses on the old CPS fuels site: Dick Barnes extended permission for this. Other sites include a half a kilometre of footpath on Becky and Andrew Ryan's farm on which hundreds of sapling hedgerow and trees were planted by a large group of village volunteers under Bob's direction. Another site on which Bob planted oak trees, is further along Low Road on land belonging to the Burridges and a little further on, within St. Mary's Church precincts, a line of mixed lime and hornbeam with some oaks interspersed. A further responsibility for the Tree Warden, Bob told me, is the after-care essential for the newly planted saplings. Altogether, this new planting would number some hundreds of new, climate helping, habitat providing, landscape enhancing trees! 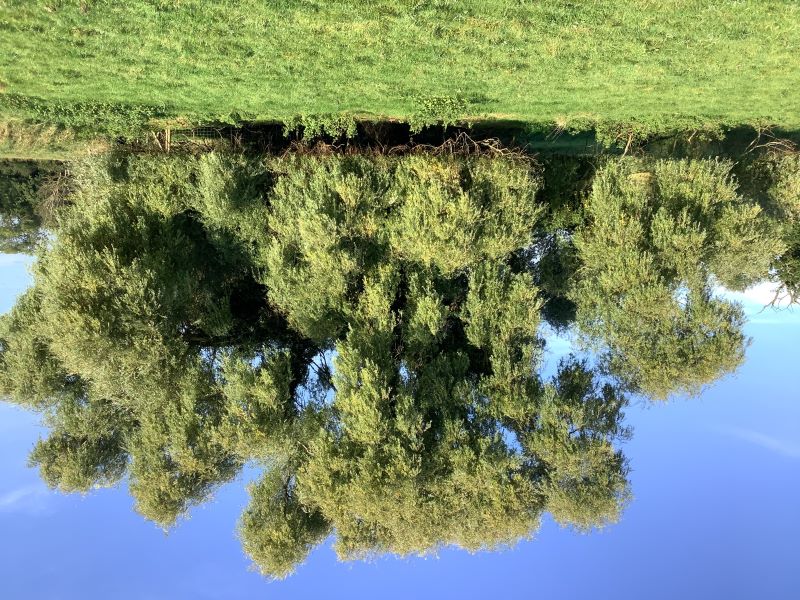 'Were there' I wondered, 'any laws protecting trees?'   'Certain trees', Bob told me, 'are subject to Tree Preservation Orders'. The drawback of this legislation, however, is that developers can infringe the order as the fine they would pay would not be a sufficient deterrent.

Trees are a much loved and valued part of our landscape. They help us breathe, they store large amounts of carbon, they mitigate flood and improve the soil. One oak tree can support thousands of species. Tree wardens do a wonderful job so thank you Bob.