What is Wilding All About?

We are confronted by climate breakdown and rising inequalities in our society and throughout the world as forest fires break out, disastrous flooding occurs, temperatures increase and longer dry seasons cause crops to fail.

The UK has led the world in destroying its natural environment through centuries of building, industry and more recently intensive agriculture.

It is easy to feel anxious and hopeless but it is heartening to see a surge of people responding in imaginative ways to the crises and a growing awareness that caring for, and protecting the environment in our own localities, can make a difference. Humans are not above nature they are part of it and what we do to nature we do to ourselves.

The UK has only half of its natural biodiversity of plants, insects and animals left, (Natural History Museum). We are the most degraded country in Europe. Biodiversity matters: everything we do from the water we drink, the air we breathe and the food we eat is dependent on the natural world of which we are part. The spread of intensive agricultural practices is the major driver of the decline of the UK’s wildlife. 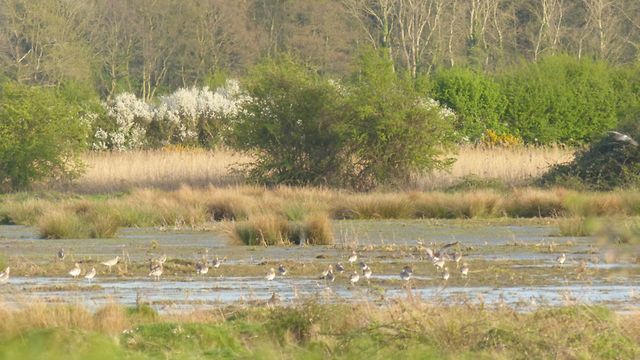 In Norfolk two estates, Ken Hill and Somerleyton are re-wilding significant tracts of land influenced by the 2018 best seller” Wilding” by Isabella Tree. It describes the transformation made at Knepp, the mixed dairy farm in Sussex, owned by Tree and her husband, into wood pasture – restoring a richer, more complex countryside that was the British landscape for thousands of years before the industrial revolution.

As Tree says “…This ‘deeper’ nature holds the key to our future, not only in terms of mental health but in ways vital to our long term survival: the protection of watersheds and water, air decontamination, flood mitigation, soil restoration, the provision of pollinating insects, the safeguarding of biological diversity and the natural [storing] of carbon.”

Ken Hill and Somerleyton are part of Wild East, a group of progressive farmers, landowners and nature bodies in Norfolk and Suffolk who are trying to ensure the recovery of the natural world and make changes in farming practices. They want to map our region, aiming in 25 to 50 years to make it wilder, wetter and more wooded with vital green bridges and corridors. They want to take their ideas into all local schools, ‘ a movement of people for nature for ever’, to educate young people on how to protect biodiversity through regenerative farming and through gardening with wildlife in mind. Providing breeding habitat, shelter, food and water in your garden makes a mini-nature reserve! Many species will benefit if you can leave a nettle or bramble patch or allow some rough grass to grow alongside a hedge.

Regenerative farming can include introducing hardy breeds of cattle and sheep and Exmoor ponies, all roaming free. This now includes the establishing of beavers colonies. These ecosystem engineers can reshape valley bottoms by damming streams and creating ponds and waterways that can fill with birds, amphibians, dragonflies and fish while preventing flooding! In April and October, near Heacham on the Ken Hill estate, four beavers were introduced into a sixty acre fenced enclosure to begin to breed, build and transform the landscape. This is the first time Beavers have inhabited Norfolk for four hundred years.

Tree thinks wilding can occur in tiny settings – from window boxes to small wild patches in our own gardens and churchyards. The Chet valley B-line, started by South Yare Wildlife Group, is a ten- mile corridor friendly to pollinating insects along the River Chet. It starts at Poringland and is based on preserving and setting up wild patches of ground.

The charity Re-wilding Britain is calling for core re-wilding areas across the UK. They call for nature restoration to preserve and re-establish forests, peat bogs, moorland, heaths, grassland, salt-marsh and sea-reefs, where as many natural processes and species can be restored as possible to avert climate breakdown.

A large amount of evidence shows that when we are in contact with nature our mental health and wellbeing is improved. Being in contact with trees, grass and wild spaces reduces our cortisol levels, de-stressing our minds and bodies. This was evident in the Spring lockdown of 2020. As we destroy nature of which we are part we destroy ourselves.

‘Wilding: the return of Nature to a British Farm’, Isabella Tree, Pan Macmillan, 2019.