For the first time in the history of Heritage Open Days St Peter's is joining in!  An opportunity to go behind the scenes and it's free.  Step inside the exceptional flint round tower of St Peter's Church - an Anglo-Saxon treasure built around 1000 AD. A very rare 16th century stair and a jewel window await you. 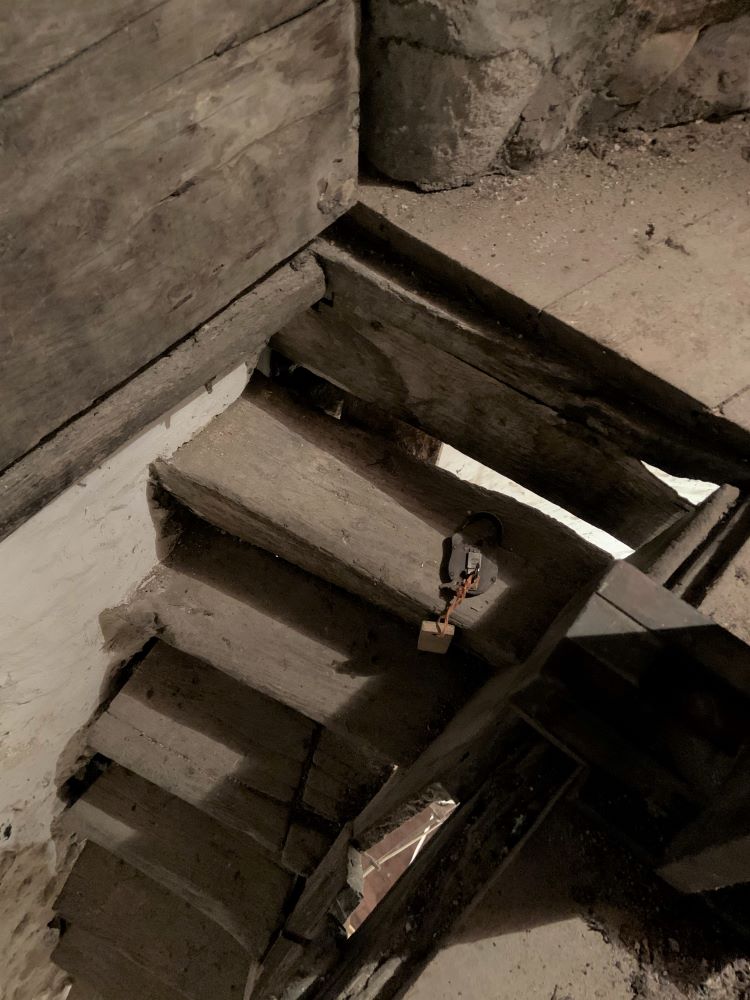 The top of the ancient staircase Photo: A Moskvina

The round tower of St Peter's Church, Forncett St Peter, is usually locked for safety reasons. Today you will be able to step under the narrow arch and stand within the massive walls, where the bell ropes snake down from the bell loft above. Access up the tower is via an extremely rare wooden staircase, shaped to the curve of the wall, the great treads worn by the foosteps of generations. Gaze up into the darkness and wonder. The stair and tower access is too dangerous to go up now, but there will be photographs of the upper floors. One of the small lancet windows is a gem of gleaming Victorian stained glass. The tower is considered one of the finest Anglo-Saxon round towers in the country and you can also explore the rest of the church which is usually open, with Anglo-Saxon herringbone flintwork in the chancel and Norfolk flushwork in the porch. Take a look at the pew carvings - seasons of the year, the vices - they are all here. Can you find avarice? Volunteers will be on hand to tell you the very special story of St Peter's. A wonderful setting where William and Dorothy Wordsworth walked in the late 1700's; perfect for a short - or longer - walk along the adjacent Tas Valley Way before tea. Refreshments available.