"I will pick the green yarrow that my figure may be fuller...that my voice will be sweeter...that my lips will be like the juice of the strawberry." Long ago in Ireland, a young woman might have recited this chant in Gaelic.

This will be the first in a series about wildflowers found in St. Peter's churchyard, their medicinal uses and the folklore surrounding them.

Yarrow,  is an ancient wildflower steeped in folklore. Not only was it believed to increase physical attractiveness, it is said it was used by Achilles, the greatest of all Greek warriors,  in the Trojan Wars, to treat wounds inflicted by iron weapons.  Anglo-Saxons here in Britain pounded the plant and mixed it with grease to heal wounds. It is excellent for staunching blood flow, reducing inflammation and fighting infection (hence the old name, 'hedge woundwort.')  Yarrow has a delicate white flower and feathery foliage.  Nowadays it is believed that it can treat depression and anxiety as well as relieve digestive disorders and it can be found in health shops. 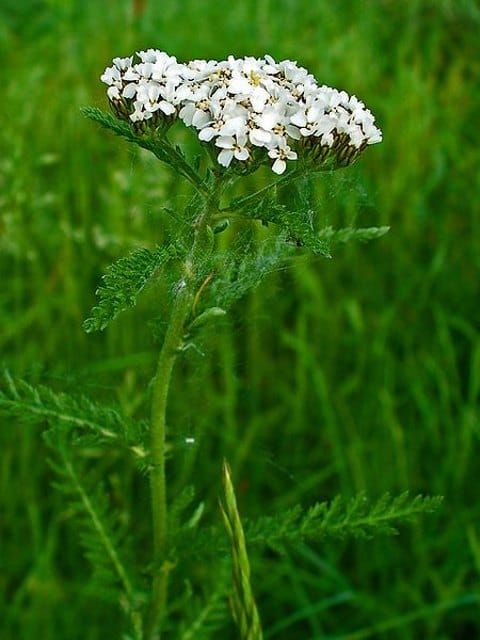 Yarrrow is one of many wildflowers which have been probably been growing  for centuries in Forncett St. Peter's churchyard and maybe it is not fanciful to imagine that villagers made use of it in Anglo-Saxon times, or in The Middle Ages.

The history of plant use for medicinal reasons is as old as mankind itself and accounts of their different applications can be found across civilisations and centuries.